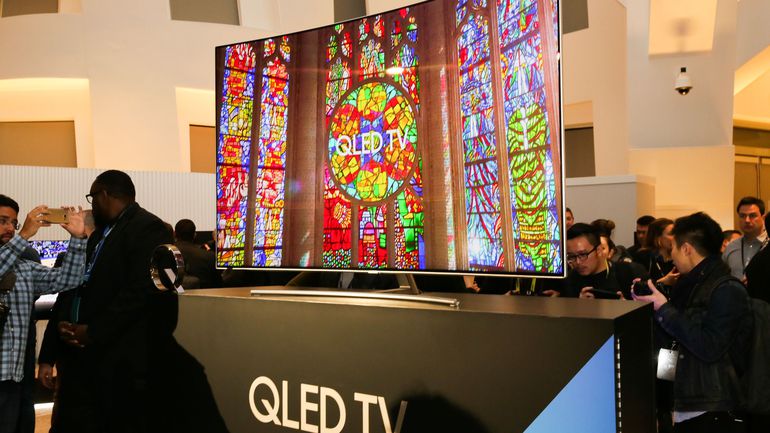 Samsung leaks customer data, tells them to take it up with the shipper

Earlier last month, Samsung showed off its new QLED TV series at CES 2017. Introducing three models, the South Korean TV maker said it's ushering us "in a new era in home entertainment with QLED TV." Okay, but exactly how much do these new-era TVs cost, everyone asked. The company has now shared the pricing details of its new Samsung QLED TV series, and well, it's not cheap.

Samsung touted its new QLED TV series at CES, promising better picture quality and improved color reproduction with a brightness that doesn't have to be compromised regardless of how wide the viewing angle is. Samsung's new QLED lineup is designed to rival TVs from Sony and LG. At the show floor, LG claimed that its Nano Cell Color Technology delivers better results than Samsung's Quantum Dot technology.

But, Samsung is not having it. "Samsung’s QLED TVs deliver today’s most remarkable picture, with stunning brightness, the deepest black levels, and most of all, pure and rich colors, thanks to our new Quantum dot technology," the company said. Samsung is also focusing on aesthetic features of its new TV lineup, including an Invisible Connection cable that is designed to declutter your living area.

Samsung is probably the first to bring its latest TVs to the market. We are yet to hear about LG, which is expected to ship its CES-showcased models later in Spring.

Samsung, Amazon, and Best Buy have now opened up preorders for the Samsung QLED TVs, with shipping dates in late February and March for some models.

Were you impressed by Samsung's Quantum dot LED TVs? Do you think they're worth more than last year's OLED models? Don't forget to let us know if you'll be pre-ordering one of the Samsung's QLED TV models.