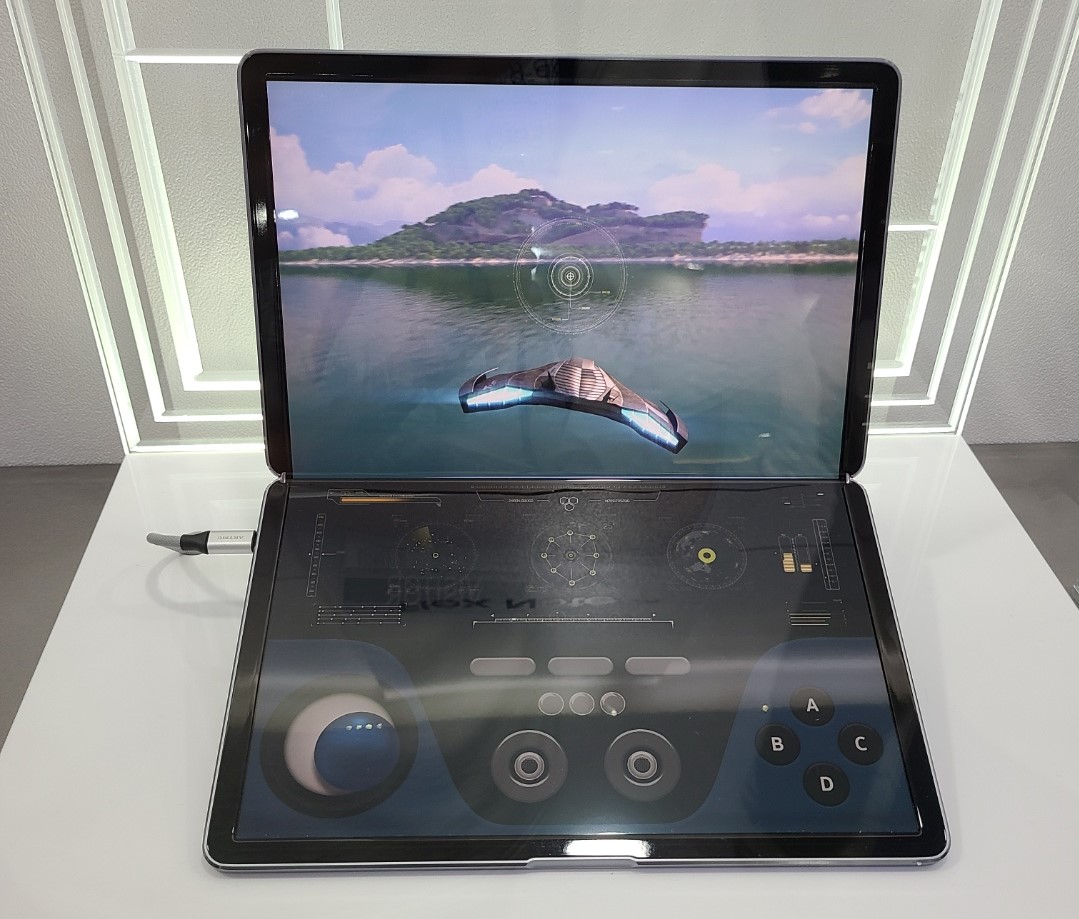 As part of Samsung’s ambitious plans to release foldable products of varying display sizes, next in line, according to a teaser shared by one tipster, is the Galaxy Book Fold 17. Judging by the name, it will likely have two touchscreen-capable displays that can be folded together.

Another Prediction Is That the Galaxy Book Fold 17 May Launch in Q1, 2022

The official name of the product has been shared by Ice Universe on Twitter, and upon reading the thread, we came across some interesting details. Firstly, it looks like Samsung is working on a dual-screen tablet of sorts, separated by a hinge mechanism, similar to the Surface Duo. On this occasion, the device features a massive 17-inch screen when unfolded and 13 inches when folded, according to the predictions of FrontTron.

It is also unclear if the Galaxy Book Fold 17 will come running Windows or Android out of the box. We believe Samsung will opt to use Windows since a product like this can benefit from running Windows as the increased screen real estate improves productivity. Then again, as a standalone product, things might become complicated as a dual-screen device will only have a virtual keyboard for tackling productivity tasks.

Users interested in the Galaxy Book Fold 17 will likely need to purchase separate peripherals such as a keyboard and a mouse to take advantage of it, and that is only if they are sitting in a stationary position. Then again, Samsung will likely be developing this product for the niche market, and even then, do not expect an affordable price tag to go along with the entire package.

There is currently no word on the specifications of the Galaxy Book Fold 17, but since the name revelation is a start, we will wait for more updates to arrive in the future, so stay tuned.