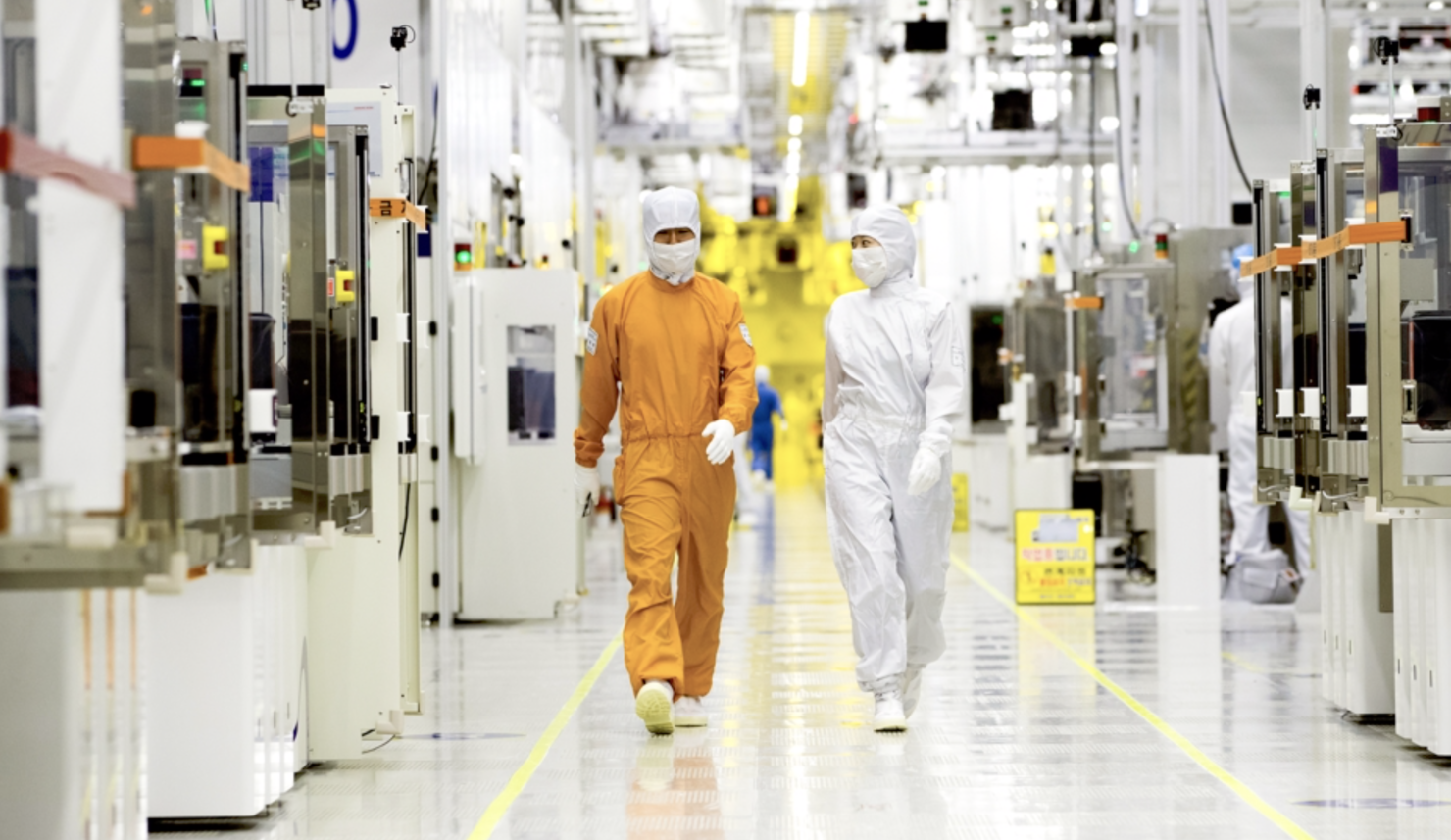 Inside a Samsung foundry; Samsung Electronics

South Korean technology giant Samsung Electronics is purportedly investigating fraud at its chip manufacturing division Samsung Foundry. Samsung Foundry is only one of the two contract chip manufacturers in the world that is capable of producing semiconductors on the advanced 5-nanometer (nm) chip process. The efficiency of such processes is determined by what is referred to as a 'yield' in the semiconductor industry. A fresh report circulating in the Korean press is now claiming that executives at Samsung Foundry might have fabricated the data for 5nm and 4nm yields, in an effort to misplace the funds allocated by the company to improve chip manufacturing efficiency.

The report, which surfaced earlier today in Korea, comes courtesy of Infostockdaily, and it mentions the yields for Samsung's latest chip manufacturing technologies, which are the 5nm and the 4nm process nodes. The yield of a chip process refers to the number of chips in a wafer that meet quality testing standards, and it is a key parameter that is evaluated by foundries through early production runs before full scale manufacturing kicks off.

According to the Korean publication, officials at Samsung Electronics are conducting an investigation on the whereabouts of the funds that had been allocated to Samsung Foundry for improving its chip manufacturing process yields. This is to determine whether the figures for the yields of the 5nm and 4nm nodes were falsified in order to create an impression that all is well at Samsung's chipmaking arm when reality would suggest otherwise.

Samsung and the Taiwan Semiconductor Manufacturing Company (TSMC) are the only two in the world that are selling chip products to customers under the 5nm branding. The pair are currently locked in a race to be the first to deliver 3nm products to the market.

Infostockdaily quotes an official familiar with the matter at Samsung Electronics stating that:

"Since the delivered quantities is struggled to meet the recent foundry order volume, we have doubts about the yield of the non-memory process, which has was known to be achieved. The management consulting investigates the claims on the yield of a semiconductor foundry by former and current DS division executives. The consulting will determine whether the claims are false"

Reports from the Korean press have already suggested that Samsung's yields for the 4nm process were shockingly disappointing and might have touched as low as 35% for San Diego, California chip giant Qualcomm Incorporated's flagship Snapdragon smartphone system on chip (SoC). This figure implies that out of 100 Snapdragon chips present on a silicon wafer, only 35 were able to clear the required quality control standards.

These reports have also hinted that Qualcomm has chosen to rely on TSMC for its 3nm chip needs and shifted a portion of its 4nm products to the Taiwanese company as well. In addition to Qualcomm, Samsung also manufacturers semiconductors for Santa Clara, California graphics processing unit (GPU) designer NVIDIA Corporation.

TSMC itself is reportedly facing yield problems with its 3nm process, which is set to enter volume production later this year. Reports of yield fraud at Samsung are yet to be corroborated by other publications, with Infostockdaily being the first to outline the possibility of fund misappropriation. Samsung officials have also stated that the investigation is routine and the situation is premature for disclosing any additional details.