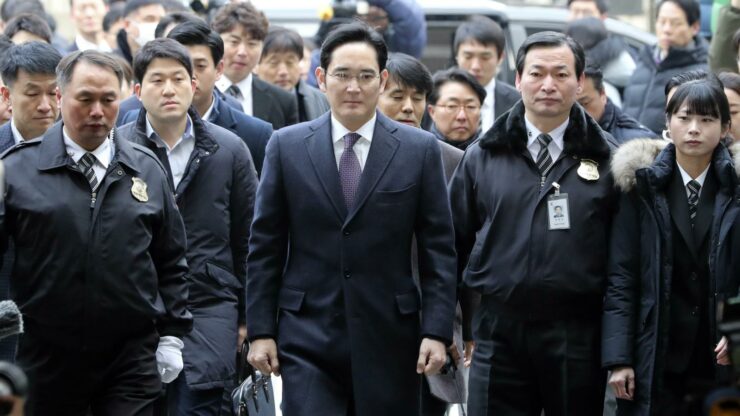 Samsung heir Lee Jae-yong has been sentenced to 2.5 years incarceration on bribery charges. An appellate court in South Korea ruled out the verdict, and they announced the sentence today after a trial that lasted quite a long time. The trial also involved President Park Geun-hye, former President. Lee's incarceration is definitely a huge shock and will result in a vacuum being created in the company.

Korean Herald broke the news today, and for those who don't remember the reason for Lee's was in legal ho waters because he bribed an associate of the former South Korean President Park Geun-hye so Samsung C&T and Chieil industries ould merge, which would have allowed Lee to succeed his father and gain successful control of Samsung Electronics. This is what the court had to say during the sentencing,

It is hard to say that Samsung’s compliance committee has met its effectiveness. It is inappropriate to reflect this in the sentencing.

In the midst of the final phase of the retrial that took last year in December, prosecutors demanded a prison sentence of 9 years. This is what the prosecution had to say,

For the sound development of our society, Samsung’s position is to show a firm attitude in corruption and set an example

This imprisonment will leave Samsung without proper leadership, making it difficult for the company to compete against rival companies like Apple. At the time, we are not sure how Samsung will withstand the blowback, but we will keep you posted as the new development takes place.