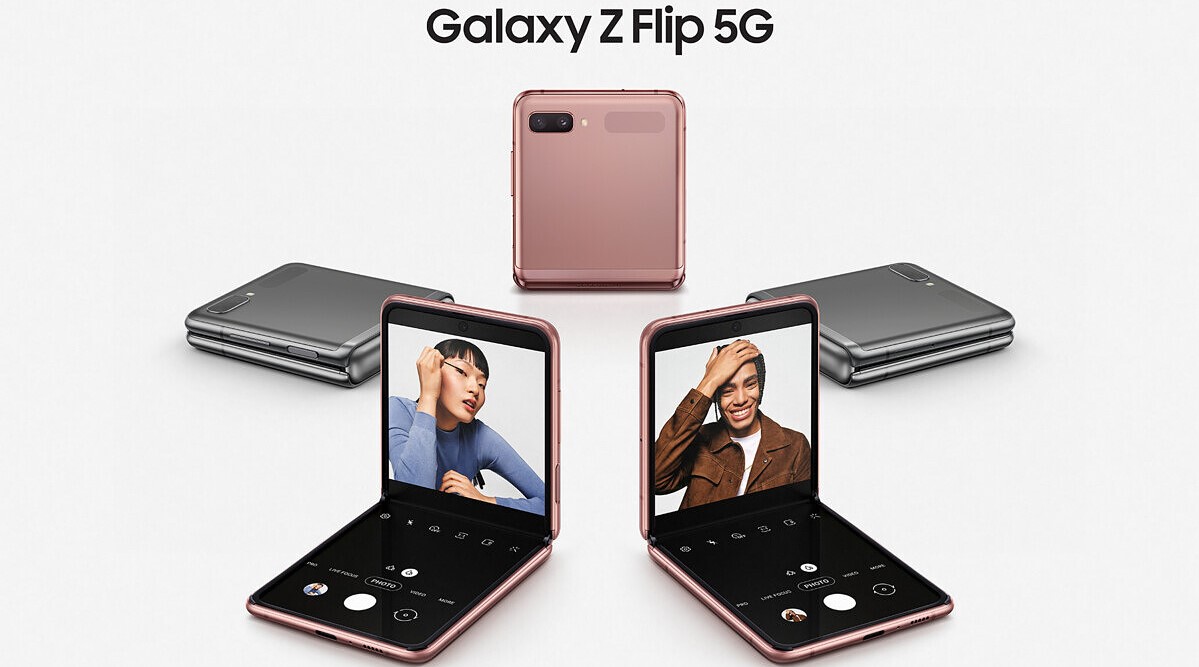 It has not been a long time since Samsung released the Galaxy Z Flip and while the device certainly got the attention, Samsung decided it wanted to do more, and surprisingly, the company has gone ahead and released the Galaxy Z Flip 5G as well. The reason why it is surprising is that speculations pointed towards an August 5th announcement at the Galaxy Unpacked, but seems like Samsung was in a hurry as we now have all the details that we needed about the device.

The Samsung Galaxy Z Flip 5G Brings Snapdragon 865 Plus, Along with a Familiar Design and New Colours

Not a lot has changed when you are talking about the device itself. You are still getting the same feature as the original Galaxy Z Flip. Which means that the Galaxy Z Flip 5G will bring a 6.7-inch full HD infinity flex display. On the outside, you also have a 1.1-inch display that has a resolution of 300 x 112. You also have a 12-megapixel standard camera and a 12-megapixel ultra-wide camera. The front-facing camera remains the same 10-megapixel unit.

As for the rest of the specs, the biggest change here is the chipset as the Galaxy Z Flip 5G will be powered by the latest Snapdragon 865 Plus from Qualcomm; this chip comes with its Prime Core overclocked to 3.1GHz, you also have 5G connectivity thanks to the X55 5G modem, which means that you are going to get speeds of up to 5Gbps. For those interested, the Galaxy Z Flip 5G will have the support for N41, N78, and N79 bands on both SA as well as NSA 5G networks.

The device is coming to the U.S in Mystic Grey and Mystic Bronze colors. The unlocked variant is priced at $1,449.99 which you can buy directly from samsung.com, Amazon, Best Buy starting from August 7, later this year. The carrier models from AT&T and T-Mobile are also going to be available on the same day.