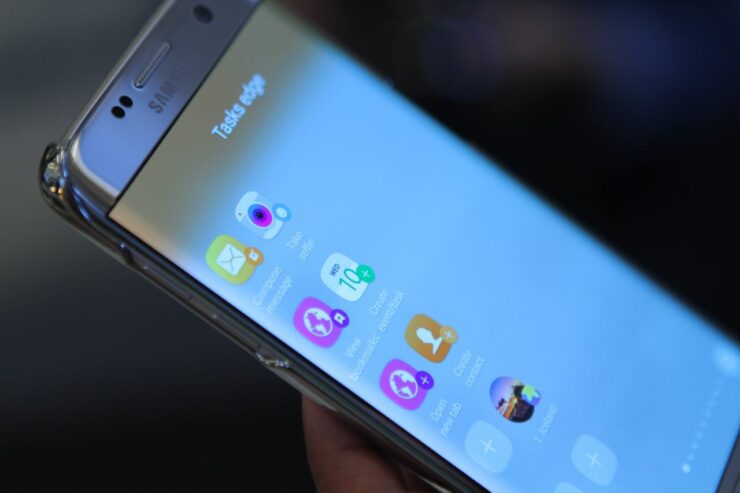 Samsung's Galaxy S8 has started to build up quite a hype. The rumor mill's been very generous so far for its specifications.. Aside from visual details, we've seen nearly every other specification for the Galaxy S8 surface online. From hardware to multimedia, Samsung's upcoming flagship looks to be very promising. The Korean tech giant is eager to leave the Note 7's legacy behind and it just might pull it off with the next Galaxy. Now, some more information about the device's software has surfaced. Take a look below to find out more.

Talking tech, hardware has reached a point where upgrades seem to be useless. Rather than facilitate user experience, smartphones these days are in a race for top specifications. Samsung's been a pioneer of this trend and now looks like the Korean tech giant's got other tricks up its sleeve. We've heard some details about software development on the Galaxy S8 over the past months.

Aside from firmware development being on target, rumors also suggest an improved software interface. While such rumors accompany nearly every Galaxy S launch, this year things just might change. Android's changing after all and Samsung should be quick to adopt, particularly if it wants to make a quick recovery from the Note 7's ill fortunes. To that end, the Korean media has spotted an interesting trademark filing for the company. It might provide hints on what Samsung intends to do this February.

The application has been filed recently in South Korea. Bixby, according to the filing is a “computer application software for smartphones, mobile telephones, portable computers and tablet computers, Namely, software used to operate voice recognition system.” It'll have quite a lot of features under the hood. Bixby will support voice recognition and hands free operation, features that are already present in other smartphone virtual assistants.

Google upped the game significantly when it launched the Pixel and Pixel XL featuring Google Assistant. Apple's Siri and Microsoft's Cortana have been around for quite a while as well. It's high time for Samsung to enter the fray, and with Bixby the Korean tech giant should have something worth consideration. A virtual assistant will be the cherry on top for the Galaxy S8 and should help Samsung a lot. Thoughts? Let us know what you think in the comments section below and stay tuned for the latest.