With CES about to start in Las Vegas, a variety of manufacturers will be debuting their next devices this month. But by the looks of things so far, Samsung's Galaxy S6 will not be included in that list, as the manufacturer has not provided any official word on its next flagship smartphone. According to a latest report today, while the Galaxy S6 will present in Vegas for the CES, the device will only be showcased to Samsung's select partners, and not to the general public. That however does not stop leaks about the device from occurring, as today well know french site NWE has posted images of what appears to be the aluminum unibody for the Samsung Galaxy S6. 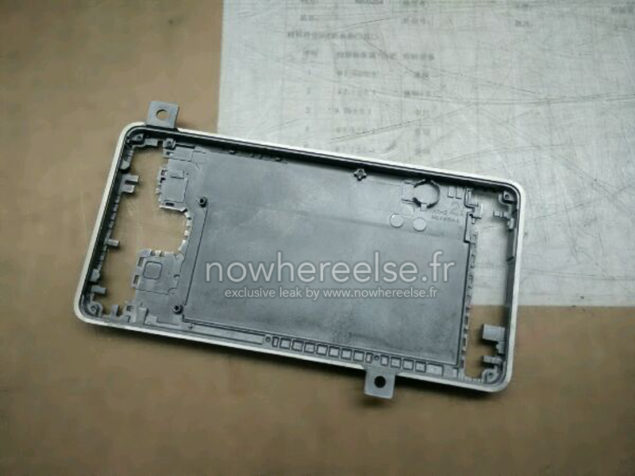 The images received courtesy of NWE show an aluminum frame apparently manufactured on Samsung's behest. These images represent the final approved chassis for the Samsung Galaxy S6, as the Korean giant had reportedly been going through several variants before making the final decision. But whether the aluminum frame belongs to the Samsung Galaxy S6 or a variant is still unknown as of now. 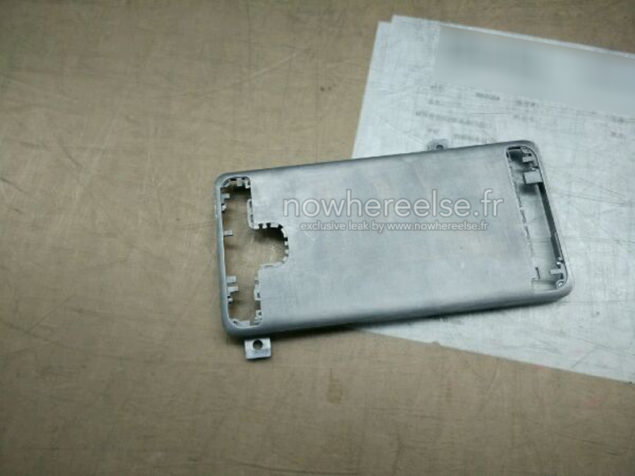 Taking a general look at things, by the way the component is cut, one can make the assumption that the piece might indeed be intended for a Samsung device. We've also seen images of the Samsung Galaxy S6's metal chassis surfacing before. You can take a look at them here. The Samsung Galaxy S6 is expected to come in two variants, one with a simple screen and the other with a dual edged screen resembling the Galaxy Note Edge. Processor for the device is expected to be the Snaprdragon 810 and the Exynos 7420 depending on the market. This can potentially be supplemented with 4 GB of RAM and a 20 MP rear camera. Stay tuned. We'll keep you updated.