If you've ever bought a flagship Samsung Galaxy handset in the past, then you'll be acquainted to the fact that the Korean company doesn't shy away from giving away tons of freebies to its customers, that can be worth up to a few hundred dollars in market value. With the Galaxy Note 5 and the Galaxy S6 Edge+ now on sale, Samsung is giving away a bunch of freebies yet again, and we have the complete list of what you'll be getting this time around.

The freebies are somewhat extensive, and there's something in it for everyone. For instance, as part of its 'Galaxy Gifts' bundle, the company is giving away 100GB of OneDrive storage for two years absolutely free, which would otherwise set you back $48. And if you're asking us, that's a pretty killer deal, considering how users usually stick with a flagship smartphone for two years tops.

Apart from the OneDrive offer, Samsung is throwing in a bunch of goodies for readers and gamers alike. And instead of us going through what's on offer, here's the screen grab directly from Samsung's Galaxy Gifts page. 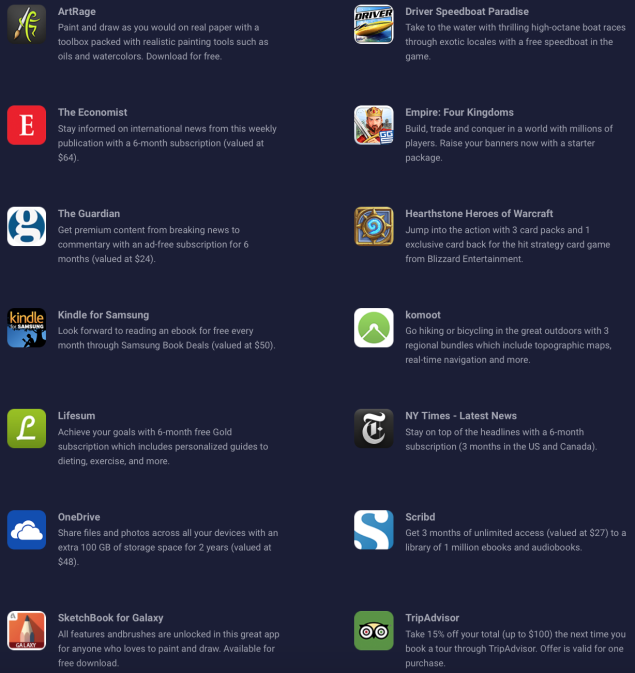 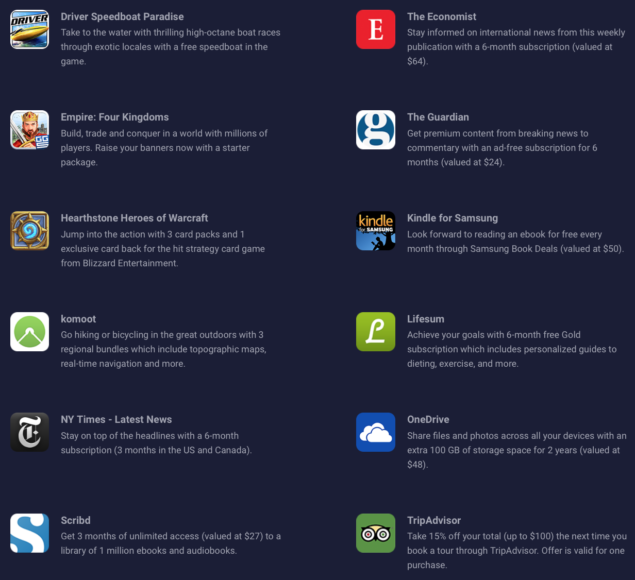 If you find the above text unreadable, then be sure to click on the image for a larger view.

With the release of the Galaxy Note 5 and the Galaxy S6 Edge+, it's a clear sign that Samsung wants to push the boundaries of what it's capable of doing. And with the Galaxy S6 and Galaxy S6 Edge not being the star hit the company had hoped them to be, there's a lot riding on the two larger handsets to come out of South Korea.

Samsung has been in hot waters for a long, long time, especially when it comes to using plastic as the material of choice in its flagship lineup of devices. With the release of the Galaxy S6, the company took a tight turn for the better, hoping to push things back to where they originally were. And to make sure that happens, Samsung is giving away a bunch of great goodies with its Galaxy Note 5 and the Galaxy S6 Edge+, to further entice customers towards its ecosystem.

Also keep one thing in mind, all of the above mentioned freebies are subject to change and may or may not be available in every region. So keep that in mind before you shower yourself in rage after buying Samsung's flagship phablets.

Do share your thoughts regarding the freebies with us in the comments section below.