Samsung Galaxy Gear S2 Now Available For Pre-Order At Verizon – Here’s How To Order One?

During the official announcement of Galaxy Note 5, the South Korean firm also teased its upcoming wearable, and was being called as Galaxy Gear S2. The wearable is now up for pre-order at Verizon, and we will show you how you can get one for yourself. 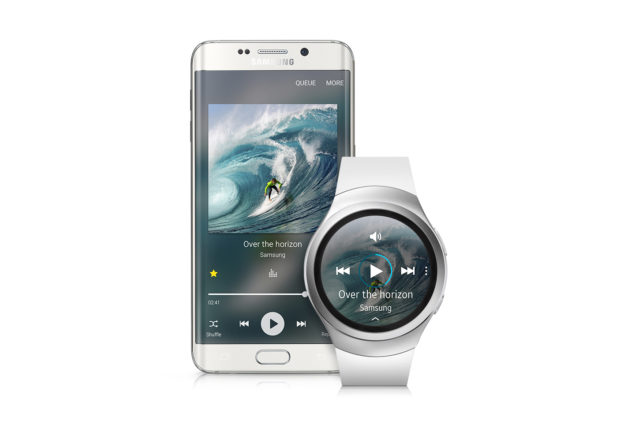 There Are Several Models Of Galaxy Gear S2 – Here Is How To Order One For Yourself?

Keep in mind before placing your order that there are several models of Galaxy Gear S2 and they will vary in prices depending on which one you decide to purchase. Currently, there are three models listed on Verizon’s website.

Coming to the specifications of the wearable, Samsung has shifted away from Android Wear and the device is running the company’s Tizen OS. For those wanting to call from their smartwatch, Galaxy Gear S2 is incorporated with its own cellular radio just like its predecessor and it has a 1.2 inch AMOLED display. AMOLED have started to become a popular form of display in wearables because of their ability to provide higher battery life in comparison to other displays.

There is also an Exynos 3520 chipset present, along with a Qualcomm MSM8x26 3G modem. Keep in mind that the Bluetooth model has a 250mAh battery, while the cellular radio model has a 300mAh battery. This will deliver negligible battery life improvements, but something is still better than nothing. Given below are the dimensions for each model.

There is 512MB of RAM, along with 4GB of internal memory for storage purposes. There is also support for Bluetooth 4.1, NFC and you will also be happy to know that the wearable is IP68 certified, making it water resistant up to a certain degree. Earlier, we had reported that Galaxy Gear S2 would be compatible with Apple’s iPhone, which will offer iOS users a whole new degree of flexibility. Additionally, the wearable will also be compatible with the following smartphones: 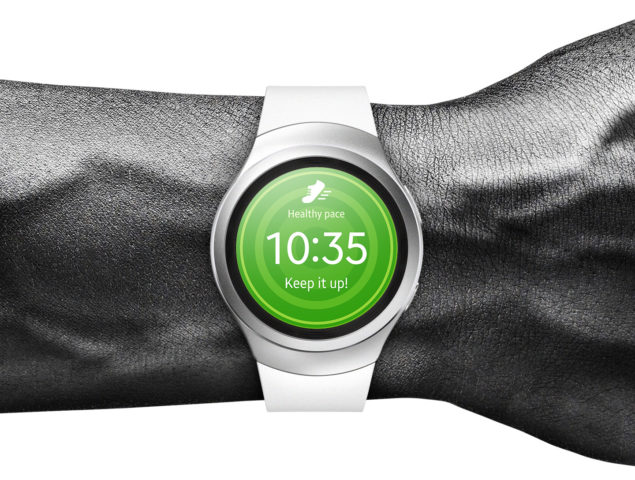 After looking at the price tag and all of its features, do you think Galaxy Gear S2 would be a good purchase? Let us know your thoughts.