Samsung Galaxy Fold Could Be the Name of the Company’s First Foldable Device Bearing the Infinity Flex Display, According to Filing 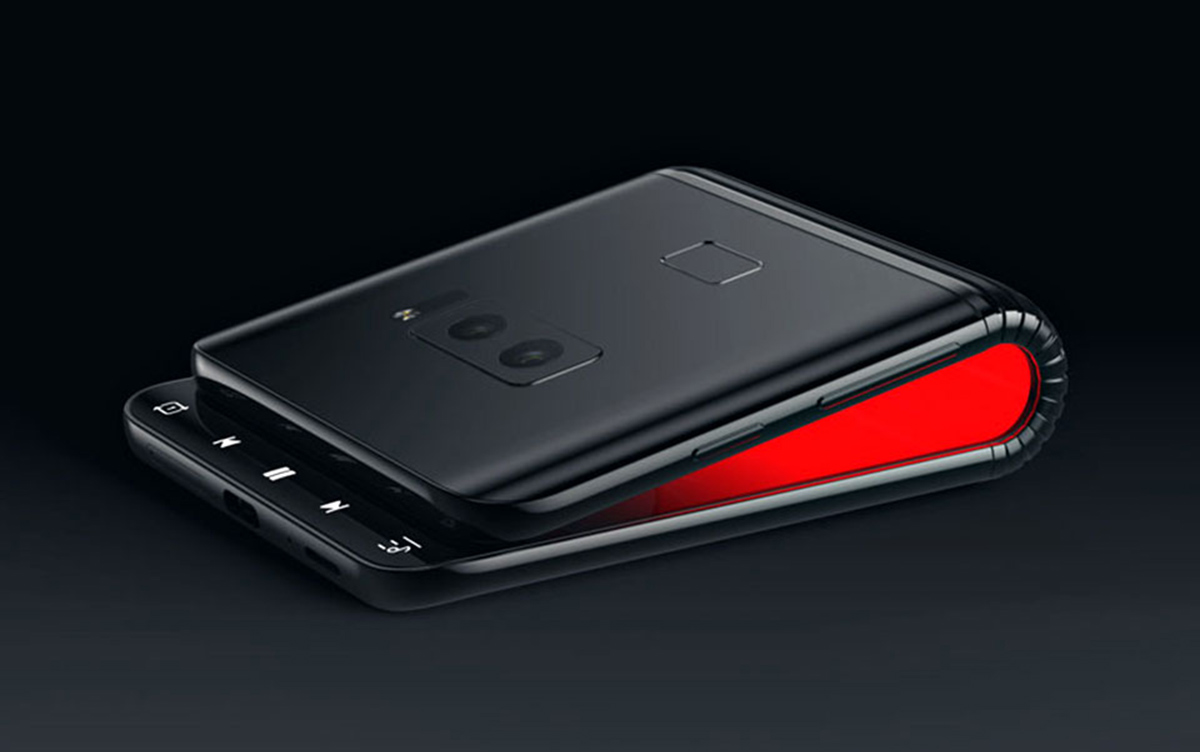 The upcoming Samsung folding smartphone could prove to be a trailblazer and so it’s only fitting that the Korean behemoth comes with a special name for it. The Galaxy F just doesn’t cut it, although the previously suggested name Galaxy Flex does sound better. However, if a new trademark filing is to be believed, the bleeding-edge device might be called the Galaxy Fold. The name doesn’t just sound nice and simple; it also demonstrates the key strength of the upcoming smartphone.

The Trademark Filing Doesn’t Confirm Anything, but Galaxy Fold Could Officially the First Iteration of Samsung’s Foldable Devices

Samsung has only demoed a partially covered, working prototype of the device in dimmed lights so far. There are no words on specifications either, but the company will probably go all out on them. Samsung has not confirmed the name itself, but per a new trademark that was filed in Turkey, the device might be called the Galaxy Fold.

The trademark was registered a few days ago and by no means does it confirm that the folding smartphone would indeed be called the Galaxy Fold. Samsung is probably just being proactive by saving the Galaxy Fold moniker so it could be used later for its products. The trademark was filed under class number 9, which encompasses various devices such as laptops, tablets, wearables, and of course smartphones. 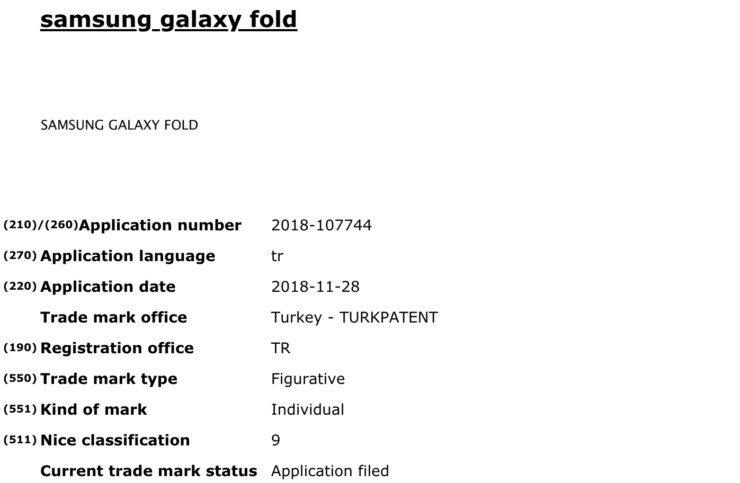 The upcoming foldable smartphone would not be a niche device and it will be released internationally in 2019. Initially, only one million units would be produced to assess demand, and if the reception is good, supply will increase correspondingly. Per some estimates, the device might cost around $2,500, although Samsung had earlier revealed that the phone will be priced appropriately.

At the earliest, the Galaxy Fold might be launched in March 2019. Apparently, the competing products would also have similar names. For instance, Huawei’s foldable smartphone is rumored to be called the Mate Fold, while LG’s device might be called Foldi.

You can check out our other coverage of the foldable smartphone industry by checking out the links below.