Ever since iPhone X came out, companies have been figuring out where to put the front-facing camera. We have seen everything from massive notches to pop-up cameras, and even motorized flipping cameras. The latest trend in selfie cameras happens to be the hole-punch display that we are seeing n almost every major smartphone available in the market. However, Xiaomi is one of those companies quietly working on something new, something better, and something that will render the notches obsolete.

Xiaomi shared a video showcasing how it works, and to be honest. For the entirety of the video, I was waiting for the camera to actually show up, but it is only visible if you zoom in really, really close. You can check out the video below.

It makes sense that you might still be able to spot the difference but the good news is that people would rather prefer having a few odd-looking pixels than a complete cutout. Plus the position is going to be in such a way that it would not hinder any other experience, to begin with. For your reference, this is what the process works like. 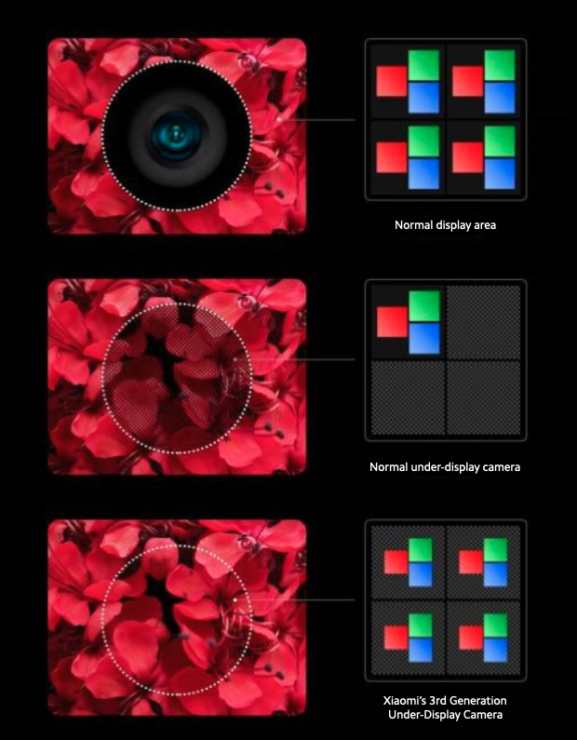 Xiaomi is talking about how they plan on bringing this technology into the mass market by next year, and we are anxiously looking forward to how good it is going to turn out. Additionally, if Xiaomi is doing it, there is a chance that other companies might be bringing something similar. We have already seen something similar in nature by OnePlus in their Concept One but we assume that this technology showed off by Xiaomi is in a much mature phase rather than just being a concept.