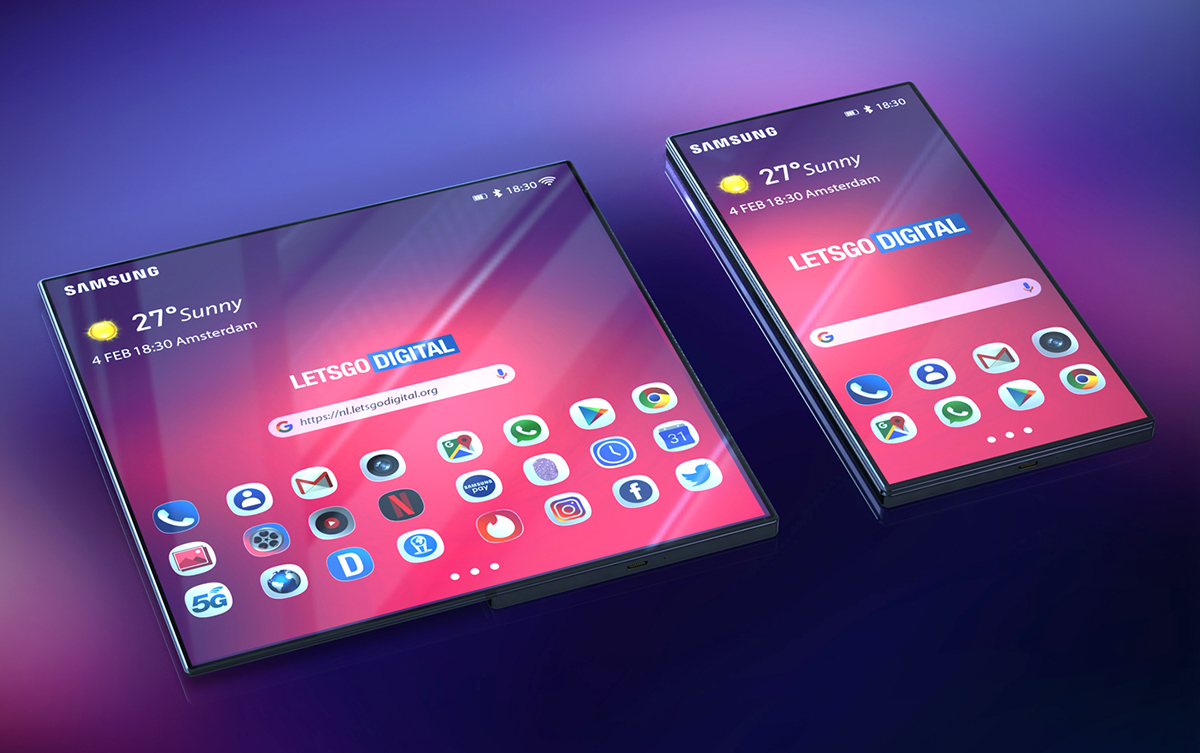 Tomorrow, Samsung will unveil its foldable smartphone after months of anticipation, but there was always uncertainty revolving around its official name. Even back in 2018, Samsung did not spill the beans regarding its name and instead said that the device uses the Infinity Flex Display technology. Now a known tipster might have provided the name of what Samsung might call its foldable smartphone, and it’s a term that has been reported by us before as well.

Evan Blass has taken to Twitter like he always does and lays out a tweet which only states the words ‘Samsung Galaxy Fold’. There were no other words that were accompanied by the tweet, suggesting that Galaxy Fold would be the name of Samsung’s foldable smartphone. Given the nature of the tweet, and given the fact that hardly any leak talked about its official name, it makes sense to call the device Galaxy Fold.

During the SDC 2018 keynote, Samsung stated that its smartphone can be unfolded to sport a 7.3-inch display. According to the company, the improved screen real estate and the new, and improved One UI will allow users to fire up to three applications at the same time. It is still unconfirmed what hardware Samsung will incorporate in the Galaxy Fold, but our gut tells us it will be using the Exynos 9820.

The Cover Display of the phone is expected to have a screen size measuring 4.58 inches, and a resolution of 1960 x 840 pixels. When unfolded, the 7.3-inch screen will reportedly have a 2152 x 1536 resolution. The lowered resolution will most likely be used to give the device better battery endurance. We’re confident Samsung will also be using software optimizations through its One UI to provide extended battery life to the user.

Even though the company is trying to set an appropriate price, the 7.3-inch Infinity Flex Display would most likely be pretty costly to produce. Add to the OLED screen at the front, the high-end 7nm chipset with a 5G modem, and multiple camera sensors, and the price would fly through the roof. If rumors are to go by, the phone will at least cost $1,500 and it wouldn’t be surprising to see it fetching $2,000.

This is nearly double the $1,149 price of the iPhone XS Max, which analysts had earlier panned because of its high price. It remains to be seen if smartphone enthusiasts would be willing to shell out such a huge amount for the foldable phone. Looks like we’ll find out tomorrow, during the February 20 Unpacked event.