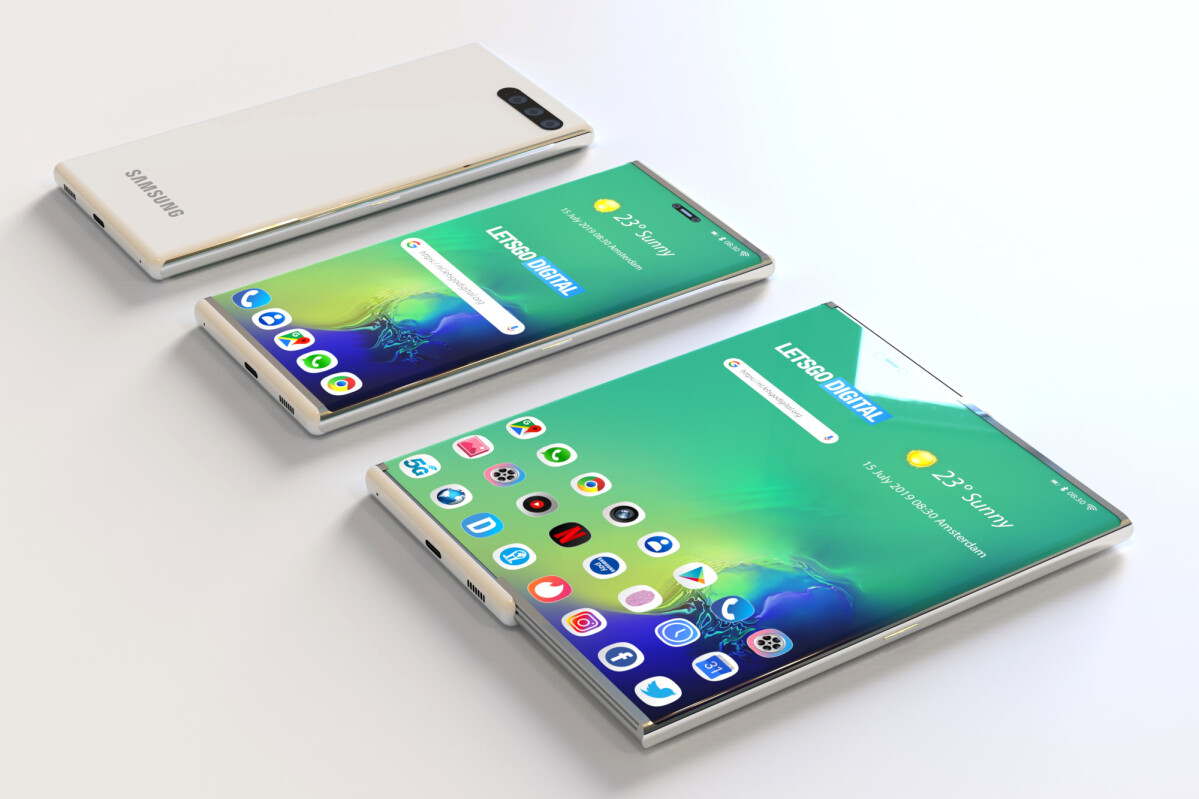 Considering that only a handful of players are committed to releasing foldable smartphones, it’s no surprise that Samsung holds more than an 80 percent market share for this form factor of mobile devices, and the company isn’t stopping here. While the Korean giant is expected to ship around 4 million units this year, there’s a possibility the company is experimenting with a brand new form factor. Samsung did have a nightmare to deal with when it first announced the Galaxy Fold, but it quickly made the necessary improvements with the Galaxy Z Fold 2 launch. Next up, we have a rollable smartphone that’s apparently in the works.

Apart From Samsung, LG Is Also Reported to Unveil Its First Rollable Smartphone in 2021

With the Galaxy Z Fold 2 reportedly becoming the best-selling foldable smartphone on Samsung’s home turf, Herald Corp reports that Samsung isn’t planning to but a brake on its momentum. Sure, we do expect the company to continue launching better, more capable foldable models in the future, but the company could also be planning on unveiling a rollable smartphone in 2021. Alongside Samsung, LG is also rumored to launch its rollable smartphone in 2021, with the Korean company’s latest ambition codenamed Project B.

The idea of a rollable smartphone is that it will extend the existing display, providing extra real estate to the user. Instead of having multiple displays like the Galaxy Z Fold 2 sports, the rollable smartphone is expected to tout a single screen, and its size can be adjusted at will. The report does not specify if this handset will extend to just one point, or if Samsung will allow users to adjust how much screen real estate they require depending on what they’re using the smartphone for. Looks like we’ll find out in the near future.

No concrete release date of Samsung’s first rollable smartphone has been provided, unfortunately, but if there is going to be a place of the unveiling, then it’s likely going to be showcased during the MWC 2021 trade show, possibly behind closed doors to a few people, if the COVID-19 pandemic subsides considerably. Samsung did the same with the original Galaxy Fold so it won’t be surprising to see the Korean manufacturer repeat the same activity.

There’s also no word on its pricing, but given how ludicrously priced the Galaxy Fold and Galaxy Z Fold 2 are, don’t expect the first rollable smartphone to go easy on your wallet either.