Samsung To Feature Iris Scanners In Its Smartphones Soon

If fingerprint scanners were getting too old fashioned, then South Korean smartphone giant Samsung has just the thing to augment the overall security of your future devices; iris scanners. Thanks to SRI (Stanford Research Institute) International, which happens to be one of the largest nonprofit research institutes in the world, have developed a range of biometric systems it calls ‘Iris on the Move’ or simply IOM, thus implying that that security feature will be incorporated in to smartphones. 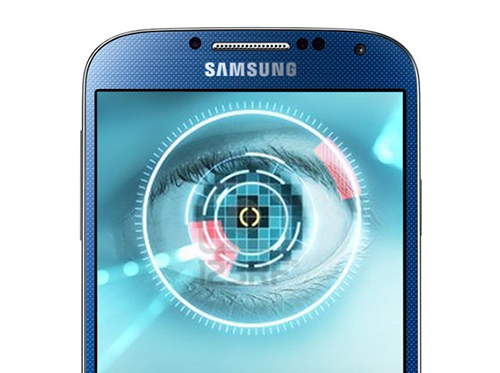 Samsung’s future device to be incorporated with iris scanners

Currently, handsets are continuously being assimilated with fingerprint scanners that apart from locking and unlocking the smartphone, can also be used to authenticate online payments from payment processors such as PayPal, without going through the tedious process of punching your user credentials continuously. While such a feature has improved overtime when security preservation is paramount, the next feature to supplement fingerprint scanners will be iris scanners.

SRI had announced today that it has granted Samsung an exclusive license to the technology in order to be used in the South Korean phone giant’s mobile products, and according to the report, it appears that the first smartphones to sport that feature are going to be released very soon. According to the press release published on SRI’s website, the first device to be equipped with this security feature will be Samsung’s Galaxy Tab PRO 8.4.

While the product will not be sold immediately, it will be showcased at this year's ISC West, which is set to kick off in Las Vegas, on April 17, 2015. For those who are want the best when security features are concerned, the slate is going to be sold worldwide through SRI partners and resellers for an undisclosed price tag. Assuming that the tablet does get armed with the feature, you should prepare for the product’s price tag to skyrocket.

An earlier report came in that Samsung was going to introduce foldable display tech in its smartphones. These devices are going to be released by the end of 2016 so consumers will be able to witness a combination of both security and innovation in the foreseeable future.