Ahead of this year’s Black Friday, some amazing Sam’s Club console deals have already been leaked.

BestBlackFriday.com uploaded the Sam’s Club Black Friday 2016 ad. The deals are available on November 25 or via SamsClub.com early on Thanksgiving Day. Pricing is valid through Sunday, November 27 and while supplies last. Please note that you’ll have to be a member to be eligible for the Sam’s Club discounts. 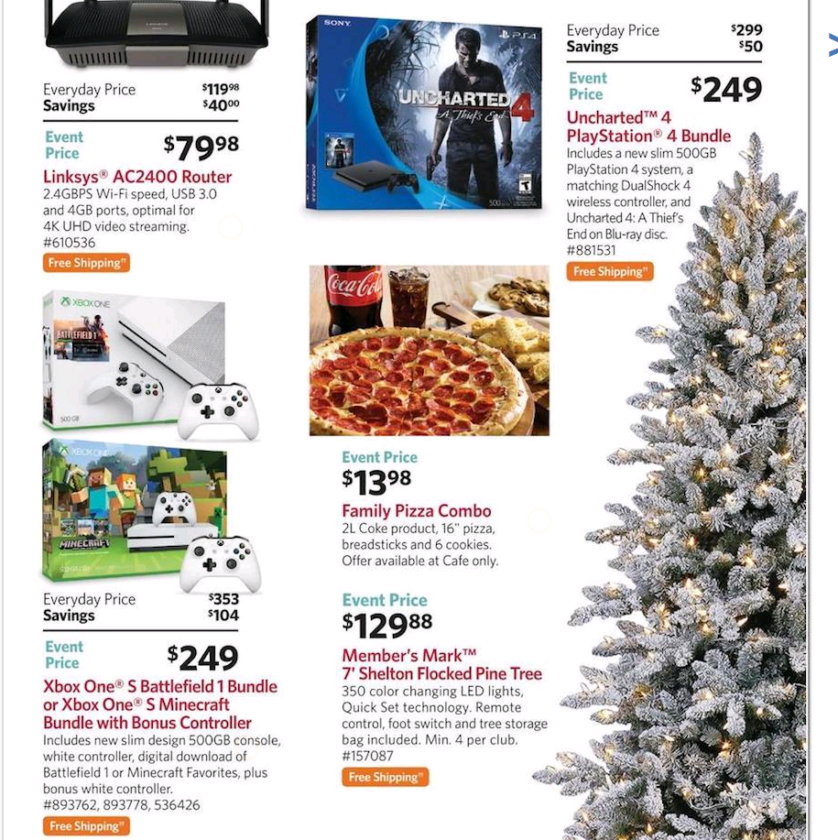 Console deals include the 500 GB Xbox One S Battlefield 1 bundle for only $249 and an Xbox One S 500 GB Minecraft Favorites bundle with an extra controller for $249. Sam’s Club is also offering a 500 GB PlayStation 4 Slim Uncharted 4 bundle for merely $249.

While these are pretty good deals, those who are looking for an Xbox One S this Holiday, might be better off with Dell’s Xbox One S Black Friday deal, which includes a 500 GB Xbox One S Battlefield 1 bundle, Gears of War 4, and an extra controller for only $ 249.99 USD.