Croteam announced on their blog that they're serious about Serious Sam 4 and that one of their critically acclaimed writers from The Talos Principle will be leading the way writing the script and screenplay for the next Serious Sam. 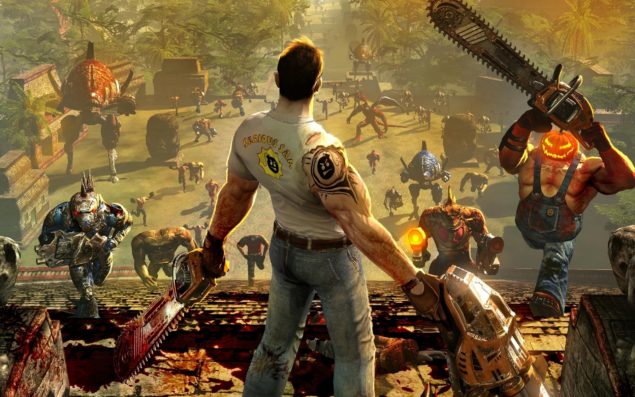 We can expect just as much jovial gore as in the past with Serious Sam 4.

The Talos Principle was quite the surprise coming from Croteam, who have previously woven overt humor with larger than life characters. But now Jonas Kyratzes, a writer who worked on The Talos Principle, is bringing his talents to the in-progress Serious Sam 4 project.

So far he's finished a complete draft of the script, though nothing has leaked out as to what the possible story could be. From the announcement of Serious Sam 4 in June, it was presumed that the action would take place in Paris, though that was quickly debunked. Other rumors suggest that Serious Sam 4 will be a direct sequel to number 2, with the Talos Principle poster being placed directly next to a poster from Serious Sam 2.

The exciting part is just that the fourth is underway and has a script. The original games were largely action based with a strong, yet slightly shallow story that really didn't effect how enjoyable they could be.