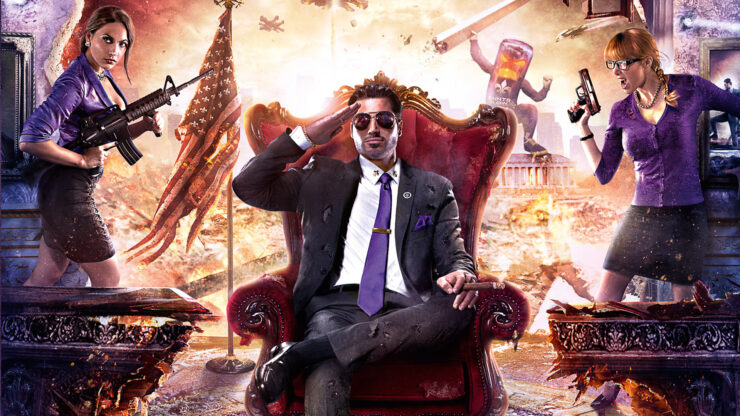 It sounds like it's time play as America's greatest President again. Even though Saints Row IV was released back in 2013 on PC. The popular open-world action game finally gets Steam Workshop support, mostly due to a very passionate modding community.

In case you forgot, Saints Row IV was the over-the-top open-world game where you are the President of the United States fighting against a legion of terrible aliens in a virtual world after the Earth has been destroyed.

Publisher Deep Silver was happy to share the news via press release today:

There were many challenges in implementing Steam Workshop functionality since the game was not originally designed to support modding. It was all a labor of love for developer Deep Silver Volition who worked directly with the modding community to develop the modding tools and adapt the game code. This was all built for the fans who have shown an incredible amount of passion and creativity over the years, and we can't wait to see what kind of crazy content they come up with.

The mods I've seen so far have ranged from absolutely silly like the flamethrower guitar to more practical mods like having new homies to ride and/or die with you or having a bunch of new outfits for you to wear.

This handy guide will walk you through the different mod creation tools you can use. More importantly, you'll learn how to upload the mods onto Steam Workshop.

Deep Silver Volition worked closely with the fine community over at saintsrowmods.com in order to make the mods a success.

Saints Row IV is currently on sale at Steam for $3.74, for a 75% discount, and you can browse through the existing mods in the Steam Workshop right now. It might be a good way to go back and goof around as more and more mods get added every day. Better yet, it should hold you over Agents of Mayhem releases.