AMD is bringing it in the budget category hard with the Ryzen 3 3100 and the Ryzen 3 3300X. What at first appeared to be the same chips with only clock speed and price variations are proving to be much more interesting than we originally thought. thanks to Komachi on twitter (via VideoCardz.com) for sharing slides with the world pertaining to the upcoming Ryzen 3 3100 and Ryzen 3 3300X we now have presentation slides, as well as the chiplet layout for these two pint-sized powerhouses that are actually poised to take on the Intel Core i5 lineup for less than $120 and there might be a good reason in the layout how they intend to do that.

Differences Are More Than Skin Deep

It was originally presumed that the Ryzen 3 3300X is just a better binned and overclocked Ryzen 3 3100, not quite so fast partner. There is a major key difference in these two and that difference lies in the CCX designation. Both Ryzen 3 chips may look the same on the surface as they're using the need I/O Die and only one CCD just like the Ryzen 5 and Ryzen 7 series, but it's what is going on inside that CCD that is very different. 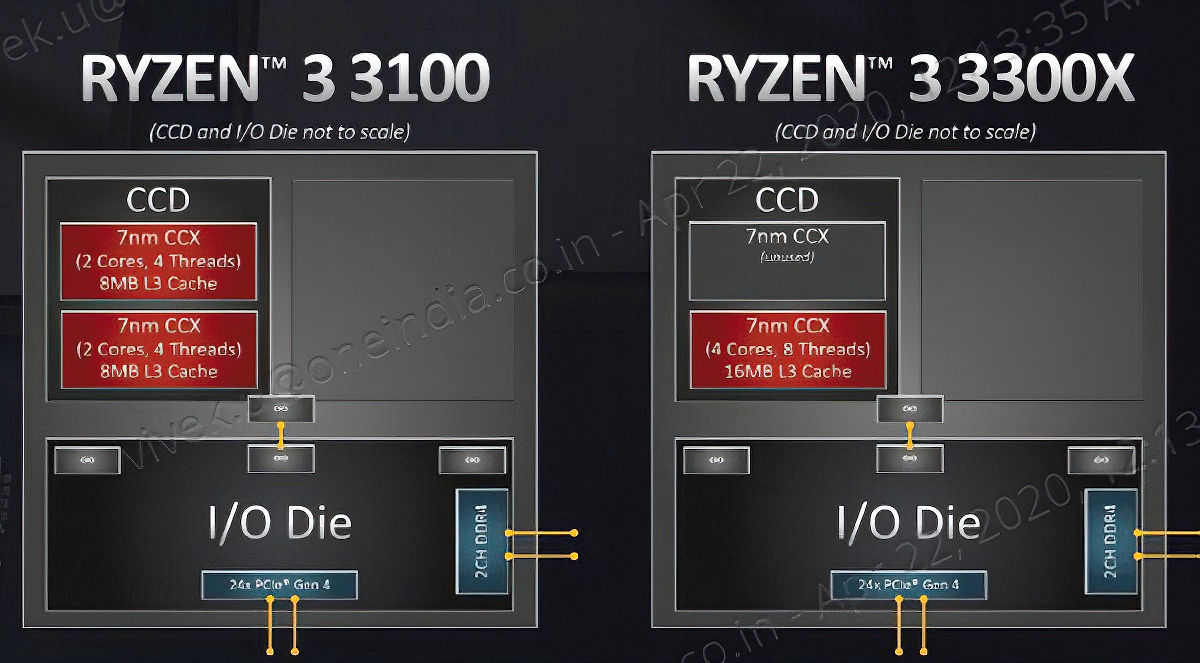 But how does this impact performance? Easy and all wrapped up in one word, Latency. And that is how the Ryzen 3 3300X is managing to put in the claim of beating the Core i5. See, the Ryzen 3 3100 will still suffer from inter-CCX latency as there are only 2 cores on each CCX, while the Ryzen 3 3300X will act closer to a traditional quad-core and only have one point of contingency when it comes to the I/O Die.

This latency could be the key benefactor in making the Ryzen 3 3300X the choice for gamers and make it well worth the additional $20 asking price. The one byproduct that might be in favor of the Ryzen 3 3100 for general use is going to be the idea that it might be slightly easier to cool since the cores aren't all crammed into one little spot but rather spread out. But both chips are most likely going to be a breeze to keep cool 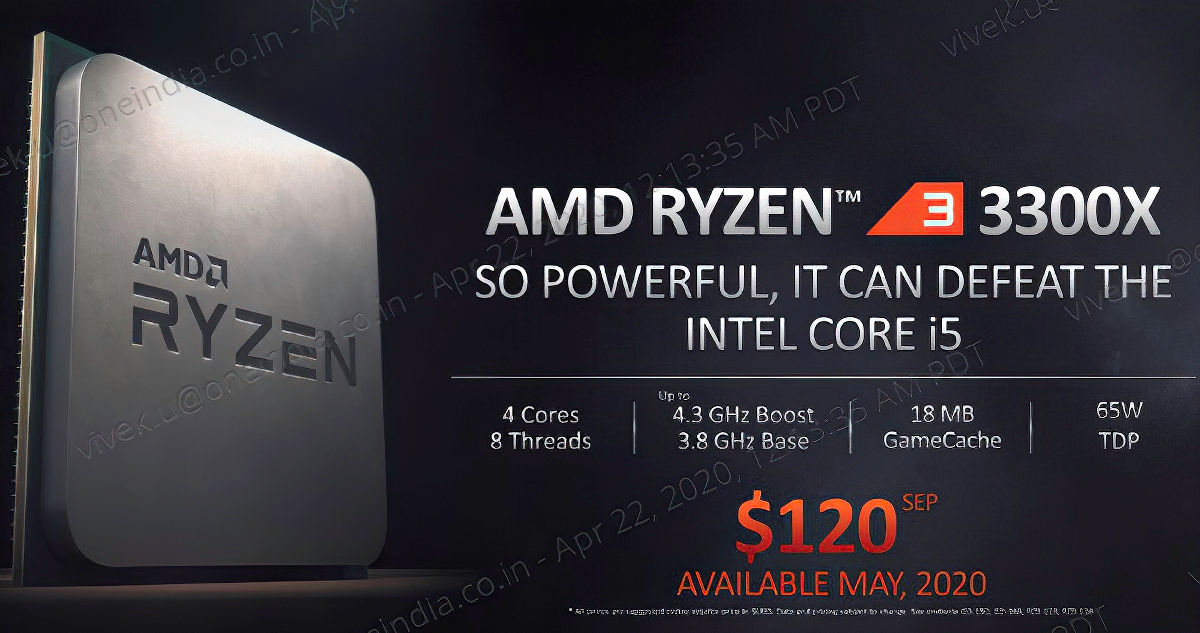 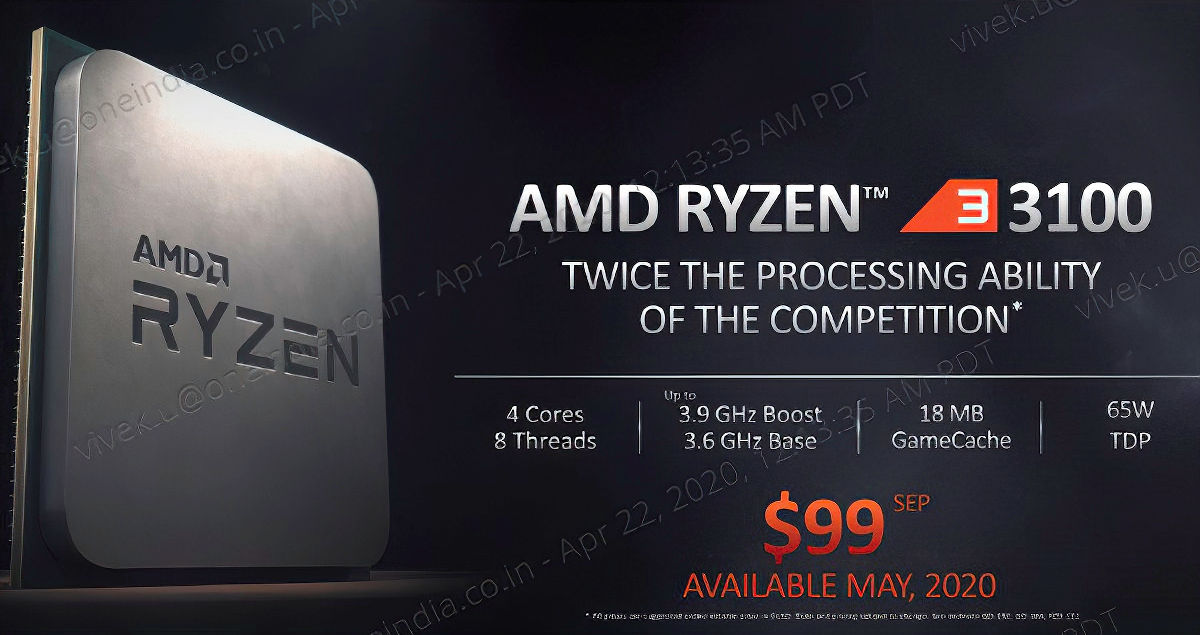