Ryse: Son of Rome, an action-packed third-person video game that ranks among Xbox One launch titles and some of the most impressive next-gen games of this year, was launched on PC earlier this month with extra perks and support for the glorious 4K resolution. Recently, Crytek, the developer of the game, released a new patch, termed as “most awaited,” for PC version of Ryse: Son of Rome. The patch comes packed with many important features such as SLI/Crossfire optimization, graphical and performance improvements for NVIDIA graphic cards and more. The complete details are shared in the changelog below. 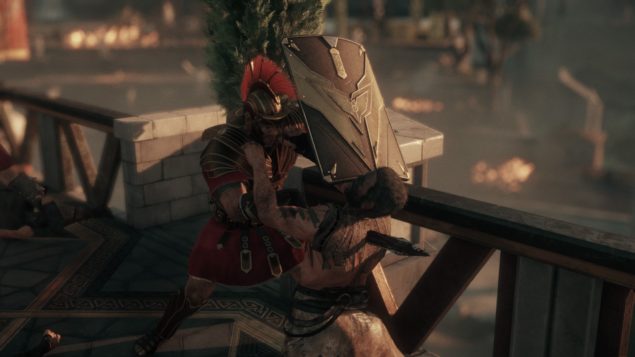 Ryse: Son of Rome is out on PC with full 4K resolution support and many gamers are already enjoying it. However, some early reports show that the players were facing several issues with the game while optimizing its settings and running it at resolutions higher than 1080p. To fix these issues and improve the overall quality of the game, Crytek has recently released a new patch that brings several important fixes and improvements. The patch improves GPU performance for NVIDIA cards, especially for GTX 970 and GTX 980, and fixes graphical issues and low frame rate bugs.

The new patch will be downloaded automatically from your Steam client next time you launch it, below is the complete changelog for this latest patch.