As the PlayStation 4 and Xbox One is already in the market, many new things and surprise are waiting for gamers ahead. Developers are bringing in new IPs, redefining their own well known games and releasing new installment in their franchises. The announcements are coming with time, but people manage to pre-release the vague information about several matters based on reported leaks. Once again, a post from Ultima Sports Ltd. on its official Facebook page has lead to the rumors that Forza Horizon 2 is in development and would be coming out soon. 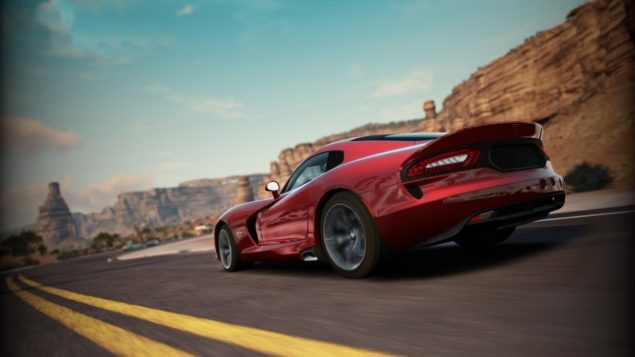 Forza Horizon is undoubtedly one of the best racing games on Xbox 360 and being an exclusive has only earned the game more prominence. Forza Horizon features an updated version of Forza 4 engine so this makes it the most latest first-party exclusive racing game on Xbox 360. Microsoft has already released Forza 5 on Xbox One but the company still needs more racing games for its latest console and reports are that a new racing game is due for launch by Microsoft Studios later this year.

Forza Horizon 2 rumors have been circulating around for a while now and once again they have managed to gain everyone's attention. Ultima Sports Ltd, a budding sports car manufacturer and car partner with Microsoft in racing video games might have leaked the developer's new hush-hush project, that is by all means, suspected to be Forza Horizon 2. 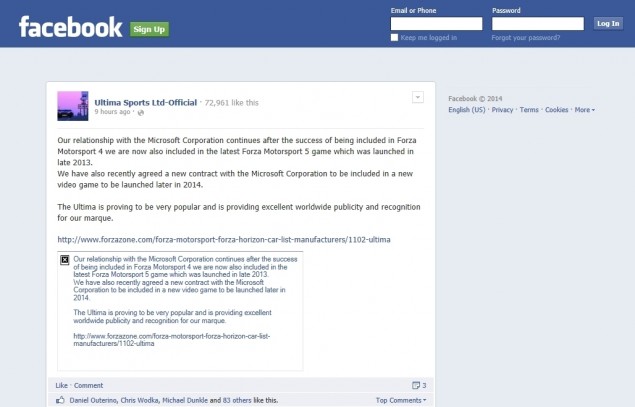 The most suspicious thing is that the post was removed only hours after its appearance on the Facebook page, guess somebody did not want to ruin the upcoming surprise. The rumors of Forza Horizon 2 are nothing new, previously a vehicle technical artist at Playground games also disclosed that he was working on an “undisclosed next-gen Forza project."

Nothing about this matter has been officially stated by Microsoft and I am sure we won't get anything from the company until they finally decide to announce the game. It is yet not sure that the game which is in development is Forza Horizon 2, or even if a new game is in development at all but all these rumors sum up to say that we would soon get to something.