Obsidian Entertainment is a team that requires no introduction, as it has developed some of the more interesting role playing games of recent times such as Fallout: New Vegas and South Park: The Stick Of Truth. During Game Developers Conference 2016, the team has revealed its next big RPG which will be released later this year on PC. 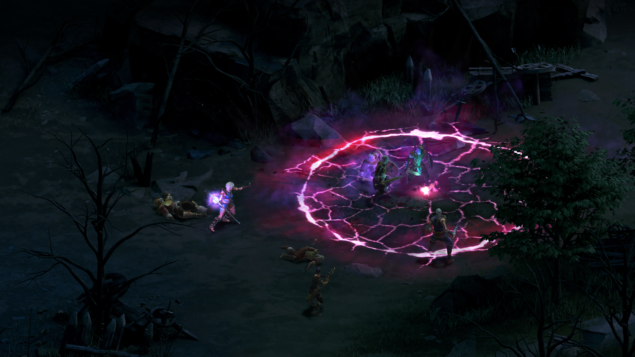 The new game from the team is called Tyranny, and it will be published by Paradox. Not much is currently known about the game, other than the fact that it will be set in a fantasy worls where a brutal crash between good and evil has ended with evil's triumph. In such a world, players will have to find their role within the dominant empire and live with the outcomes of difficult and unclear decisions. It's not much, but it's definitely interesting.

In Tyranny, the grand war between good and evil is over – and the forces of evil, led by Kyros the Overlord, have won. The Overlord’s merciless armies dominate the face of the world, and its denizens must find their new roles within the war-torn realm. Players interact with the populace to inspire loyalty, disgust, or fear as they roam the world as an officer in Kyros’ forces, empowered to act as both judge and executioner.

An announcement trailer and some screenshots have also been shared, and you can find them right below.

Tyranny will be released on a yet to be confirmed 2016 release date on PC, MAC and Linux. We will keep you updated on the game as soon as more comes in on it, so stay tuned for all the latest news on Obisidian's new role playing game.