Rockstar, have shipped 45 million units of Grand Theft Auto V, and with the PC version of the game releasing on April 14th, they could easily surpass 50 million. It would make sense, given the huge success the game has received that they would announce Grand Theft Auto 6, or the extremely anticipated sequel to Red Dead Redemption. 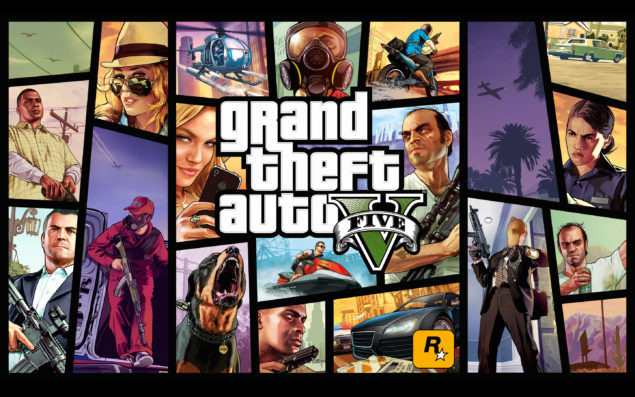 Michael Pachter, Wedbush Securities' Analyst, disagrees, and believes that Rockstar will likely announce a new IP. He adds, that Rockstar is motivated by providing high quality game experiences for the player and not by money.

So, Pachter believes that Rockstar, will likely announce a Midnight Club, a Manhunt and even a Bully sequel before announcing a sequel to Red Dead Redemption. But all of these returning IPs could be preceded by a completely new IP.

“I think Rockstar has a really amazing number of great games and great IPs, and I don’t think that Rockstar are motivated by money. I think Rockstar are motivated by high quality game experiences. And I don’t think that they’re willing to abandon those other brands in order to generate higher sales for their parent company. I think that they want to keep all those brands alive. So I think before Red Dead Revolution you will get Midnight Club sequel and a new IP.”

“There is no chance that they would have gotten into February of ‘15 without announcing the next Red Dead. I mean, they announced the next Grand Theft Auto on November 1st, 2011. Remember? And it came out on  September 17th, 2013, so almost two years later. I think you’ll hear about Red Dead at least a year ahead of time. So if you hear about it this summer, it’s coming out next year. Maybe. But we haven’t heard about it yet. I think they could get away with not announcing Midnight Club, or Bully, on Manhunt 3 or whatever until E3, and I frankly think that the reason we haven’t heard about the new IP is because it’s a new IP.”

Pachter believes that Rockstar will make an announcement of a new IP close to E3, by hosting their own event during the same time to gain attention.

“I think that the brand new IP that Rockstar has been working on since ‘09 will be announced this year. Rockstar tends to not go to E3, so they’ll probably have their own event in May or something. Knowing them, they’ll probably have it during E3 in another city just to draw attention. But I think it’s a new IP this year. I don’t think it’s Red Dead, so no, I think that’s naive of people to believe that the Rockstar are going to follow the success of GTA V with more GTA.”

Personally, I wouldn't be surprised if Rockstar did indeed announce a new IP. It could be true, as Pachter says, that they are not motivated by money, at least for easy cash-ins, as much as other companies might be. But they do strive for success, both in providing an exceptional experience for the player, as well as for critical acclaim. Rockstar, a developer with such an exceptionally large and successful pedigree, does have a much bigger obligation to deliver nothing but stellar experiences. So it would be safer, for them, to build upon the huge success of their already established IPs, namely Grand Theft Auto and Read Dead.

If Rockstar have indeed been working on a new IP since 2009, then now would be a  perfect time to announce it, and build excitement upon the huge success of Grand Theft Auto V. If they do host their own event prior to, or during E3 later this year, they could have a presentation, thanking their fans for the great reception and success that Grand Theft Auto has seen, and continue to introduce the new IP.

E3 is taking place at the Los Angeles Convention Center on June 16-18, 2015. We will keep you informed of any news from Rockstar, as well as coverage of the E3 event.