Rockstar Deals with GTA V Exploiters Like a Rockstar

So do you remember that game altering bug in GTA V that let you bring one of the rare and extremely awesome cars, the Duke O' Death, into the online world of GTA V, even though it was a single player only vehicle? The one that Rockstar patched? Yeah, about that. It looks like Rockstar didn't just patch it, but did what only Rockstar can do, they made it hilarious. 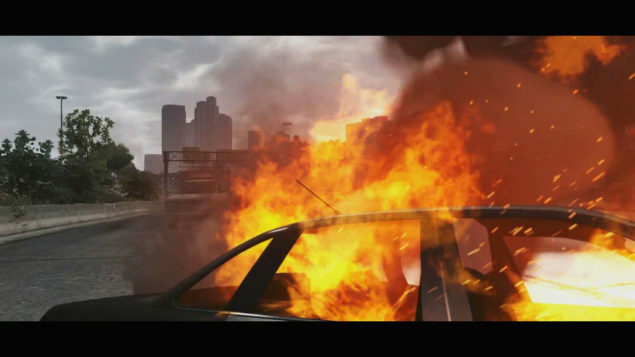 Rockstar "patches" the GTA V car exploit by making the Duke O' Death explode if you try to bring it into the online mode.

What Rockstar didn't exactly tell us in the patch notes for their most recent patch is precisely how they fixed the exploit. Instead of going the usual route that might be expected, they opted to do what they do best, which is make it hilariously funny. If you try to get into the Duke O' Death via the exploit now, you'll promptly be blown to bits in a white hot fiery explosion.

Earlier this month players of GTA V found a way to bring a bullet proof car, the Duke O' Death from the single player realm in the multiplayer world, even though it wasn't supposed to be possible. It was desirable due to it being very useful with its armor and ability to withstand quite a bit of punishment. But now that's no longer an option for those clever enough to try to work outside the law.

I'm just happy to see Rockstar take a unique approach to this. Instead of making a fuss, or even just taking away an asset, they provide a great warning to stave off any future tom foolery in a way that captures the essence of the game itself. It's above and beyond what any other developer may have done.

Take a look at some great footage below, provided by xKoingWolfx, for your amusement.