Rockstar pushed out an update to GTA V for the Xbox One and PlayStation 4 in relative silence that should fix a few strange graphical issues and glitches that have been reported to be beneficial to users. 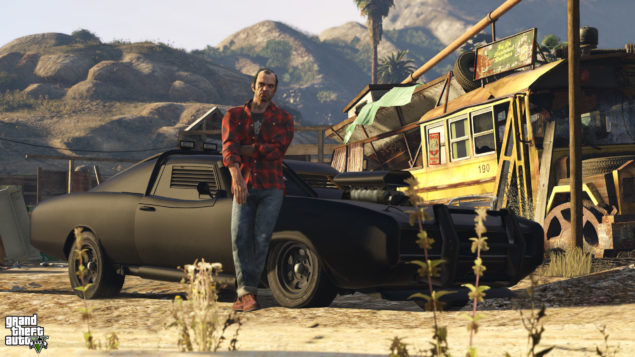 Rockstar has released Title Update v1.10 to deal with graphical issues that have been around in GTA V.

Like any game there are a good share of strange and unusual graphical glitches that can be found in GTA V. Even well designed games will have moments of strangeness that defy reality. But Rockstar has seen fit to release patch v1.10 to take care of some of the more common and larger graphical issues in the online and the story mode.

Apparently some glitches were found to be useful when looking to acquire heist specific content like the Duke O' Death and the Slamvan2, which is all well and good. Rockstar isn't taking anybodies inventory away if you've found anything using any glitches, they're just patching the holes up so no one else can get in on the fun. So no one has to worry about their inventory being taken away.

In case you're interested, this patch is relatively small with no additional content in tow. The patch notes from Rockstar have been posted below for your reading convenience, and pleasure.