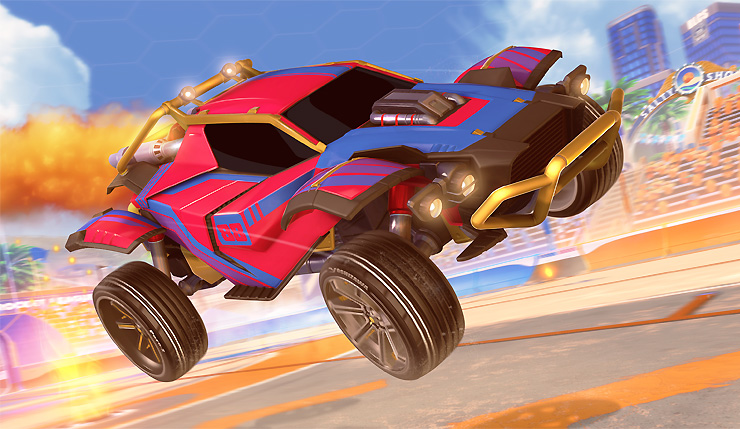 Summer vacation is almost upon us, and you can bet more than a few kids (and some adults) will be spending some serious time playing car soccer over the next few months. Knowing this, Rocket League is releasing its latest content update, Salty Shores, which includes a new sandy arena and other summer-themed goodies. Check out a trailer for the update, below.

All the fun of the beach, none of the sunburn! In addition to the new arena, Salty Shores includes a new event, fresh tunes, and more. Here are the full details from publisher Psyonix:

Our new Salty Shores Update splashes down next week! This content update is all about Rocket League fun in the sun, starting with the aforementioned ‘Salty Shores,’ our brand new seaside arena! As our sunniest map to date, Salty Shores should keep the summertime vibes going year-round as a permanent addition to all online Playlists!

Along with the arena, we’re also bringing you the start of Competitive Season 8, the distribution of Season 7 Rewards, the new ‘Impact’ Crate, fresh beats from the Rocket League x Monstercat Vol. 3 EP and more! You’ll also find some nice quality of life improvements added to the mix, including a new ‘Report Server’ button for when servers misbehave during an online match.  Our ‘Beach Blast’ in-game Event is coming soon too -- we’ll have more details about Beach Blast closer to the start of the event, so stay tuned!

Seems like a solid update -- just don’t get sand in your engine. The Salty Shores content update washes ashore on May 29, and, as usual, most of the stuff (aside from the loot crate goodies) will be free. The Beach Blast event will kick off a couple weeks later on June 11.