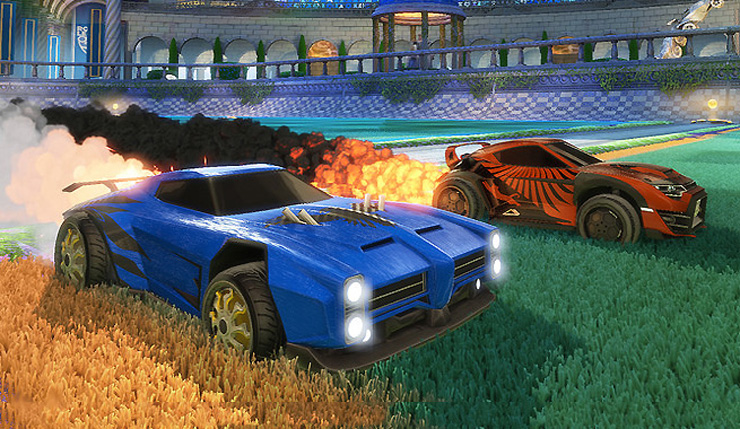 Like many other games, Rocket League is planning to take a page from Fortnite’s playbook. No, Rocket League isn’t adding a 100-car battle royale mode (yet), but, as revealed last month, the game will introduce its own version of Fortnite’s “Battle Pass” system.

For those unfamiliar, Fortnite Battle Royale unlocks in-game rewards in a somewhat unique way. The game lets players participate in regular two-month-long seasons by purchasing a Battle Pass for around $10. This pass grants players access to some cosmetic items right off the bat, and more can be earned by gaining XP and unlocking additional reward tiers. Of course, if you want to speed things up, Fortnite lets you pay real money to instantly level up a tier.

The Rocket Pass almost exactly the same, although there will also be a free version of the pass available. Here’s a full rundown of how Rocket Pass works:

Rocket Pass is a brand new, time-limited progression system that will give you several ways to earn new content in Rocket League. Our goal is to offer several Rocket Passes every year, with an emphasis on new, unique content for each Pass. This will not replace the current XP-based progression system and we’ll have more news on those XP plans and changes later this week.

The Free Rocket Pass will give everyone the opportunity to earn free Customization Items, Player Banners, in-game Titles, and Decryptors. If you’re looking for additional content to unlock, you can choose to purchase the Premium Rocket Pass upgrade for ten Keys ($9.99). This comes with even more content, including new Customization Items, new Car Bodies, Keys, Premium Player Banners and Premium Titles. You’ll also unlock ‘XP Boosts’ that multiply your earned XP throughout the duration of your Rocket Pass, as well as ‘XP Awards’ that can help you advance through Rocket Pass more quickly.

Rocket Pass and its Premium upgrade will be available on all platforms and every item will be tradable. You’ll also be able to upgrade to Premium at any time while a Rocket Pass is active without losing any progress - you'll immediately receive Premium rewards up to your current Pass Tier and you’ll continue to receive all of the items from the Free Pass. Finally, if you’re interested in purchasing the Premium upgrade, you’ll be able to view every piece of its content before upgrading.

Each time you level up while Rocket Pass is active, you'll earn one Pass Tier. The more Tiers you earn, the more rewards you unlock. If you want those Premium rewards sooner than later, you can also ‘Tier Up’  by purchasing Tiers outright with Keys.

Once you've unlocked all of the available Tiers in your Pass, you can begin earning ‘Pro Tiers’ if you've purchased the Premium upgrade. Each Pro Tier rewards you with a random Painted and/or Certified version of a Premium Rocket Pass item you've already unlocked. Even better, you won't see any duplicate rewards from Pro Tiers until you've completed the full set of each Paint Color and Certification.

What do you think? Do you like the Battle Pass system? Or would you prefer Rocket League steered clear of this kind of stuff?

Rocket League is available on PC, Mac, Linux, Xbox One, PS4, and Nintendo Switch. The Rocket Pass system is set to launch sometime later this summer.