In case you were wondering about the length of Rise of the Tomb Raider, today we can provide an official answer from Crystal Dynamics. 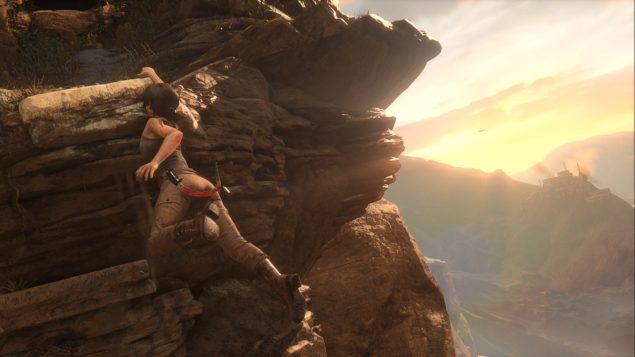 In fact, Lead Designer Mike Brinker talked about this very topic in an interview published by Pixel Vulture.

Expect to spend around 30 -40 hours getting everything done. This is gathering every weapon, ability and completing every side quest. It all comes down to how you want to play through the game. Running through the game will take you around 15 – 20 hours. So expect double the play time collecting everything and exploring every secret tomb. In terms of scale, all our hub spaces, the areas that allow you to explore and choose your own way to play, have been increased by three times the size. So there will be lots more to see and do in each area of the game too. We have more challenge tombs, crypts, caves, and a bunch of extra things to do like the side missions for the Remnant people, and the tomb guardians.

A lot depends on the way you intend to play Rise of the Tomb Raider, then. Completionists will definitely be able to spend a lot of time in the game, but even 20 hours for the main story is quite a lot for a game that isn't open world, and it's definitely more than the Tomb Raider reboot released in 2013 (though it should be noted that this sequel doesn't feature multiplayer, while the predecessor did).

Rise of the Tomb Raider is an exclusive for Xbox platforms (Xbox 360 and Xbox One) this Holiday, and it will release there on November 10. PC & PlayStation 4 gamers will get the game in early and late 2016, respectively. We already know that the file size is going to be 20.47 GB, and you can check some recent footage here.