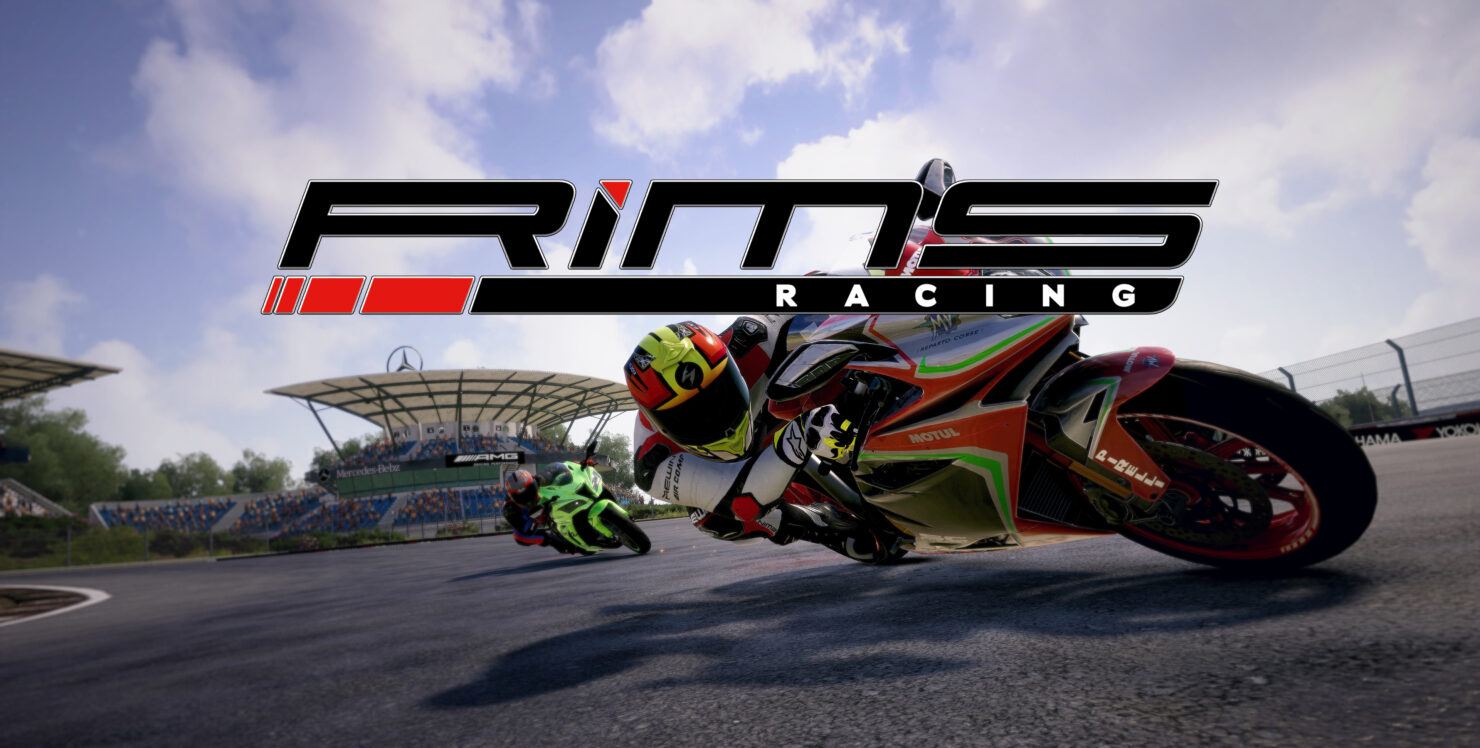 I'm a fan of motorbikes, being somebody who rides them myself. This is something I've made quite clear in other reviews. As such, I'm always on the lookout for games that capture that two-wheeled feeling, the sense of freedom and speed (40mph on a bike feels like 100 in a car in my experience), and the abject terror when you hit a slight rut or an Audi driver decides to knock you off. But that's another story for another day. Now, we're going to talk about RiMS Racing.

In my quest for a great motorcycle game, either that covering the sports racing aspect or simply riding a bike and being part of that scene, for lack of a better word. From Milestone's RIDE and Motocross/Supercross series' to games like GTA, Ride to Hell: Retribution, and even entries from NACON like the MotoGP series and Motorcycle Club. That's naming just a few. NACON are now looking to add to the genre with RaceWard Studio's (featuring many Milestone alumni) first title, RiMS Racing.

Let me start by making something clear. There was a presentation on RiMS Racing that I couldn't attend due to other commitments (day job). However, NACON sent me through an early code for a hands-on preview. I say this because NACON may have covered a concern of mine in the presentation. However, I'll hazard a guess they haven't since this is the full version of the game. It requires the addition of some visual aspects (placeholders are used), fine-tuning of the AI, adding in the soundtrack, and other similar aspects. However, the major elements are there.

What is that concern? It's particularly linked to the focus on simulation Raceward are going for with RiMS Racing. If you've ever played the surprisingly excellent Car Mechanic Simulator, a game that spawned a thousand clones, you can guess exactly what this is going for. As you earn more money in your career, you can buy additional components for forty-six different areas. Some of these are simply liveries, requiring no real work, but for everything else - it's not a simple case of just clicking in your inventory to use.

No, you get to see in painstaking detail how these components are added to a bike. This is good if you want to learn, and it can be interesting. Particularly if you're like me, and you'd like to know how to do more than change your oil or a few easy parts. However, I already know from having played RiMS Racing a bit now, I don't always want to start twiddling my analogue stick to unscrew some screws, move the analogue stick and hold a button to remove a part. Sometimes I want to swap something quickly and get to the racing.

Forty-six. You're not going to be replacing every component at once, but it builds up. A brilliant feature to add, excellent for enthusiasts and those who like the simulation, but one that you need to be able to skip since - and this is the major issue - there is no way to fail. I wouldn't mind if there were a slight % drop in the durability of a component if you took too long to install it or made a few mistakes following the pretty simple instructions.

Anyway, enough about that concern. I'll find out when the game releases if it becomes one of those annoyances that grate on me. Plus, you're probably thinking, "surely that's not a big problem? It wouldn't bother me" - and you could be completely right. RiMS Racing has even more behind the track, looking like it will feature a very extensive career with a host of different race types, all of which will feature manufacturer races to allow you to win a bike from another manufacturer, with all of the world's major ones being represented.

While going through the career, you'll also be earning team points in addition to the monetary rewards, letting you spend these on upgrading your research crew, giving you further bonuses. These bonuses, in team management, range from discounts within the in-game store, letting you get new components even cheaper or increased inventory space. From the research department, you can get more information while performing a motorbike status check, see an accurate forecast for an increasing number of races, or even see your opponent's setup.

There is, undeniably, a lot to unpack when it comes to the career. It's something I'm looking forward to doing when RiMS Racing is released. Outside of the career, you've also got traditional features of the genre, with single races being made available, as well as online racing. How much the online will offer, that's something I'll explore within the finished product. For now, let's look at the on-track action as it stands in this early build.

The racing is where RiMS is genuinely looking good, even at this stage. To say the AI isn't complete, it still gives a decent race, so the finished product should be able to offer a strong challenge, to say the least. From the time I've spent with the game so far, the AI does seem willing to take alternate lines, unlike many racing games. I haven't noticed any riders sticking to the 'ideal line' against all odds, taking another person, or themselves, out in a suicidal charge. Always a bonus.

As for the general time on the track, you can tell that people within Raceward Studio have extensive experience with earlier motorbike games and have learned from their earlier experiences. The bikes generally feel good, the physics being what you would expect in the game. Cornering is a tricky beast, requiring you to manage your speed, the angle of entry and exit, and of course, making sure you're keenly aware of the surface and the wear of your tyres.

Indeed, all of the parts of your bike are key, linking into the detailed components store and the ability to go into a lot of detail in what you can swap in and out. The core parts can be looked at during the race using the motorbike status check function. Not the biggest simulation thing to do, but it is an interesting option and looks like it will offer an extensive amount of detail, especially once you unlock more of it using team points.

Another area where RiMS Racing is looking good is, well, the looks. RiMS Racing looks good both on and off of the track. The bikes are shown in great detail, each part being very much representative of the real thing. As for the courses, from the Nurburgring and Zolder to racing down the beautiful beach highway, there's a lot to see, and it looks good while you see it.

Anyway, it's time I saved something for the review. I've written more than I expected for this preview of RiMS racing. But, honestly, I think that a favourable aspect. I'm genuinely interested in the way this is developing, and just how it'll be when finally released this August. Coming out on the PC, PlayStation 5, PlayStation 4, Xbox Series S/X, Xbox One and Nintendo Switch, this could be a good entry for motorbike fans on any platform.