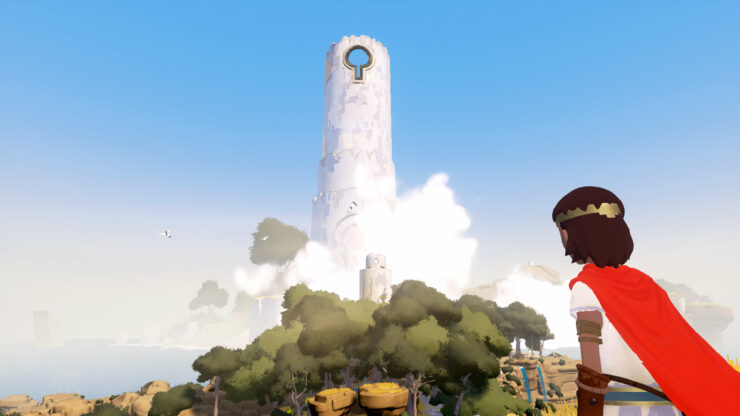 To say Rime has had a troubled development would be putting it mildly. Introduced as Echoes of Siren, Tequila Works’ game started its life as an Xbox exclusive title. Despite the project initially being greenlit by Microsoft, Echoes of Siren was eventually turned down as it didn’t fulfill the software company’s multiplayer criteria for the Xbox One. Tequila Works later sold Sony on the game, granting exclusivity to the PlayStation 4. After being shown off at Sony’s 2013 E3 press conference under the name of Rime, the information regarding this game seemed to take a halt for the next three years. In March 2016, Tequila Works announced they had acquired the rights to Rime from Sony, later revealing the game would launch on every relevant platform.

Rime is a single-player puzzle game that puts you in the shoes of a young boy who finds himself on a mysterious island after being shipwrecked. In order to escape the island, players must solve a number of challenging puzzles scattered throughout the area. The most striking element of Rime is the minimalistic style the developers have opted for. Surrounded by a number of similar indie games at Rezzed, Rime stood out amongst all of them in the graphics department, though it almost seemed somewhat familiar. There’s no doubt Tequila Works were inspired by artists which I am clearly unaware of, but on a basic level, Rime sure does look a whole lot like The Witness and Journey, wouldn’t you say? 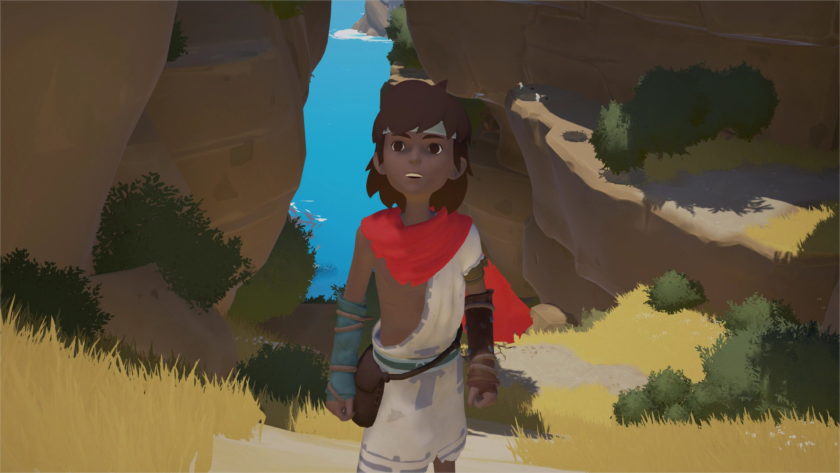 So, after that fun little history lesson, I’m sure you are dying to know how Rime plays. Well, I wish I could tell you about it based off my limited time with the game at EGX Rezzed… unfortunately, I had a cool fifteen minutes with Rime and I spent most of that time exploring (in the wrong direction, no less). You see, Rime does not explain anything that happens during your time with the game. There is no omniscient narrator to guide you through your journey, no fairy companion to remind you where to go at all times. Instead, you are forced to do something that is almost frowned upon these days: pay attention to the game. I know, it’s a crazy idea but it just might work.

Even though I soon found out I wasted most of my play session with Rime, there was something about the game that made me wish I could continue playing it. The large open spaces in Rime encourage the player to explore the enigmatic land, discovering each unique puzzle at any pace. This method of leaving the player to their own devices can make an experience that much more rewarding, but at the same time the player can become frustrated if they find themselves running around in circles.

As I only played for fifteen minutes, I can’t say I was disappointed by my lack of progress due to the length of the demo. When I did head into the right direction, it seemed very obvious that there were puzzles that needed to be solved. A large part of the reason why I got lost in the first place was because a button prompt did not appear on my screen, though I’m not sure if this was intentional or not. I think it’s safe to say you will be confused at points when playing Rime. Just remember, if you are stuck in an area without any way of progressing, you are probably in the wrong place! 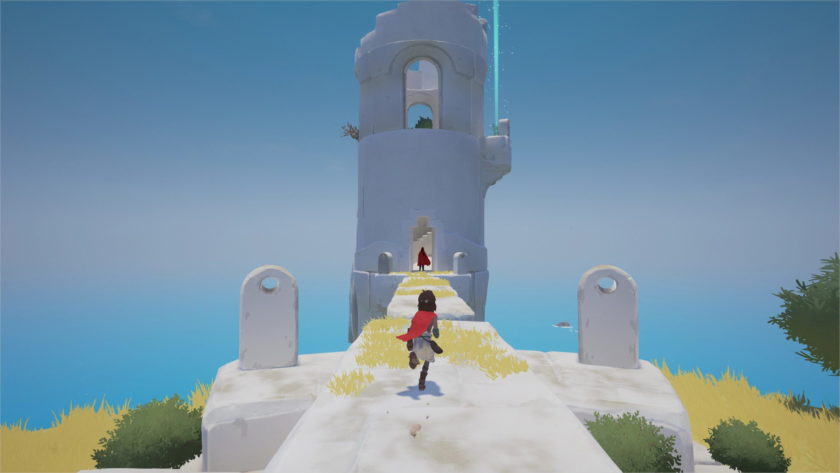 The demo build I played was running on a PlayStation 4, maintaining a solid 30FPS at all times. It is worth mentioning that there wasn’t a lot going on during my time with the game; perhaps, later on, there may be a few dips in frame rate. Tequila Works are also developing Rime for the Xbox One, Nintendo Switch and PC, so it will be interesting to see how those ports turn out. A game like this on the Switch would suit the console perfectly, and I would love to see if the PC port can run at 4K/60FPS. This game already looks gorgeous on a regular PlayStation 4, I’m sure some extra graphics power could have Rime looking that much better.

I’m looking forward to playing Rime in the future, you know, for longer than fifteen minutes. I didn’t get to delve into the story during my brief time with the game and that by far seems like the biggest draw of Rime. The beauty of Rime will make you want to give it a go, I only hope the gameplay can match the overall look of the game.

Do check out our exclusive interview with Tequila Works if you missed it. The Spanish studio also recently released The Sexy Brutale, developed in conjunction with Cavalier Studios, which is a pretty great adventure game.