The device model tested here is the lowest specced dGPU model available, with an i5-6300U, 8GB LPDDR3 1866MHz and a 256GB PCIE based SSD.

The processors that are included only come in two real flavors, either a dual-core 2.4GHz i5-6300U or a dual-core 2.6GHz i7-6600U. The i7 is clearly faster but not just because of the higher clockspeed. It also includes a full 4MB of cache, useful for the iGPU and for other CPU operations. These are, of course, very low 15W processors, being designed specifically for thin and light ultrabook class devices such as this, the Surface Book. There's also LPDDR3 operating at 1866MHz installed instead of LPDDR4, which is compatible with Skylake U

This means that performance will be on par with other ultrabook class devices, though perhaps slightly faster due to the architectural differences. Certainly it should theoretically be fast enough for the typical load that you'd encounter while working on this type of device. One should never treat it as a desktop replacement, though it should hopefully be able to complete work quick enough to not be too much of a bother. 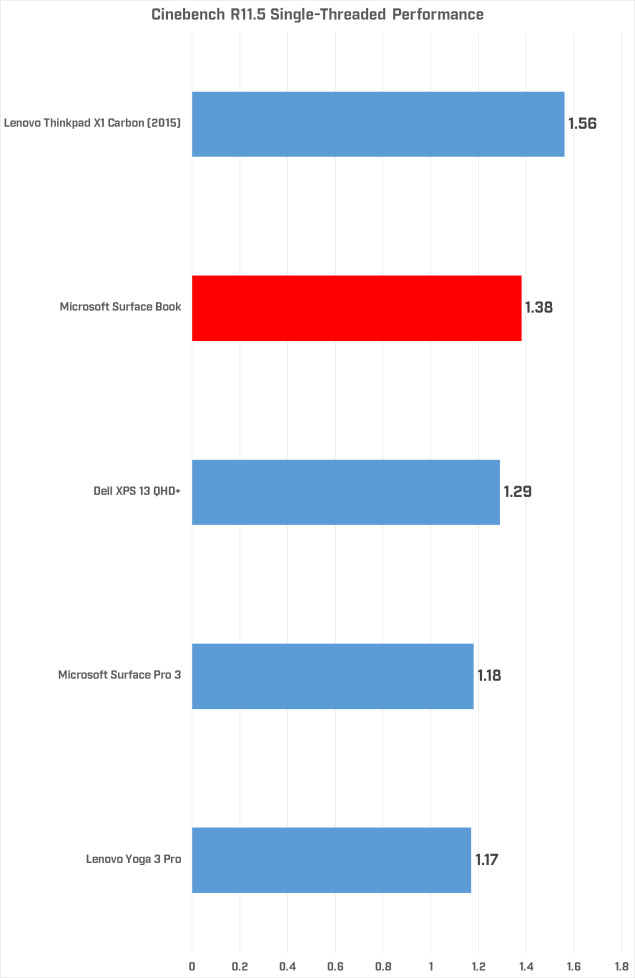 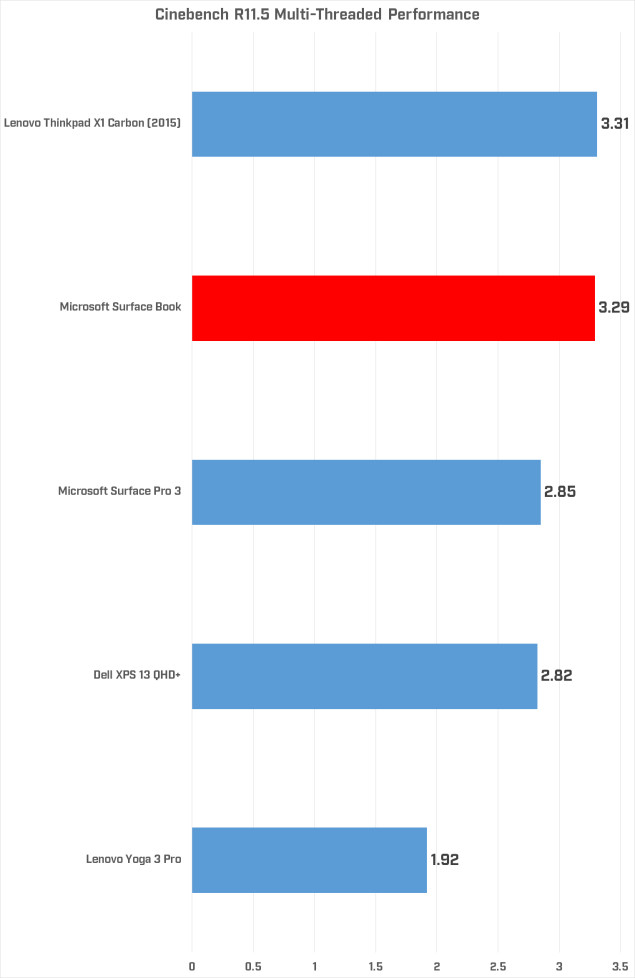 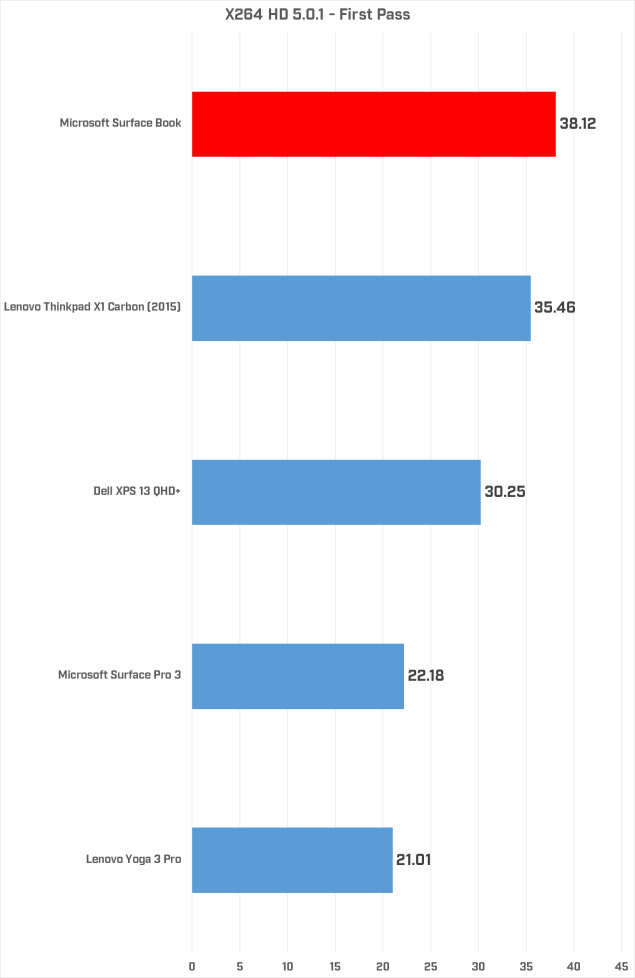 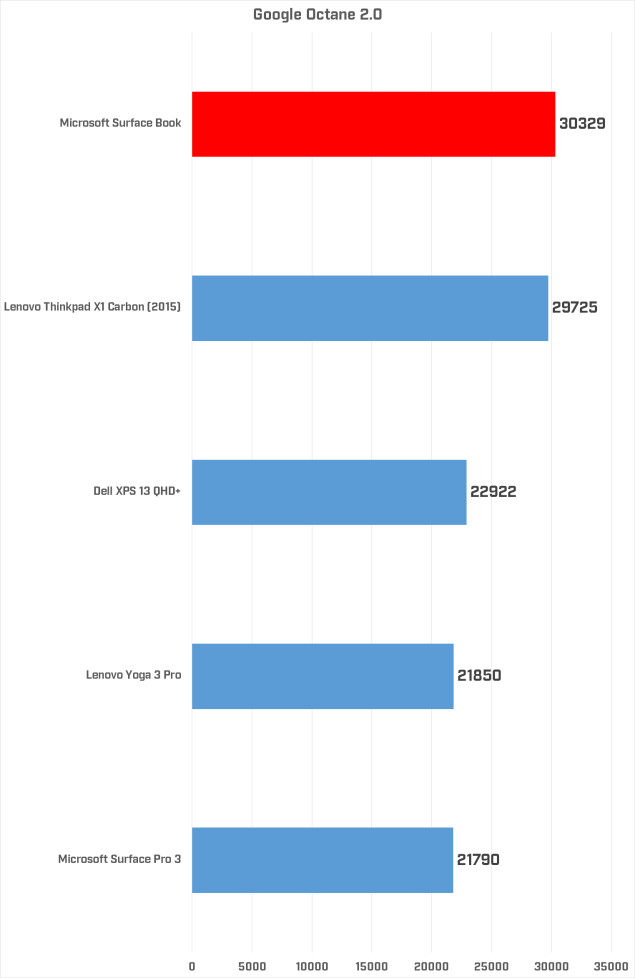 Overall it provides a similar experience to similarly devices, with the advantages of Skylake very apparent.

Storage in this sample is provided by Samsung, and is a Samsung PM951, which is very similar to the 950 Pro, though it trades MLC with TLC but retains NVMe and PCIE 3.0 x4 connectvity. This means that it's incredibly fast, though might suffer in write speeds when compared directly to the 950 Pro. The conclusion is that it's very fast. 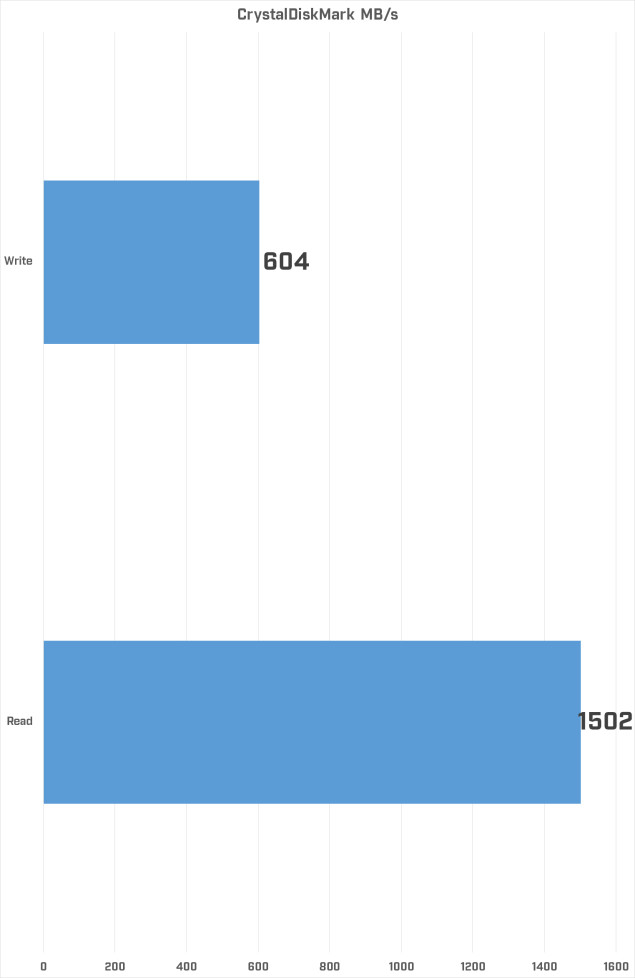 But does it do as we break away from normal applications and move into a realm that we here are very fond of: Gaming?