Microsoft is committed to bringing premium first-party hardware in much the same way that Apple does. The announcement of the original Surface and Surface Pro back in 2013 was met with a lot of criticism, that such a tablet couldn’t possibly be useful in any way shape or form. The keyboard was lackluster with a small touchpad and a horrid typing experience. The only saving grace, really, was the fantastic display combined with a surprisingly useful digitizer, something that many thought was only for creative people. It turns out, however, that having a pen is immensely useful. The design, too, was a spot on, an industrial piece of art with specifications that made it potent for everyday work.

The original Surface Pro wasn’t quite the instant success that Microsoft had hoped it to be, though they persisted in their adventure to create the perfect integrated mobile device: The Surface Book. 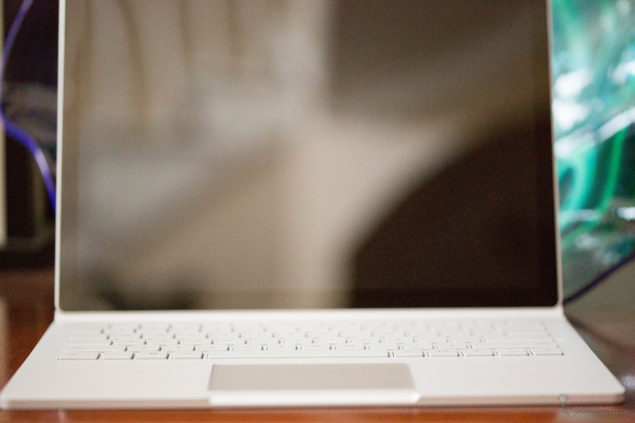 Announced on October 6th of 2015, the Surface Book is a departure from what had been a move into a tablet first design into something that could more readily be able to replace full blown, larger laptops. This is a laptop that can be a tablet sometimes, if you feel the need to do such. At the reveal, it was confusingly initially positioned as a direct competitor to the MacBook Pro before it’s true nature was revealed. It still is positioned as a competitor, though it also includes features that no one device in Apple’s lineup has. But it also is able to provide for a potentially better representation of the 2-in-1 market with perhaps a bit more elegance.

The Surface Book follows the same aesthetic as all previous incarnations within this family of mobile products, with a very industrial looking and understated exterior. There are two portions. The tablet, or Clipboard, and the keyboard itself. 18Wh’s of battery are contained within the Clipboard portion and an additional 52Wh is sitting in keyboard dock itself, adding up to a total of a quite impressive 70Wh of battery capacity. Also in the keyboard portion, on some models, is the dedicated NVIDIA 940M equivalent GPU, something that sets this far apart from other devices in this same size and weight class. 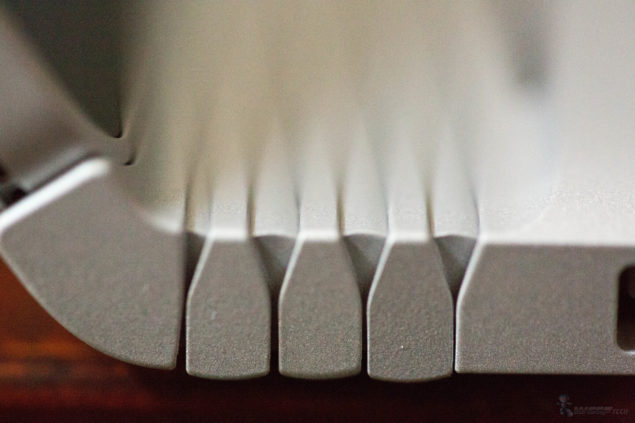 The keyboard dock is hefty enough to be able to offset the weight of the main tablet portion, so it doesn't inadvertently just fall backwards off of your lap. The unique hinge is a dynamic fulcrum design that allows for a 360 degree range of motion by way of detaching and reattaching the Clipboard portion facing the other direction. The hinge itself elongates as you open up the display, so to create a larger surface area touching the surface you've placed it on. It's rather ingenious how they've done it. And the Clipboard is attached in a far more secure way than has been used in anything before. No silly magnets of relatively weak aluminum clips that move against the force of springs. 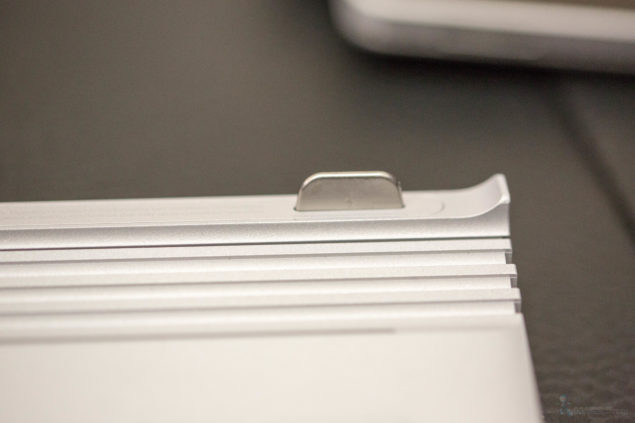 Microsoft decided that wouldn't be quite good enough for their flagship device, and instead applied a ferry dose of science to get the job done. They've used a nickel-titanium alloy that has shape memory, able to contract when electricity is applied, but maintaining a rigidity higher than that of other more common materials. Overall it's still far less balanced than a traditional laptop due to the weight distribution and taller aspect ratio, but it's better than it could be, certainly.

Press the required button and current is sent through the two outside clips that allow them to release. An audible click is heard when it's ready, and then just pick it up from the keyboard dock. For the Surface Book that doesn't have the dGPU it's a simple affair of safely disconnecting the USB devices before allowing you to pick it up, but with the dGPU it has to disabled that first, and can't do that unless apps that are using it are closed down. It'll inform you though, and it works rather simply and easily.

The display is a a marvel to behold in practice. The "PixelSense" display is a departure from the IGZO displays used in the Surface Pro lineup and is instead a 3:2 aspect ratio traditional amorphous silicon panel operating at 3000x2000 resolution. That gives it a 267 PPI at 13.5 inches. Scaling in Windows is actually much better than it has been, though individual applications might still need adjustments or aren't fully compatible with such high DPI's that you might wish to use with this high a resolution on a relatively small panel. Though it doesn't have the power savings that would otherwise be found in an IGZO display, especially when dealing with something as high-DPI as this.

The touch and pen controller is an in-house development, created especially for the new Surface line to provide a better and more responsive experience with both pen and your fingers. The result is a much improved experience with far lower latency than in previous iterations. There is very little latency between when you place the pen on the screen and start writing. It's an almost seamless experience.

The pen is the primary reason this was acquired, because I enjoy writing down notes and using a device in this way. I've been searching for the perfect experience, and it hasn't quite existed, even in Surface Pro guise, until now. Battery life while inking down complex notes or otherwise using the pen to control whatever application is on screen has never been good, though with the Surface Book, that's now a mostly non-issue. The shape is such that it's comfortable as a tablet itself to hold, though when it's placed backwards on the keyboard dock it's actually quite comfortable to hold and use while writing on it.