Battery life is rightfully epxected to be rather long, considering that it's filled with power efficient components and has a very large 70Wh battery spread among the two halves. With normal web-browsing we found that the Clipboard itself lasted for a good 3:54 hours. Altogether it lasted for far longer, being the endurance champ of the year. The test involved running a Python script that ran through 10 websites with 5 that were graphically intense with Flash ads and 5 that were more text based. 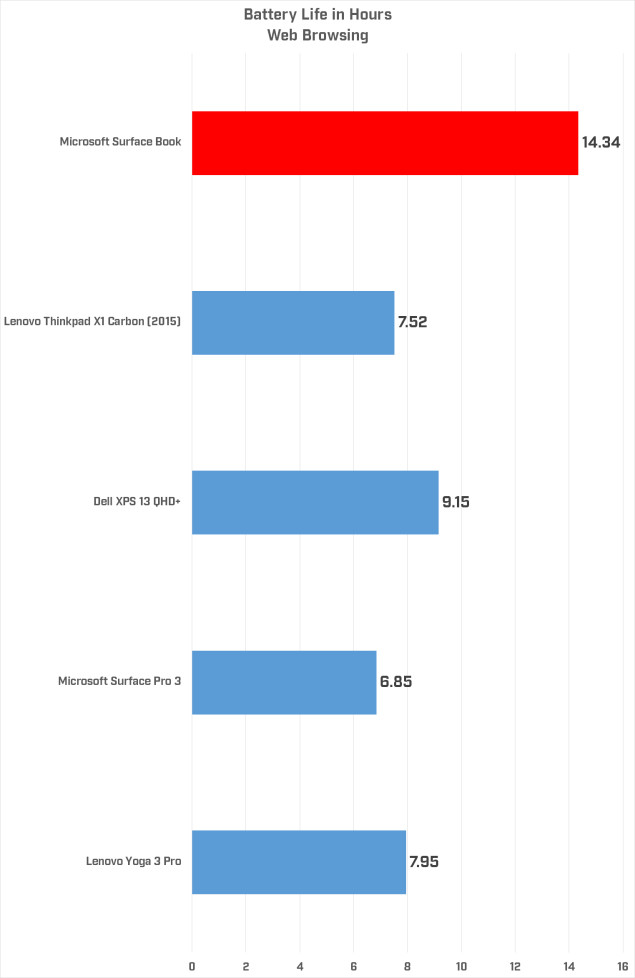 What's it like to actually use the device? Every day work is actually quite enjoyable. The trackpad is large enough to be useful, and responsive enough. There's slightly more friction than on its competitor, though it still is accurate and easy to use. The keyboard is slightly spongy and lacks a subtle curve on the keys. Also, the color and backlighting color make them hard to discern and see when there's sufficient light, though touch typists won't be bothered by that. Overall the key-travel is great and the full size makes for a mostly enjoyable typing experience.

Over the lat two weeks I used it for everything (aside from actual game reviews), from editing and stitching together videos, editing images and writing articles for here. It was a mostly acceptable experience. The long battery life was an absolute wonderful thing, and a godsend when working on most tasks. Even when doing more strenuous tasks, and those that made use of the dGPU, it lasted far longer than I would have expected.

There were a few small issues that are concerning, though. The dGPU can't be updated by normal means, such as by downloading drivers from NVIDIA. It simply won't be acknowledged by the drivers. Microsoft controls the updating of those drivers, unless you want to chance doing it yourself by modifying an ini file and thus installing untrusted drivers. GeForce Experience isn't included here either. It's important to note that Star Wars Battlefront won't play on the dGPU without the latest driver from NVIDIA, so I had to do just that. Also, Intel's display driver that ships with it seems to have some trouble with Excel for some reason. The display drivers would consistently crash with simple spreadsheets being displayed. They would recover, though it would be very annoying.

There were also times where the dGPU was suddenly not recognized and it had to be restarted in order to be able to use it in gaming, instead of the not so potent Intel HD520, though it is faster than last generations iGPU's.

Overall it's a very impressive device. It fills something more than a niche because it's a capable laptop on its own but has more features than any 2-in-1 or other laptops in it's class. Yes, it's expensive, but what you receive is a well made, good looking and quite powerful little device. The screen is positively gorgeous, the 3:2 aspect ratio is useful, and the battery life is very strong. It's a very good buy considering the size of this machine and it's overall capabilities.