The release of Summer in Mara couldn’t have been better timed. Given the uncertainty and social strife currently gripping the world, many are turning to gaming for a bit of escapism. Summer in Mara looks to provide exactly that, combining the gentle drama of life sims like Harvest Moon and Stardew Valley with the sunny exploration of The Legend of Zelda: The Wind Waker. Heck, Mara even takes place on a series of islands like recent megahit Animal Crossing: New Horizons. No wonder Summer in Mara amassed nearly $300,000 from Kickstarter backers – this sounds like the ultimate chillout game.

Of course, there’s an art to making a laid-back game that’s actually fun. So, is Summer in Mara the tropical vacation stressed folks need right now? Or is it sunk by a hurricane of bad decisions and sloppy execution? Slap on some sunscreen, it’s time to find out… 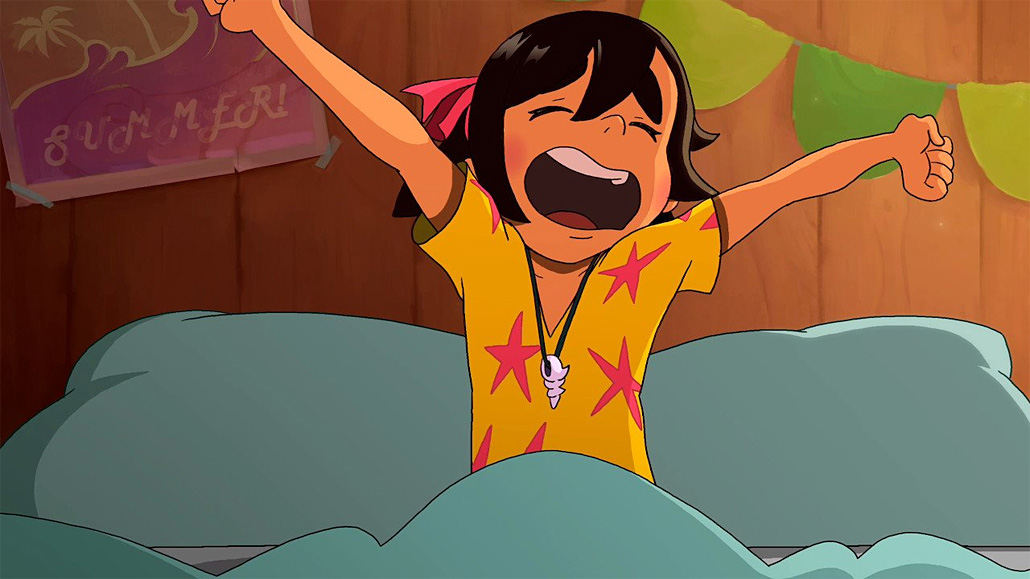 Summer in Mara casts players as Koa, a teenage girl who was abandoned as a child and adopted by a kindly fish lady named Yaya Haku. Sadly, Koa’s idyllic life is shattered when her “grandma” leaves their remote island home on a mysterious mission and doesn’t return. It’s up to you to set out into the wide watery world to find her, and perhaps some details about your own past.

Summer in Mara manages to successfully bottle some of Wind Waker’s adventuresome spirit. As in Nintendo’s classic, you begin your quest on your quaint home island, get a little taste of culture in the “big city,” then slowly expand your travels to new islands as you improve your boat and abilities. Granted, the sense of progression isn’t quite as satisfying here, but the formula still works. While Summer in Mara’s English translation can be rough, Koa is a likeable protagonist, and I enjoyed the game’s matter-of-fact quirkiness. This is a game where humans, sentient fish, cat people, aliens, and other oddballs intermingle without anybody really questioning it. While the game’s plot unravels slowly, it does serve up a couple decent out-of-left-field twists and even some surprisingly emotional moments. 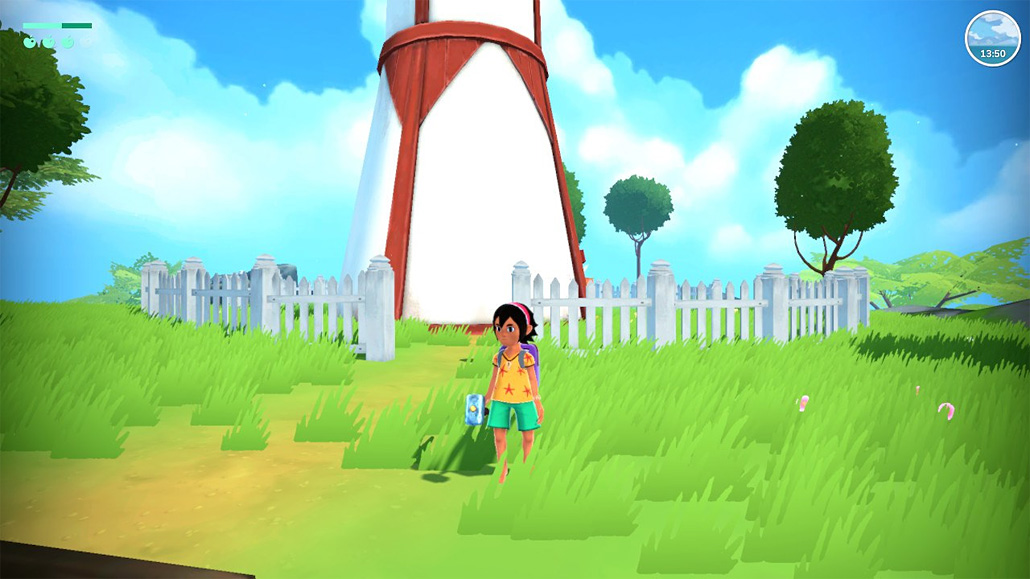 It isn’t just the story -- Summer in Mara also does a respectable job of replicating Wind Waker’s colorful, sun-soaked aesthetic, although the game’s character models aren’t nearly as expressive. The Switch version also suffers from some pretty serious draw distance and framerate issues (Mara really does look and perform like a lost GameCube title, for better or worse). At least the game’s mellow soundtrack is consistently hummable. So yeah, Summer in Mara ain’t Wind Waker, but I found its unique world appealing enough to keep me pushing forward.

It’s a good thing Summer in Mara has charm, because it can be rather frustrating to play. Koa is resourceful young lady, with the ability to farm, craft, chop down trees, mine for minerals, fish, retrieve sunken treasure, and more. Unfortunately, the game doesn’t really explain how to do a lot of these things, forcing you to figure them out on your own through trial and error. The game’s UI is an inconsistent mess – your map is next to useless, there are no mission markers to speak of, and objectives are often vague or confusingly worded. 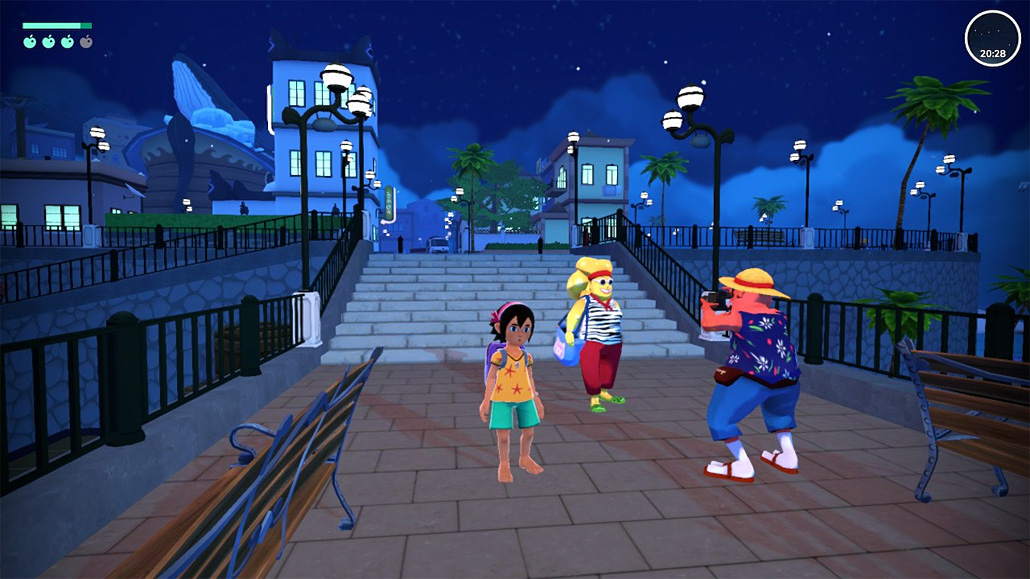 As an example, at one point, the game informed me that I required diving goggles to proceed and that I needed to talk to a certain character to get them. Naturally, I assumed that I had to complete a quest for this character and that the goggles would be a permanent upgrade, but no! The character in question also runs a store on the side, and I was supposed to buy goggles from him (which are a consumable resource for some inexplicable reason). I lost an hour trying to figure that out. Later, the game asked me to build a mine within a cave on my island. Naturally, I assumed they were talking about the island’s big, obvious, mineral-filled cave, but again, no! Instead you have the build the mine in the side of some random cliff. I lost another good chunk of time trying to figure that out. Even if you know what to do, the exact sequence of actions required may still trip you up. Trying to figure out what the hell Summer in Mara wants you to do is the game’s only real challenge. 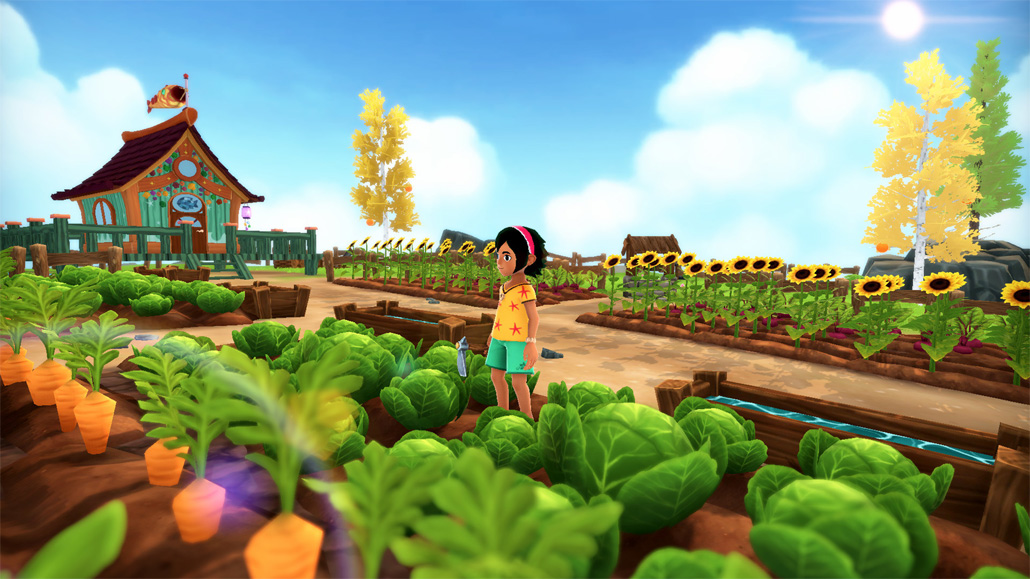 Granted, games like Stardew Valley and Harvest Moon aren’t particularly challenging either, but at least there’s a bit of strategy to running a profitable farm. That isn’t really the case here. With a few exceptions, money isn’t a major focus in Summer in Mara, as most of the time you’re just farming to get specific items to complete quests. Your home island is the only place your can farm or craft, so the game quickly falls into a repetitive loop – you venture out into the world, accept quests from NPCs, then head back to your home base to grow/craft the things they want.

That would be fine, but your home island is kind of dull, especially in the game’s early hours. Sure, you can collect fruit, fish, and lumber, but there’s nobody to talk to, and pretty soon you’re stuck just waiting for your crops to ripen. Plants grow even if you don’t water them, so eventually I started going to bed immediately so I could skip days and harvest quicker. A good life sim should encourage players to pack as much as possible into each virtual day, not sleep them away. Ultimately, Summer in Mara’s unsatisfying farming is a symptom of a bigger problem – the game is just far too focused on fetch quests. “Bring X to character Y” seems to be the only thing the makers of Summer in Mara could think of to progress their story, which ends up detracting from other potentially-promising areas of the game. 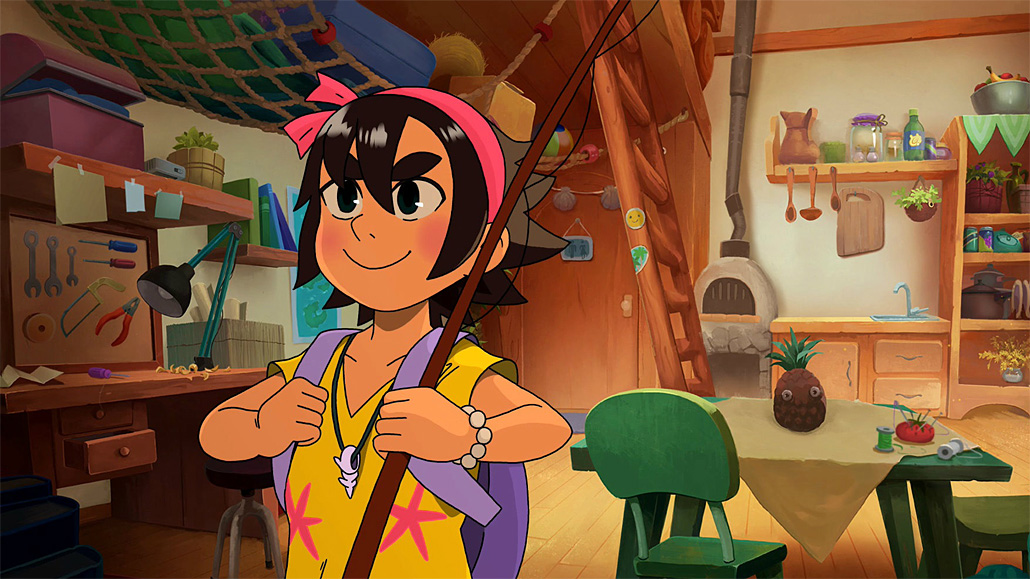 At this point, it may sound like I really disliked Summer in Mara, but…that isn’t really the case. The game is so low-key its rough edges don’t really wear on you. Yes, there are too many fetch quests, but the characters you’re doing them for are likable, so they aren’t overly irritating. If you don’t get too hung up on blitzing through Mara’s main story, the game can be genuinely relaxing. I suspect I’ll quickly forget much of what I did during my 15-or-so hours with Summer in Mara, but I can’t say I regret the voyage.

This review was based on a Nintendo Switch copy of Summer in Mara provided by publisher Chibig. The game is currently 15 percent off on Steam.

Summer in Mara can be endearing and sometimes evokes the spirit of better games like Harvest Moon, Stardew Valley, and Wind Waker, but poor UI, confusing mechanics, and repetitive quest design harshes the game’s mellow vibe. Perhaps Summer in Mara can be improved with updates, but for now, I’d only book myself on this island cruise at a discount.