About six months ago the cut down variant of the Fiji based GPU known as Fiji Pro was unleashed to the world.  Known as Fiji Pro and packing 3584 stream processors along with 4gb of HBM on a 512bit bus we saw limited launch with only two graphics cards, one of which we previously reviewed here. 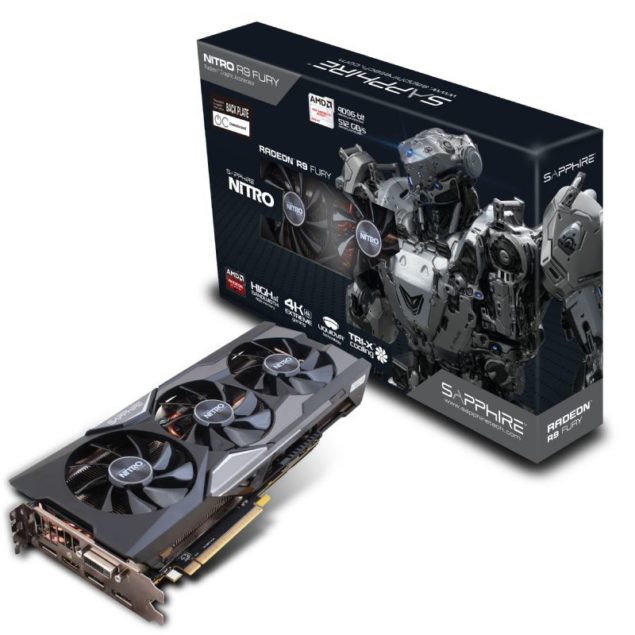 But why a re-launch six months later? For us to really understand why we need to compare the previous Tri-X model and the new updated Nitro model.  That all starts with the PCB, while the original featured the same reference pcb layout that the fury x employed, while that made for easy waterblock compatibility it also limited what Sapphire was able to do with the card itself and forced them to build around a foundation.  With the Nitro card Sapphire was able to build it from the ground up to their demands with an enhanced 6-phase circuit and an 8 layer pcb that helps lower vrm temperatures (unable to validate due to sensors not reading in GPUZ).  They were also able to incorporate a dual bios switch that can regulate power draw; the default BIOS limits the TDP to 260w and a target temperature of 75C, the second BIOS option allows for 300w and a target temperature of 80C.  Sapphire also changed the chokes to Black Diamond in order to combat the known coil whine exhibited by gpu’s in the Fury lineup I am happy to report that outside of loading screens in FarCry 4 and Hitman Absolution I experienced no noticeable coil whine.

This version of the Tri-X cooling solution has been beefed up as well and unfortunately extends down into an extra slot essentially making this a 2 ½ slot cooling solution.  The results however are more than worth this sacrifice.  Sapphire is touting this to be their “most efficient cooling solution ever built by the company”.  Featuring an array of heatpipes including a 10mm one connected via a solid copper plate and cooled by three 90mm fans that sit idle until the gpu hits a certain temperature.  They use a die cast bracket to connect the heatsink to the card to aid in supporting the 12” monster.  And on the backside feature a love it or hate it designed aluminum backplate.

Coming in at core clock of 1050mhz makes this the fastest factory clocked Fury card on the market at an MSRP of $549, it does come in a standard version as well for an MSRP of $539 for those who want to save a few dollars and overclock on their own. 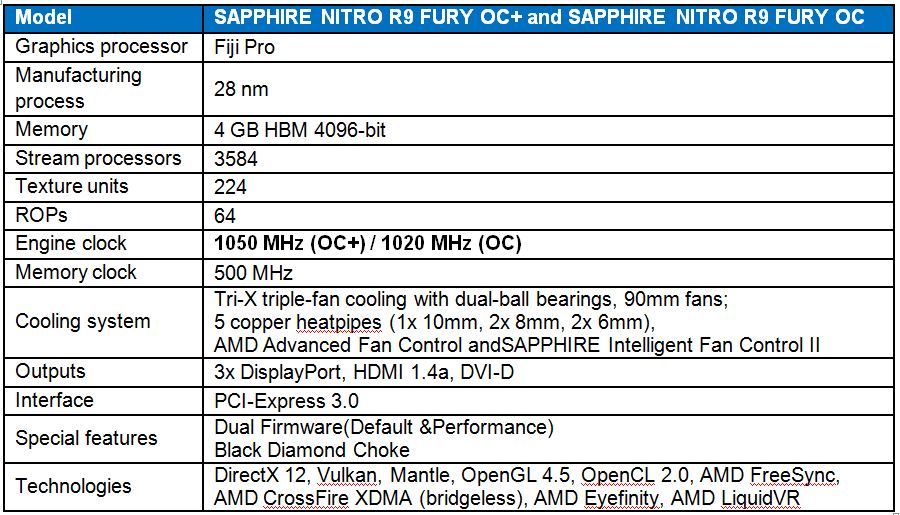