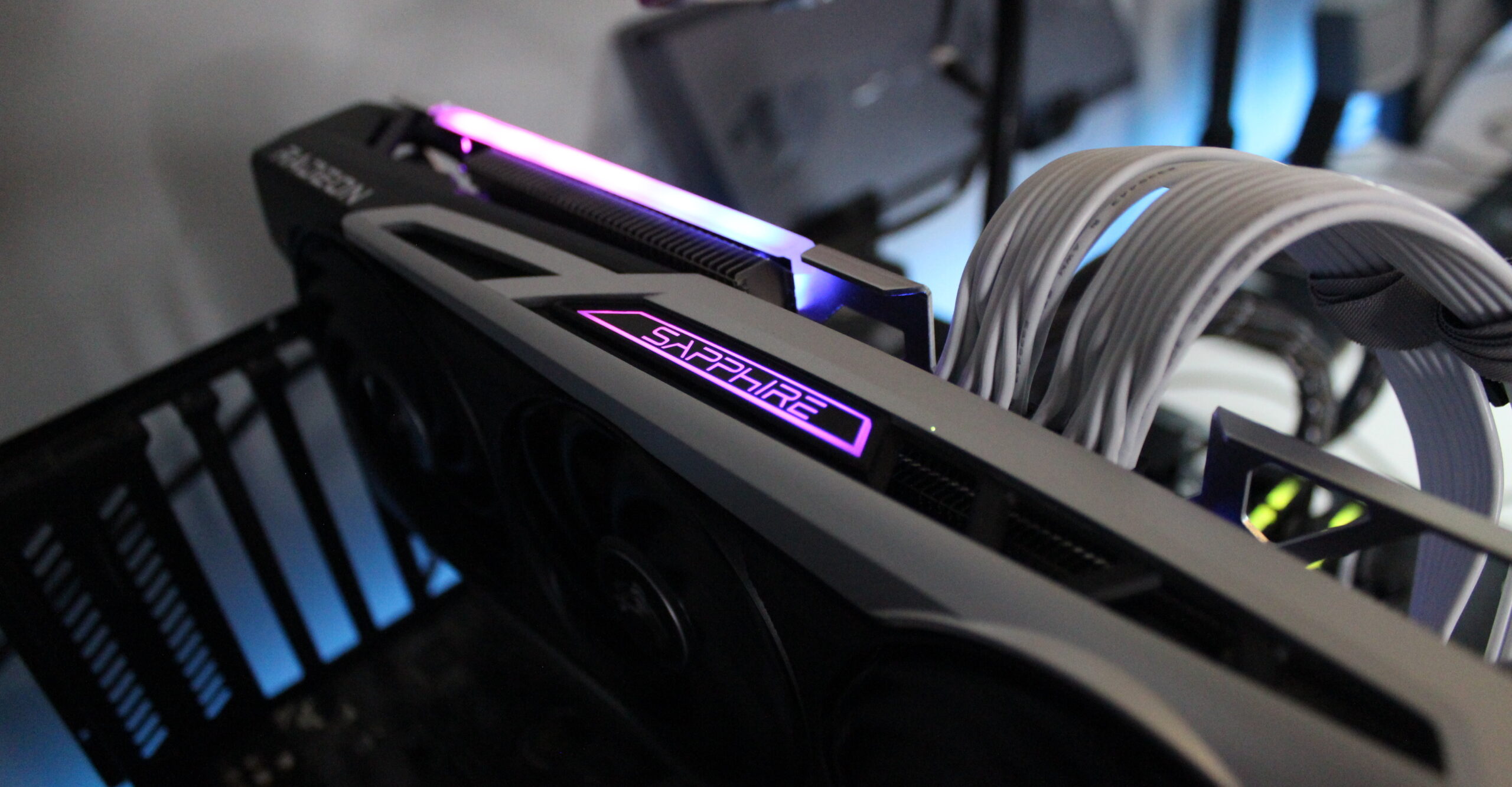 The SAPPHIRE Nitro+ Radeon RX 6700 XT comes packaged nicely in closed-cell foam to protect the card on its arduous journey from around the world to your doorstep.  Not only is the foam soft but it's wrapped in a padded antistatic bag, a good combo for safe travels.

The SAPPHIRE Nitro+ Radeon RX 6700 XT is quite a large card but surprisingly light for the weight. You're going to need to plan on having at least 3 open slots to fit this one into as it extends just past that two slots window. The cooler is adorned by a triple cooling solution that has become synonymous with SAPPHIRE's high-end Nitro+ coolers for some time.

In terms of the three fans, you'll see two larger fans that spin counter-clockwise but the center, smaller fan,  spins clockwise in an effort to reduce turbulence and noise. While I can't validate acoustic levels the subjective sound signature is incredibly quiet.

The rear of the SAPPHIRE Nitro+ Radeon RX 6700 XT is adorned with a solid chunk of aluminum that makes up the very attractive backplate. There are ample cutouts at the rear of the cooler to allow for air to flow freely from that back fan through the heatsink like the company has been holding to since the release of the R9 Fury Tri-X way back in the day. the Nitro+ logo on the backplate joins in with the sidebar and logo to feature addressable RGB and even has an aRGB header on the back of the card so you can easily sync up the card to your systems arrangement. 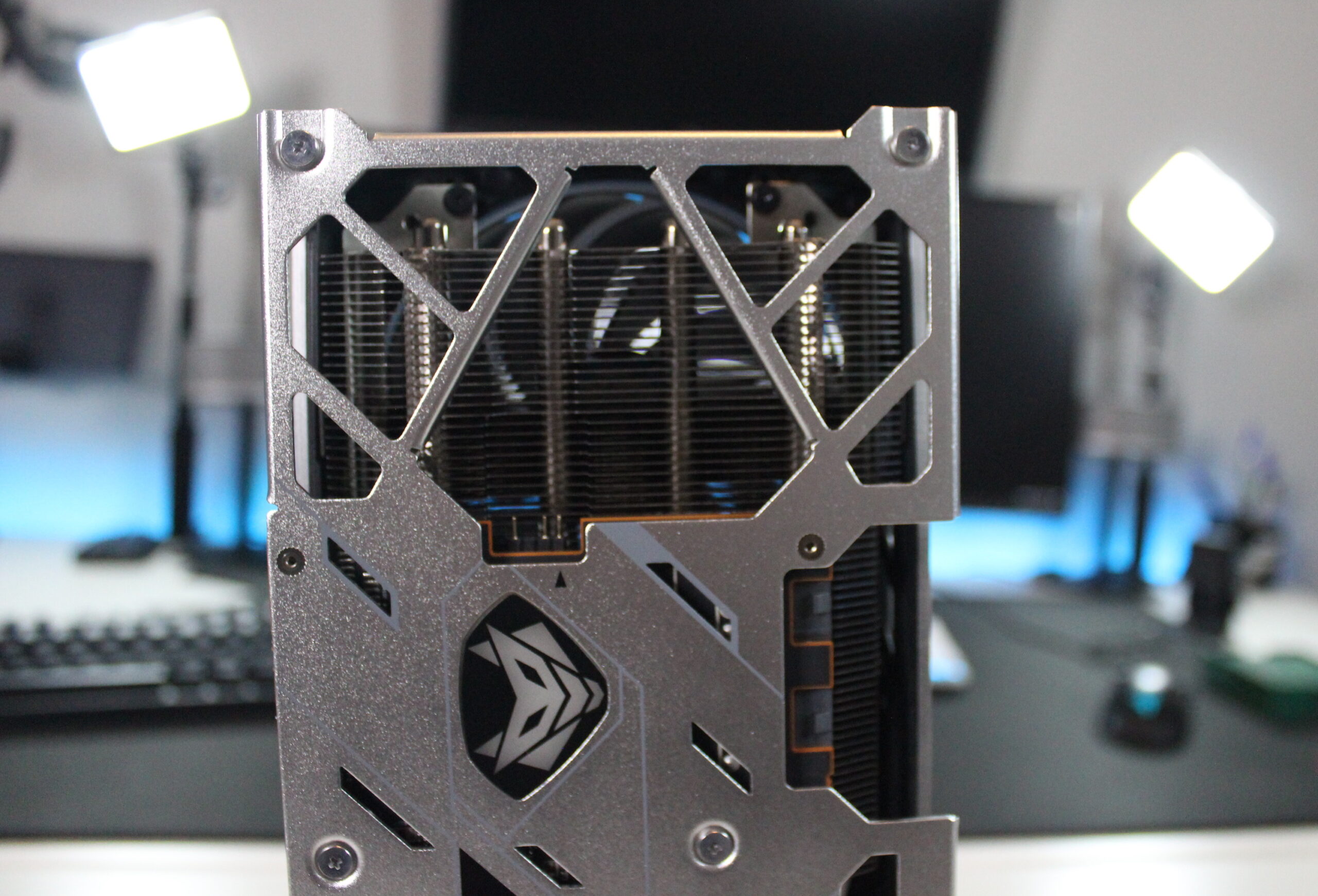 Power connectors include a set of inverted 8-pin + 6-pin connectors to feed the SAPPHIRE Nitro+ Radeon RX 6700 XT's rated 220w TDP, so it should be well more maintained thermally than the reference card (hint: IT IS). The card does feature a 3-way selectable BIOS with the stock 220w BIOS, a Quiet mode with a reduced 186w BIOS, and a third selection making it possible to switch via software rather than a manual toggle.

Rear I/O on the SAPPHIRE Nitro+ Radeon RX 6800 XT are much more akin to what you've likely grown to expect from modern graphics cards. SAPPHIRE has ditched the Type-C connector like we see on the reference RX 6000 Series cards so far and replaces it with a third Display Port and from where I'm standing it was likely a good move. 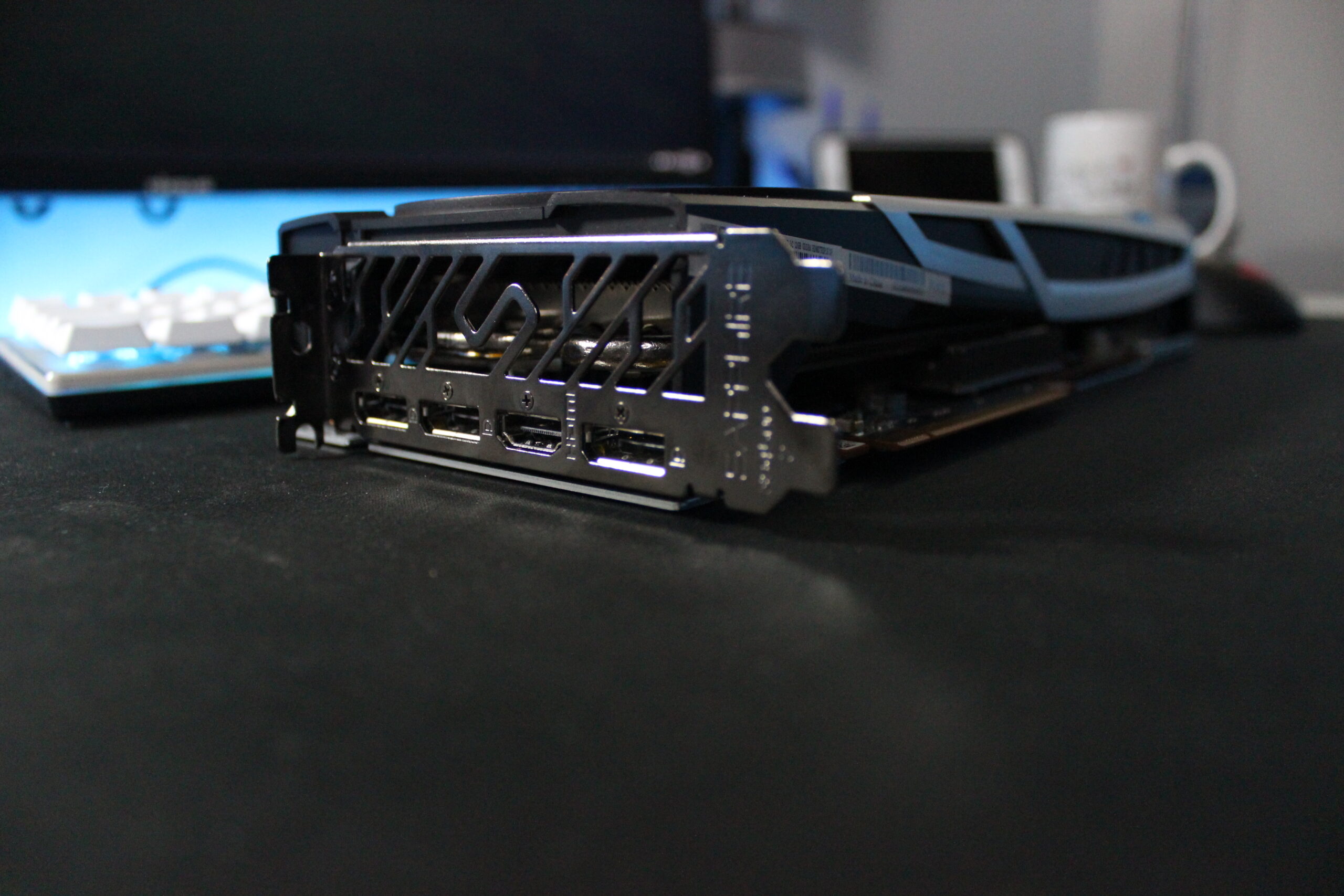 Being able to remove the fans from SAPPHIRE cards has been a company staple for some time now and they continue that legacy with the SAPPHIRE Nitro+ Radeon RX 6700 XT making it super easy to clean your fans and heatsink without having to remove the entire cooler, but also makes for lightning-quick repairs rather than waiting for RMAs over just a fan. 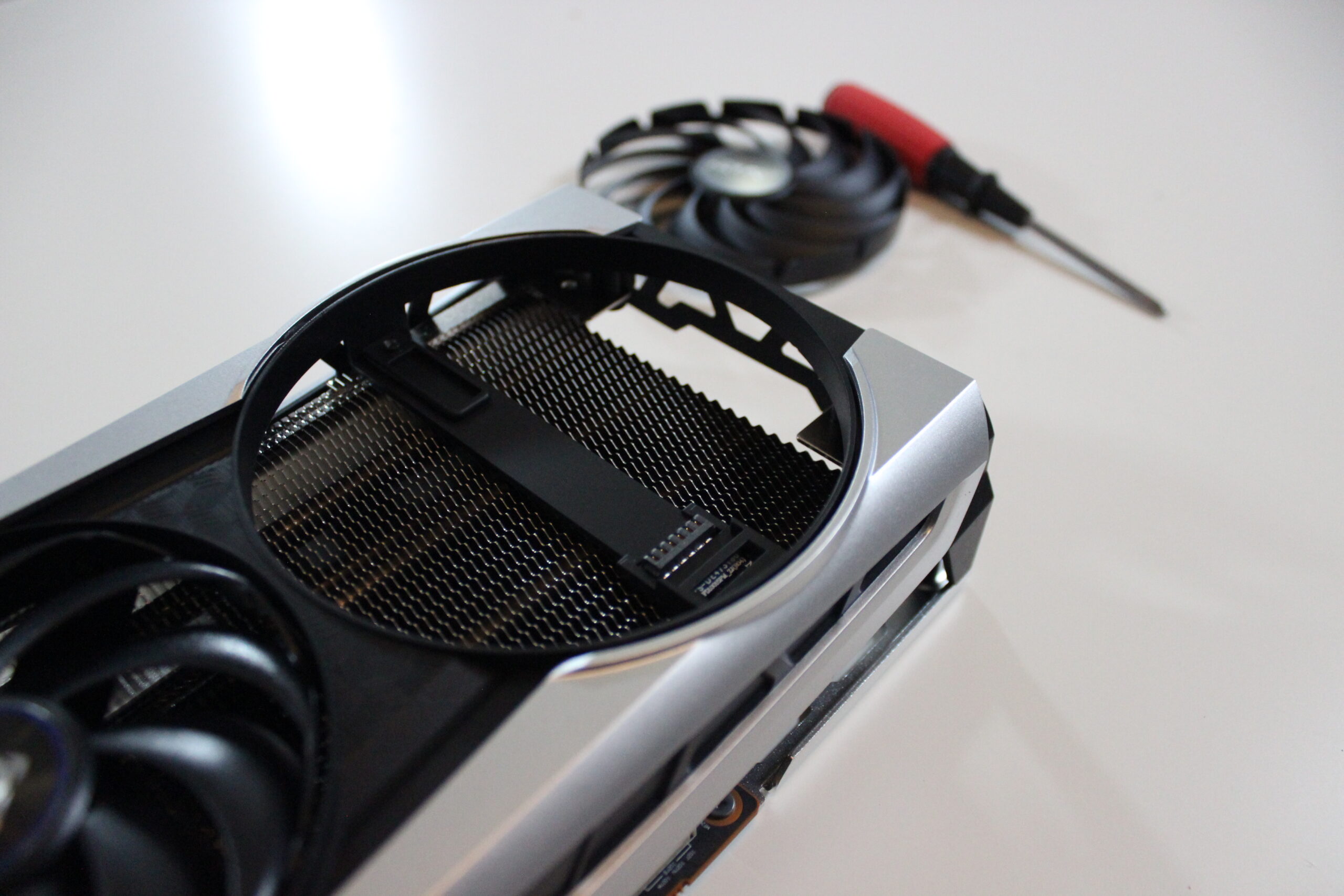 The cooler that SAPPHIRE strapped to the SAPPHIRE Nitro+ Radeon RX 6700 XT is an absolute unit featuring 6 thicc heatpipes running the length of the heatsink to keep the core a nice and cool temperature without the fans even needing to break a sweat. They also set up a custom VRAM and VRM heatsink mid-plate that gives those components their own finned heat sinks, no wimpy flat or ribbed plate for them.

I would have preferred getting better shots of those components but being a loaner unit we don't disassemble those.