There are loads of competitive shooters to play on both console and PC right now, but not enough of them offer full crossplay across a variety of platforms. Not enough of them have a lively fanbase. Not enough of them are free to play. Rogue Company is designed specifically to counter all of these issues. You want Counter Strike-like competitive gaming on your Nintendo Switch, PS4, PC, or Xbox, with cross-progression and all of your friends? Rogue Company is one of the few games available that does that. But cornering the market doesn't ensure success.

It's very hard to look at shooters like Valorant, Warface: Breakout, and Rogue Company without seeing them as incredibly derivative. They attempt to separate themselves from the games that have come before, and Counter-Strike: Global Offensive has been a particular influence on all of them, but you can't look at them or play them without everything feeling distinctly familiar. The question is how much can they separate themselves from the most popular game in the genre. Valorant did this with unique heroes and abilities, Warface decided not to do this at all, and now Rogue Company has gone with both heroes and a third-person perspective.

It might not sound like much, but that third-person perspective really does change how the game plays out. Suddenly you have sight around corners that were previously a mystery without giving yourself away in first-person games. You can silently wait around the corner without being spotted while having a full view of whatever is in front of you. At a high level, this demands much more cautious movement through stages. That first-person perspective does also mean that, for a majority of weapons, you won't be getting quick kills. Automatic weapons aren't as accurate as you might expect from the other competitive shooters I've mentioned, which allows room for a dodge roll to quickly take you out of danger and behind a corner.

While other small-scale competitive shooters thrive on perfect shots to take down opponents, this one can at times be a panicked cluster of missed shots and stray grenades - but that also breathes life into the moment-to-moment gameplay. Just because another player started shooting you first, that doesn't mean things are over. A smart dodge roll and retaliation can lead to you dominating your opponents and racking up killstreaks in the Strikeout and Extraction modes, or aces in the competitive classic, Demolition.

The individual hero characters all have unique abilities, though they're not all equally useful. Some feel as if they're only good as a counter-pick, such as the hacker Glitch, while another hero allows you to revive teammates from a distance, which is useful in every game mode. Others have simple firepower upgrades or movement buffs, but the minutiae of enemy abilities aren't going to be a massive concern here like it might be in Overwatch or Valorant. It's essential you master the abilities of the hero you play, but not necessarily essential to know the abilities of enemies.

Strikeout is the most friendly of Rogue Company's modes, where each team must win three rounds either by capturing a point or eliminating their opponent's stock of 12 respawns. The respawns will likely decide the game before the objective, but it feels like a nice variation of the more relaxed team deathmatch style game mode, and the objective means that you'll easily be able to find where enemies are focusing their efforts. Extraction is much the same, except staying on top of the objective and capturing it is a bigger focus. Demolition is, of course, the competitive game mode we all know, with one team defending and the other attempting to plant a bomb before the sides switch. No respawns in each round, only smart gameplay.

The third-person perspective, and generally less accurate weaponry, does mean that this game feels better suited to consoles and controllers than the other competitive shooters which require hyper-accurate aiming. You can comfortably miss a few shots in Rogue Company and not feel as if you've lost the round for your team, and long term it'll lend itself better to cross-platform play, in the same way that Fortnite does. Rogue Company manages to straddle the line between a hardcore competitive experience and a casual-friendly introduction to this shooting subgenre quite well, and as a free to play game, it's well-positioned to gather a big fanbase.

But like some of the other games mentioned, it does feel somewhat barebones. These game modes are all there are in the game, and while there's a small-but-solid selection of maps, you'll quickly find yourself getting deja vu. Though, when this is available to all after the early-access period you'll be able to invite all your friends to play with you, I imagine this early issue will be completely wiped away.

The only thing left to say is that Rogue Company just feels a bit bland. Valorant seems to be the only game in this space that has successfully managed to feel vibrant, unique, and full of personality. Games like Warface: Breakout and Rogue Company on the contrary just look somewhat derivative and dull by comparison, and while they play well, they don't stay in mind for long after play sessions. Though this could be solved simply by giving the individual heroes more personality to go along with their designs because as of right now, they're just a bit plain.

But my complaints about Rogue Company are, honestly, mostly nitpicks. This is an incredibly solid competitive shooter, and for the low price of free, it's easy to recommend to players on all platforms once it launches. 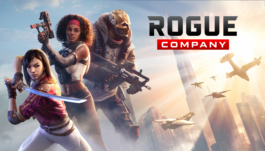 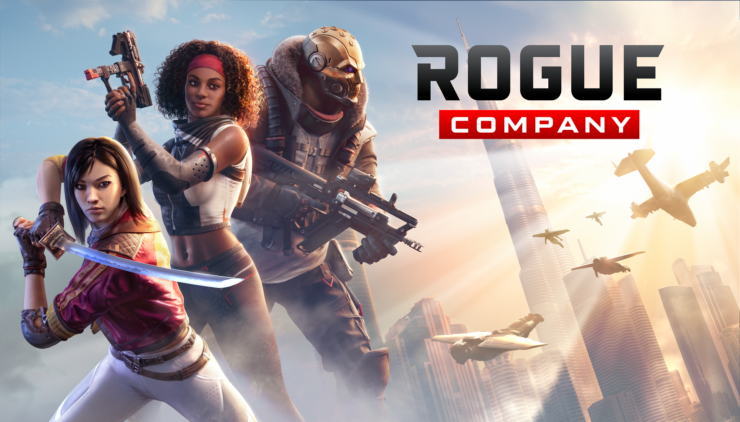 Rogue Company is a solid, if uninspired, competitive shooter. What Rogue Company lacks in originality, it makes up for with solid gameplay, cross-progression, and cross-play across all major consoles, including Nintendo Switch, on top of being free to play. That is an offer that is very hard to refuse.