I felt very lucky when my team won the first few rounds of a Hardcore game in Warface: Breakout. Finally, I was getting a few kills in this game, planting bombs, defending points. It felt good. Then a member of the enemy team left, and teams don't get filled out mid-match in Hardcore mode. Before you knew it, my team was four-men strong, the enemy team was just one. It was at that moment that my team got sick of winning.

First, there was a team kill. Why not kill a teammate, you'll still undoubtedly win against the single opponent. Then there was non-stop team killing. In fact, the moment a round started, the team was shooting guns at one another. Just like that, we would go from four to a single shooter. And then that shooter would put down their gun, pull out their knife, and go into the center of the map and knife fight the single enemy. This all happened organically, without voice chat. At first, I was outraged at stupid teammates ruining my good luck, but then I realized it was the most fun I'd had all day. Killing off my team to be the last one standing, and then out-maneuvering the enemy to get a knife stab was brilliant, and absolutely not the intended way to play Warface: Breakout. 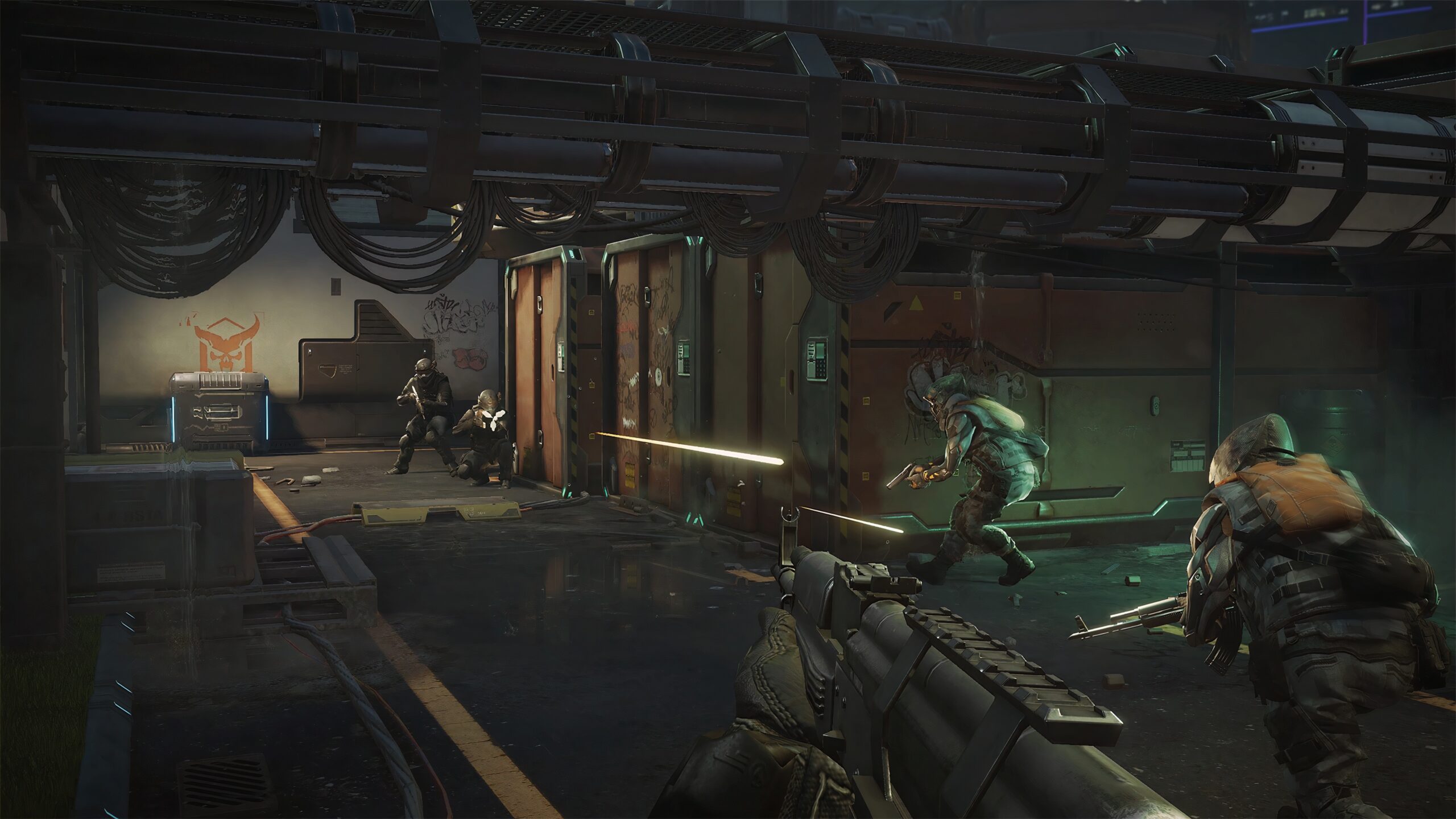 The biggest problem Warface: Breakout has right now is its community. It's lacking. There's nothing wrong with the community that is there, but there aren't enough of them. Playing Warface: Breakout shortly after launch late at night, I spent ten minutes matchmaking before going to bed. A bad time of day to be trying to play, absolutely, but I would expect to be able to play a game of a brand new online shooter at absolutely any time of day. If I turned on any other shooter I own on PS4, I would find a game in less than a minute. And if this is the activity on the servers shortly after launch, I dread to think of how empty it could be in a year.

But when it works, it works. The guns feel good to shoot, and the high-risk high-reward gameplay feels intense, outraging at times, but very satisfying when your strategies all work out. You need to navigate the map slowly, either defending or attacking two points that can be detonated with a bomb. More often than not you'll find one of the teams will be eliminated before the bomb is planted, but sometimes it comes very close indeed. In these moments, Warface: Breakout shines as an incredibly good competitive experience.

But then that's it. In terms of content, that's it. We've mentioned Hardcore mode, and there's a Casual mode too. Both play the same game mode. That is all of the content in the game. If you want something else to do, you can buy premium currency and loot boxes. Yes, this is a paid game, but all it has is a single game mode and microtransactions. That is it, all of it. That is Warface: Breakout. 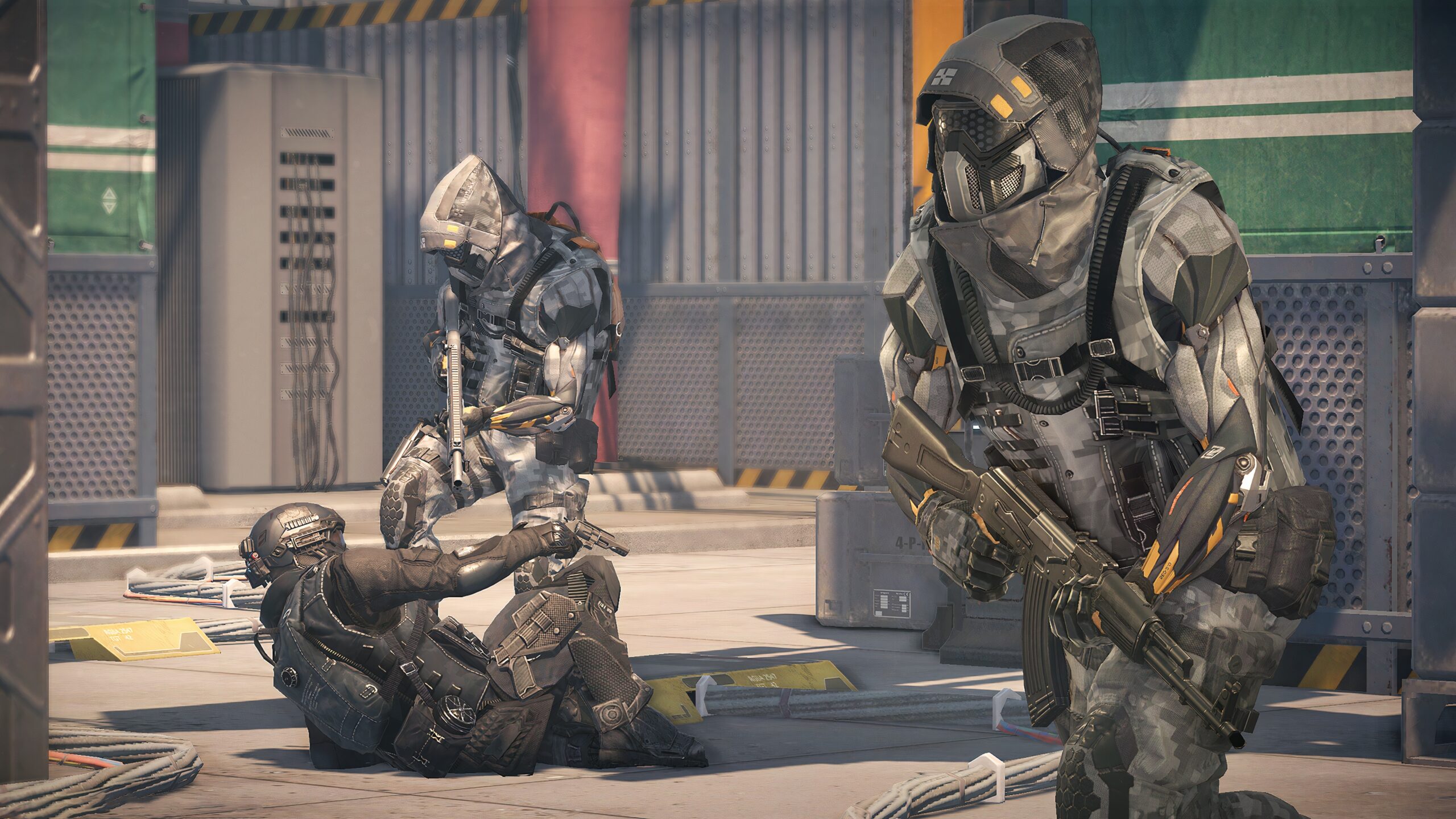 It doesn't help that the game is incredibly bland, too. The art style is just, plain. It's just CSGO. Licensed music plays in between missions, and I was shocked that it is apparently licensed - it's total trash wub-wub dubstep. Actual garbage example of the genre, and somehow, the music that plays when you disable licensed music is an improvement. Utterly absurd. The whole game is lacking any kind of aesthetic or personality.

And that is a crying shame because the game plays well. Guns feel good to fire, executing tactics is satisfying, all of the maps are intelligently designed and I feel smart and accomplished from navigating the map, finding vantage points, and picking off enemies whenever I can. You quickly learn where enemies are likely to appear, how they'll attack, and when building a counter-strategy you will smile. As long as you can keep finding people to play with, of course.

What this game needs right now is to go free to play. It is content bereft and is lacking in players, in addition to already featuring microtransactions and loot boxes - which are very unappealing, by the way. With a large community of players, I could potentially see a very bright future for Warface: Breakout, but as of right now it needs more players, and if you're going to force people to pay for it, it needs something else for players to do, for when they can't find a game online. Otherwise, this will dwindle into obscurity before you know it.

Warface: Breakout is a very admirable attempt at a close-quarters competitive shooter, but in a market with CSGO and now Valorant, Warface looks to be the very weakest option. It doesn't do anything unique, and it's aesthetically ugly. When Warface: Breakout works, it works well, but as it stands now I do not see a future for the game long-term.