If you've been living under a rock lately or not been in the market for a gaming mouse you could have easily missed one of the latest trends in gaming mice and that's ultra-lightweight, even to the point that they're blasting holes in them to shed every ounce they can. This has brought out newcomers like Final Mouse and Glorious PC Gaming Race products like the Model-O. But Razer wasn't going to get left out of the scene on this one and jumped right in with the Razer Viper, an ultra-light ambidextrous esports focused gaming mouse. I hear you, Esports...really? But yeah, see often mice are marketed to different segments of markets and esports gamers don't need a ton of buttons all over the place, they usually want a very straightforward mouse that is designed to be light and responsive without getting in the way. But does Razer manage to do that with this mouse they spent quite a bit of time developing, even to the point they worked directly with real esports competitors to get direct feedback to mold their design choices through?

The cord is shaken up with their new Speedflex Cable design, gone is the tightly braided cables like the Mamba and the Basilisk had and is replaced by their new 2.1m Speedflex cable. Similar to a paracord design but a bit looser the speedflex cable is a bit thicker than I had expected but is super flexible and doesn't get bunched up and stiff like other cables Razer uses. It's a good move and welcomed although with the lightweight nature of the mouse it actually feels heavy. A very important note on the design that most might overlook is the fact that the cord is angled slightly upwards from the mouse body to extend the point which hits your mouse pad out by a little bit, nice touches like this are really key to making a better product.

The Razer Viper features an ambidextrous design that I was hesitant about at first, only because I'm right-handed and have become accustomed to right-handed mice like the Logitech G502, Razer Mamba, Roccat Tyon, but it did take me a few days to get used to it so I could really get this one going. Coming in at 126.7mm long, 66.2mm wide and a short 37.8mm tall the Viper lends itself perfectly for a palm style grip with my hand that measures in at 177mm, I know I have small hands. On the top of the mouse you'll find the scroll wheel, right and left mouse buttons, a pair of forward/back buttons on both sides and these can all be modified in the not-required synapse software (more on that later) and the Razer logo is under the surface so it has a frosted look to it for the only RGB that's present which is pretty nice.

The real kicker here on the body is the weight, the Razer Viper comes in at a very light 69g and managed to do so without blasting it with buckshot thanks to ver strategic internal shell designs. They claim they had the ability to make it even lighter but all the feedback from the pro players landed them right here at 69g for optimal control and speed, maybe it was to sneak in a joke or two but who am I to judge there. I can appreciate keeping the mouse looking normal so that it's more welcoming to people but I also do have concerns about debris buildup in an open holed body mouse, although that might be a completely unfounded concern. Either way, the weight is nice and now everything else mainstream feels like a brick, thanks Razer.

Flip the mouse over and you'll find two glide pads at the top and bottom of the mouse, they're a bit anemic in size but it does have glide pads surrounding their in house 5G optical sensor that is rated for 99.4% accuracy and 16,000 DPI for those who need to cross 6 4K monitors in the blink of an eye. Tracking felt good and I never came across an issue with it but I kept the DPI at 1800 where I'm most comfortable. Speaking of DPI if you recall earlier when going over the top of the mouse I didn't mention anything about a DPI selection and that's because it's on the bottom instead. This keeps you from accidentally changing the DPI during a heated firefight or any other reason, but it could prove a hindrance if you're someone who adjusts DPI on the fly in-game for whatever action you're trying to take. I know there are some games where I like to change it if I'm in submenus or using a vehicle.

What about the scroll wheel? It's wide and has a good grip, other than it's a scroll wheel. The switches are much more interesting, however. They're implementing their new Optical Switches for instant actuation. But while the instant actuation is nice having been someone who suffered from losing a mouse in the past to the left click wearing out and double-clicking no matter what thanks to the debounce delay taking a dump I can appreciate no longer having to worry about it. These switches are able to do that because they actually do not have any physical contact points, they're actuated entirely by light passing through the switch as it moves down. Thanks to this design they're able to extend the lifespan to 70 million clicks, count them up if you want on your own I can't validate this claim. Another claim is that they're 3 times faster than normal switches but that time frame is so small already you'll likely be like me and not be able to tell the difference. Sound-wise they have a nice solid thud and aren't very clicky sound, not very loud either.

Okay, Software? I know how much you guys love Razer Synapse Software Suite, after all, you tell me every time I do a review of their hardware. If you fall into that camp you'll be very happy to know that it's not needed unless you want to change the color of the cycling logo. There are 5 presets for the DPI saved to the onboard memory of the mouse, you heard me right ONBOARD MEMORY, and while you can use the Synapse software to change the settings of each and they'll stick it won't save the RGB configuration so you'll be left with a color cycle effect when you take the mouse off to use on another computer or want to uninstall the Synapse Software.

So coming in a $79.99 the Razer Viper isn't exactly cheap, but it is an acceptable price considering how well the mouse was executed in design and performance. I love the fact that they have managed to make a really lightweight mouse that can easily fit into any setup and be taken about with you without fear of it filling up with lint and debris in a bag. I wish they had put bigger glide pads on the bottom if for nothing more than to maybe extend the life of them. The addition of onboard memory is exceedingly welcome and very appreciated, not being met with a Synapse installer the moment you plug in the device is a great move and shows that Razer is listening and making a move to deliver what their audience is asking for, it would have been great if they had included enough storage to save the RGB profile as well. But at the end of it all the Razer Viper is a solid and competent lightweight gaming mouse that will serve you well into the long hours of the night. 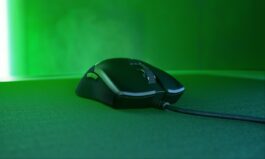 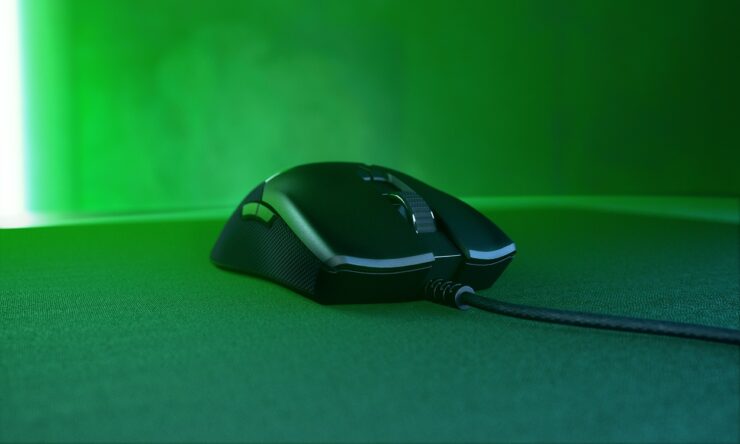 The Razer Viper is a solid and competent lightweight gaming mouse that will serve you well into the long hours of the night.