I don’t think many folks expected to see a Rage 2. The original Rage was a thoroughly fine experience that didn’t sell all that well, and open world games have come a long way since 2011. You’d think Bethesda and id Software would let this particular sleeping dog lie, and yet, prior to last year’s E3 they announced they were reviving Rage with the help of the open-world specialists at Avalanche Studios.

Honestly, it’s been tough to determine how hyped to be for Rage 2. Id Software’s recent Doom reboot was excellent, but they’ve admitted they know nothing about open world games. Avalanche has the open-world experience, but their recent games like Just Cause 4 and Generation Zero have been pretty mediocre. Have id and Avalanche teamed up to create something great? Or will Rage 2 make you want to rage quit?

Rage 2 takes place three years after the events of the original game, in a world that’s already starting to bounce back from oblivion. Unfortunately, efforts to jumpstart civilization are set back when the bad guys from the first game pull a Bowser and return just as strong as ever. The Authority under General Martin Cross attack the city of Vineland, leaving only a single Ranger alive. As that final Ranger (named Walker regardless of whether you choose to play as a man or woman) it’s up to you to track down several colorful characters from the first Rage, who will help you execute Project Dagger, a secret plan that will crush the Authority for good (until they return in Rage 3).

Rage 2’s story is about as simple as it gets. You get a few introductory missions, then are let loose to mess around. After only a few hours you’re free to tackle the final mission. Avalanche took a very similar approach with Just Cause 4, and as with that game, you never get any feeling of tension or that Rage 2’s villains are a real threat to the world. There’s no character growth, significant twists, or really much of a plot at all. The game’s world is equally uninspired – bog-standard post-apocalyptic nonsense drenched in embarrassing early-2000s edginess. This is the kind of game that thinks mohawks and crotch chopping are totally in your face. That a person wearing booty shorts and a vaguely creepy Bill-Clinton-esque mask is unforgivably twisted. The cringe extends to most of the game’s dialogue, which is horribly written and seemingly performed by whoever the devs could round up around the office.

Rage 2’s visuals don’t exactly bring its shopworn world to life either. This is an ugly game on consoles, featuring last-gen character models, blurry textures, plenty of pop in, and an overall garish art style. At least the game runs relatively smoothly (although hitches do pop up now and then).

At this point, you likely have the impression I really disliked Rage 2, but that actually isn’t the case. Yes, the game’s world is derivative and impossibly uncool, but it also lacks the grind of so many of today’s triple-A games. Getting around is painless, and finding something to do is never difficult. There are plenty of different activities available, including hunting for Ark powers, clearing enemy bases, taking down caravans, and entering races. After plodding through something like Red Dead Redemption 2 (Rockstar’s game is great, but boy does it take its time) Rage 2 feels like a pure open-world sugar high.

As for the action, it’s best described as “Doom Lite.” Like id Software’s 2016 hit, Rage 2 is all about aggression. There’s no cover system, you can absorb a good amount of damage, and enemies shed health pickups when they die, making the guns-blazing approach your best option. Rage 2 isn’t quite as pure or tightly wound as Doom, as it does include conveniences like health infusions and limited regeneration, but the shooting is still leagues above almost any other open-world game you could name. Avalanche has also added some Just Cause flavor to the mix, giving the players a variety of superpowers that can be used in different combinations. Diving into the middle of a huddle of enemies with the shockwave-producing Slam ability, activating Overdrive mode, then splattering the stragglers with your shotgun is deeply satisfying in a sick sort of way. I also enjoy knocking hapless baddies into the air with Vortex then shooting them down with smart rockets. You don’t have to use most of the powers if you don’t want to – the Dash ability and a leveled-up shotgun is all you truly need – but creative types certainly have plenty of options.

Unlike many of today’s RPG-infused open-world titles, Rage 2 actually makes upgrading your Ranger feel rewarding and empowering. The sight of yet another skill tree usually makes me glaze over at this point, but I was getting quite into upgrading my weapons, abilities, and bonus powers. It helps that the game always keeps a steady flow of upgrade points and materials coming your way.

As mentioned, Rage 2’s core story is fairly lightweight. If you’re efficient, you can reach the credits in around 10 hours, but that’s kind of missing the point. Rage 2 isn’t about the story, it’s about mashing mutants and feeling like a badass. The game’s easy-to-navigate world and low stakes make for an oddly relaxing experience, and those who just want to blow off some steam will find dozens of hours of replayable side content here. I have a feeling Rage 2 may end up being a gore-soaked stress ball of sorts for a lot of players.

This review was based on a copy of Rage 2 provided by publisher Bethesda. 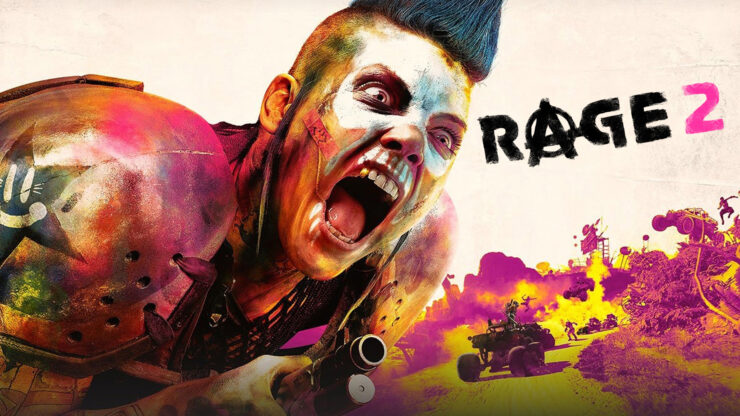 QuakeCon 2022 Schedule is Released, and Starfield is Nowhere on It