NVIDIA designed the GeForce RTX 3090 not just for any gamer but the professional creator who also wants to have the best graphics performance at hand to power the next-generation of AAA gaming titles with superb visuals and insane fluidity. It's not just the FPS that matters these days, its visuals, and a smoother frame rate too and this is exactly what the GeForce RTX 30 series is made to excel at. There's a lot to talk about regarding NVIDIA's flagship Ampere gaming graphics cards so let's start off with the specifications.

For the GeForce RTX 3090, NVIDIA has enabled a total of 72 SM units on its flagship which results in a total of 10,496 CUDA cores. In addition to the CUDA cores, NVIDIA's GeForce RTX 3080 also comes packed with next-generation RT (Ray-Tracing) cores, Tensor cores, and brand new SM or streaming multi-processor units. The GPU runs at a base clock speed of 1395 MHz and a boost clock speed of 1695 MHz. The card has a TDP of 350W. 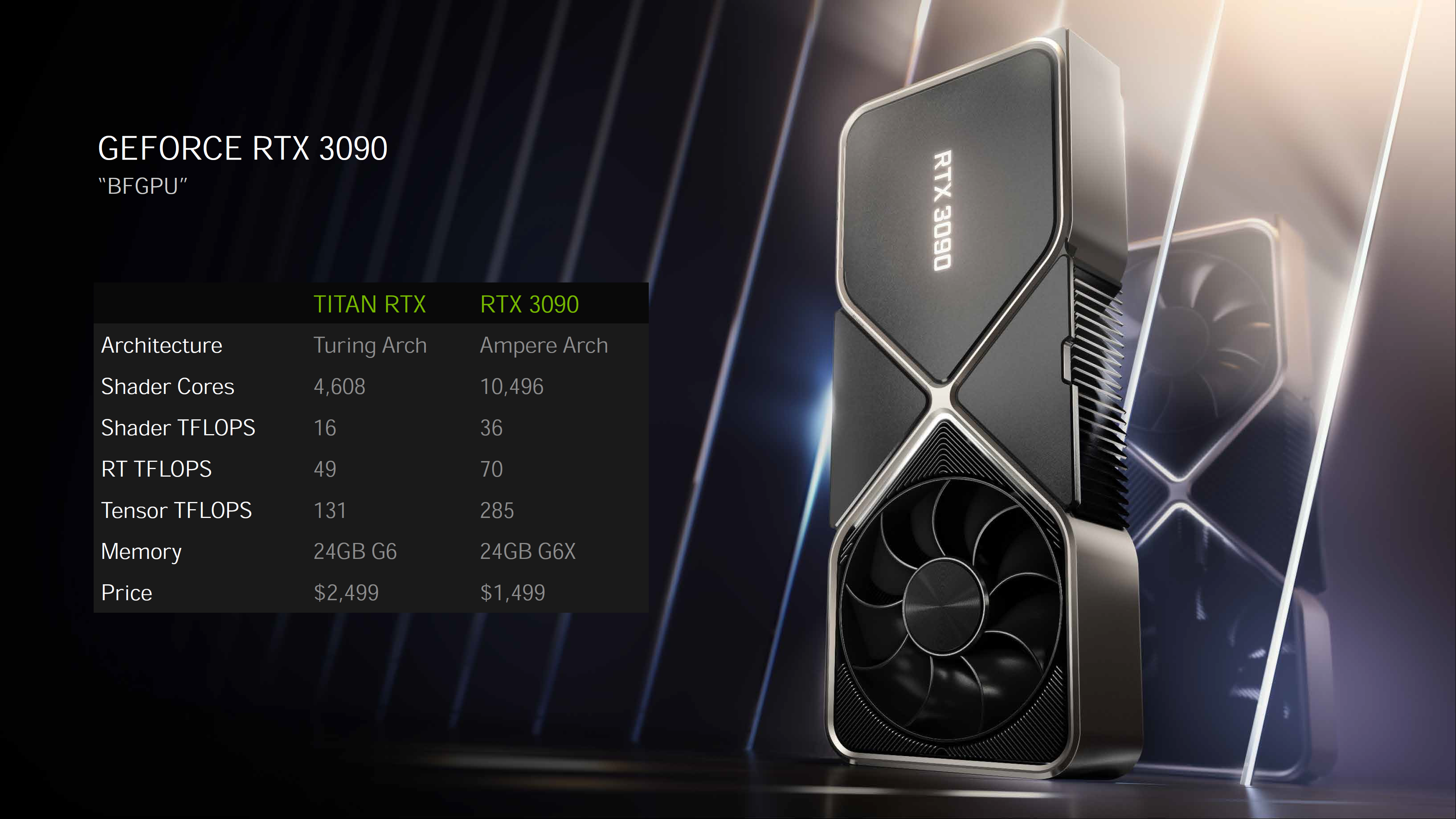 In terms of memory, the GeForce RTX 3090 comes packed with 240 GB of memory and that too the next-generation GDDR6X design. With Micron's latest and greatest graphics memory dies, the RTX 3090 can deliver GDDR6X memory speeds of 19.5 Gbps. That along with a bus interface of 384-bit will deliver a cumulative bandwidth of 936 Gbps.