Deckbuilding games come in all shapes and sizes, with a dozen different themes and settings and systems, but only a handful of them are centered on singleplayer. Nowhere Prophet takes an interesting setting and story, and tells it brilliantly through a complex card battler that has players constantly deciding what to sacrifice to succeed.

The basic premise is that in some strange post-apocalyptic world, you are being guided by a fallen satellite to some sort of vault of knowledge that was left behind by the civilisation before you. As you begin your journey a group of Mad Max-esque locals join your pilgrimage as you make your way across the dangerous and fascinating world.

Journeying across the landscape is a lot like FTL and other roguelike games where you chart a course across a map by moving waypoint to waypoint. As you travel you’ll encounter random events, enemies and campsites, all illustrated with lovely still artwork of the alien world. These moments are when you get to glimpses into the world, with hints of the history and the people that live inside. One moment that really highlighted for me is when I came across a settlement and explored it only to realise it was built upon an old prison. Suddenly the picture of the town made more sense, with iconic prison towers looming of the ramshackle city.

Decisions are also made in a very similar fashion to FTL. Text blocks describe the situation in lovely and engrossing text, before giving you a variety of options, most of which seem to have multiple outcomes, good and bad. When you’re looking after yourself and your loyal pilgrims, making some of these decisions can be challenging, trying to way to the potential gain of the possible loss.

Which is exactly how the card playing combat works as well. When you run into a bandit or irritate a local ruthless baron you’ll be thrown into combat. There's a lot to get your head around in combat, with two decks to manage, a battlefield to play them, and dozens of special abilities to utilise. Thankfully the game does a fantastic job explaining everything you need to know when you need to know it. Naturally, some enemies will use a card you’ve never seen before, especially when you get further on your journey, but half the fun of card games is frantically looking through your cards to find a counter a strategy you hadn’t seen before. Even when a battle is going your way through, you’ll find yourself tactically going through countless plans. The action point system also sees small scale skirmishes slowly ratchet up into huge battles that see each side playing their most powerful cards.

The card battles are hard though, and having a convoy card take damage too many times will remove them from your deck entirely. This often forces you to make difficult choices, such as risking a valuable card (and the pilgrim it represents) to beat an enemy. Some battles had me questioning the longterm cost of losing a powerful card, but I was always eager to get into another fight. There are opportunities to heal your cards but they are normally infrequent and expensive. It's safe to say you probably won’t make it very far on your pilgrimage the first time. And each time you begin again you’ll find new obstacles, paths, and allies on the road.

Like all roguelikes, some runs are just doomed to fail from the start, but for the most part your losses will come from challenging battles rather than poor resource rolls. Still, there are a lot of resources to think about in Nowhere Prophet while they’re not quite as important as they might first appear. You’ll need to keep hope alive in your convoy to keep going, and food to keep alive. Batteries are a type of currency in this world, and you’ll get useful additional motivational resources like altruistic that can be spent or lost in special events. All of this on top of a complex deckbuilding game might sound a little overwhelming, but you’ll rarely have to worry about them if I'm being honest. The game is generous with food and hope can be easily replenished. Several of my runs didn’t involve me looking at them once.

Not seeing things can sometimes be a problem in Nowhere Prophet. While the card battles are fun, intuitive and instructional, the actual UI leaves a little something to be desired. The game will walk you through the various menus and windows, but despite that nothing feels like it was put in the right place. I found myself constantly forgetting where the equipment screen was, even making mental notes to remember each time. Of course this is only a small detail, compared to a game that is a fantastic single player deckbuilder. If you’re a fan of pouring over decks of cards to create the most indestructible army possible, but have no one to use it against, I would highly recommend you look at Nowhere Prophet.

Reviewed on PC (code provided by the publisher). You can get the game on Steam. 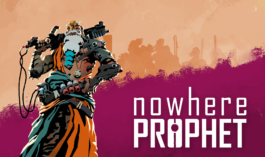 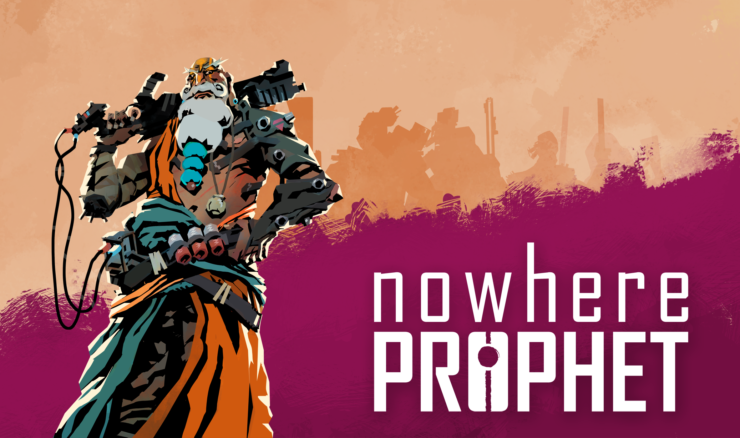 Nowhere Prophet is a single player, deckbuilding roguelike that manages to balance each of its systems to create interesting, engaging and unique stories. While it isn't without faults, its complexity and intrigue make it something you'll keep coming back to.