MyDigitalSSD is a small outfit operating out of upstate New York that aims to compete with the top brands at fair prices. They've been around since 2007 and have done quite the job considering their relative size. Their stated goal as a company is to stand out for reliable service by giving a very high-quality product that will last and remain reliable while still trying to give the best performance to value possible.

After our recent review of the Patriot Burst 480GB, we have recently aimed at looking at larger capacity SATA drives, and this is our second one in the list. This drive features Toshiba TLC NAND and the same Phison S11 controller featured in the other drive, as its a real go-to for lower-priced drives. All future drives will feature overprovisioning, though marketing only had older unprovisioned drives in stock.

While as before I mentioned this is a part of many reviews to come in the high capacity storage range and most of my focus will be on these being secondary drives for games and other tasks, this drive still should be considered for a primary OS Drive for your desktop or a laptop.

The drive is currently available on Mydigitaldiscount (MydigitalSSDs own storefront) for $95 which is just under 20 cents a gigabyte and we can see how far the prices have gone, since last summer that was the price of a 256GB drive. the drives carry a 3-year warranty and a 2 million hour MTBF, as well as a power consumption active of 1945mW, and an idle power consumption of 315mw. finally with a 5mW in DEVSLP which is quite impressive. This again is a far cry from what some of the m.2 drives get but again, this is still much better than hard drives.

The MyDigitalSSD SuperBoot2 comes in a very similar packaging to what we looked at earlier this week with the Patriot Burst, a thin printed cardboard box with all the basic product information being noted on the box, and a clamshell plastic case inside to hold the SSD.

On the front, we see a hero shot of the SSD as well as their twitter page and website address and its stated 560MB/s maximum read and 500MB/s maximum writes.

Looking at the back of the box we see like most other drives its a 7mm SSD being able to fit into just about any laptop as well as being SATA 3 and a 2.5" form factor. We see MyDigitalSSD listing all of the features and even explaining that it uses a Phison controller, I wish drives were more upfront about the hardware they use in them as they are.

Here are whats listed there.

This drive uses a similar enclosure to what other manufacturers use now, with a plastic enclosure as opposed to the metal I've come accustomed to with older drives.

And finally, here we can see the SATA power and data connectors in all their glory.

For those with eagle eyes you may have spotted the number of hours used on it, and well I've had it connected to my desktop for quite a while. looking here we can see that TRIM and all the other features are enabled.

Here we see for the small files and the short term the Patriot drive takes the lead, though as files get larger the drive from MyDigitalSSD takes the lead and keeps it very close, so the Patriot drive lives up to its name and is faster here in bursts, and the benchmark shows that with something like game files you're probably better off with the offering from MyDigitalSSD

Here we see the SuperBoost2 taking a marginal lead, though with storage don't expect huge performance gains from one drive to another. With 4K Data creating the divide with a 12% lead going to the SuperBoost2 and sub 5% gains across the board mostly.

In the worst case scenario here we see the SuperBoost2 Take a solid advantage in the 4k 64 thread workload, while the single threaded workload the Patriot drive took the lead. and a similar story through the write IOPS in the 512 bit was strongly in favor of the SuperBoot2.

The MyDigitalSSD SuperBoost 2 is currently priced at $94.99 on their website, and while not as cheap as the Patriot drive we put against it, is still definitely a bargain. Pricing for storage hasn't been this good in a very long time and I would recommend for our readers to take a serious look at the storage landscape now. For the purposes of a gaming drive, I think the SuperBoost2 will do a great job at its given price point and should give users a fantastic experience in open world games or even as a primary boot drive. Its read and write performance is very solid and many users who want a good value for solid performance won't be missing out on much with this drive.

Finally, we would appreciate any feedback on our testing methodology and what you would like to see added or changed. With these being SATA drives I would like to know what our users' real world scenarios would be like and any benchmarks they would like tested. As always I'll be reading the comment section for feedback...and those dank memes. 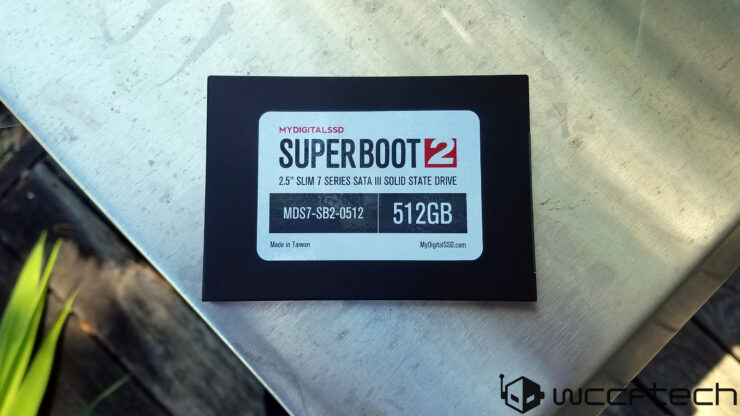