I compiled the power consumption results by testing each card under idle and full stress when the card was running games. Each graphics card manufacturer sets a default TDP for the card which can vary from vendor to vendor depending on the extra clocks or board features they plugin on their custom cards. Default TDP for the Radeon RX 5700 XT EVOKE OC is 225W, same as the stock variant.

AMD Radeon RX 5700 series is based on TSMC's 7nm process node. The 7nm process is a major upgrade over the 14nm FinFET node, delivering better efficiency and a much smaller chip footprint. 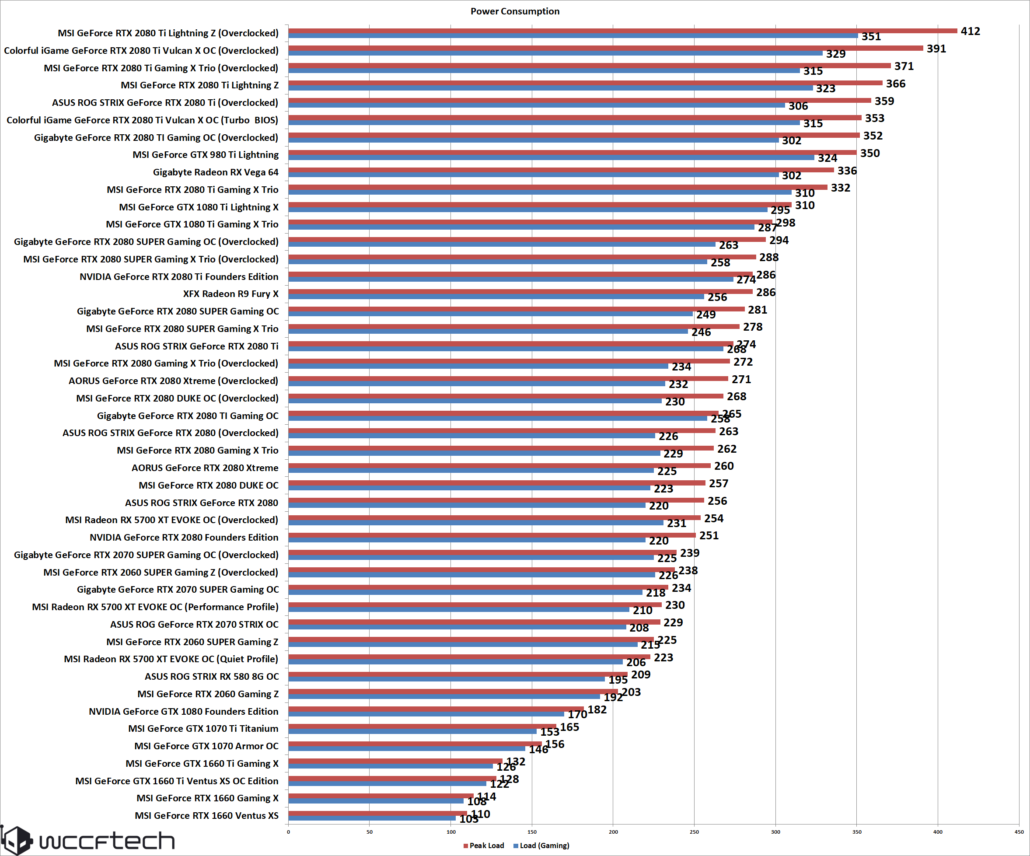