MSI has given the Radeon RX 5700 series its own exclusive lineup known as EVOKE. The flagship of the lineup is the MSI Radeon RX 5700 XT EVOKE OC which we have set up on our testbed. The card boasts an elegant and simplistic design which would look great with all modern-day PCs. The card also comes with some really unique features such as a massive factory overclock, better cooling & once again, the simply stunning design.

In addition to the custom design, the Radeon RX 5700 XT EVOKE OC comes with a non-reference PCB that is slightly different than the reference design, featuring a 7 phase design that features higher quality components than the reference variant which is already a really good design by itself. In terms of clock speeds, the graphics card features the same base frequency of 1690  MHz and a maximum boost clock of 1835 MHz.

With the differences out of the way, now let's talk about the similarities and the main highlights of the EVOKE cards. The EVOKE lineup is designed to be simple yet elegant, offering a stunning design that goes well with all PCs. With this design, MSI retains a shorter footprint with their custom PCB design and offers the same high-end TORX 3.0 fans and aluminum finned heatsink that we should expect from a premium graphics card. 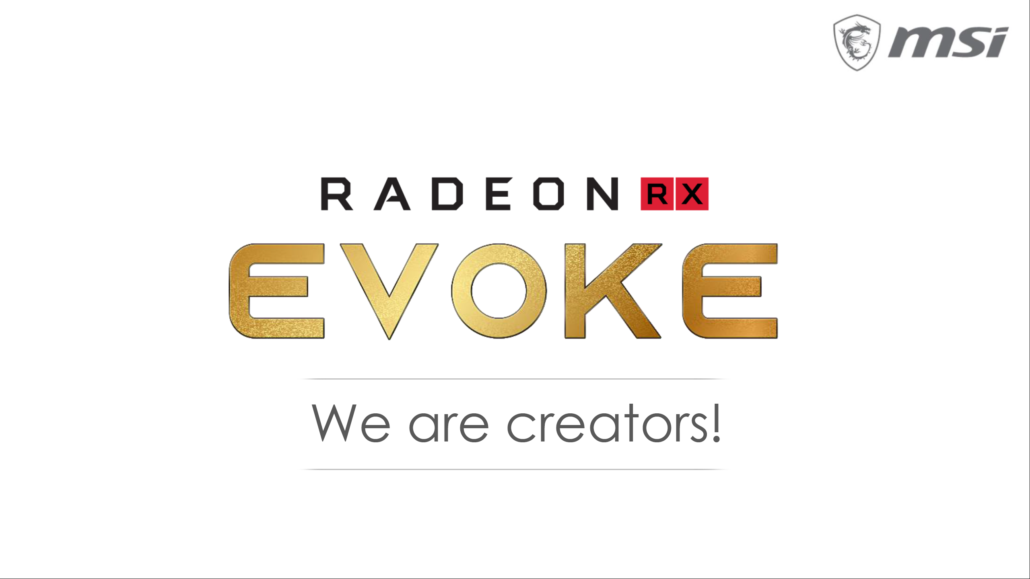 The minimilastic design of EVOKE results in a premium graphics card that focuses on the essentials. Great cooling and top-notch performance. - MSI

MSI has incorporated and refined a couple of things in the new EVOKE series graphics cards. First is the TORX fan 3.0 which uses both traditional and dispersion fan blades to accelerate airflow and push it down in a steady stream. These fans are made up of a extended life bearing design which ensures silent functionality in heavy loads. 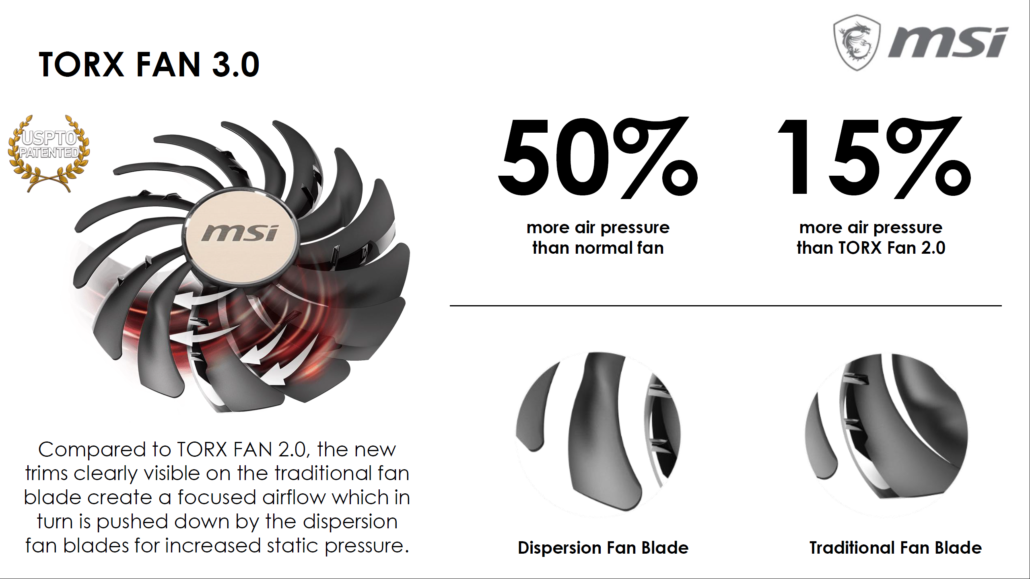 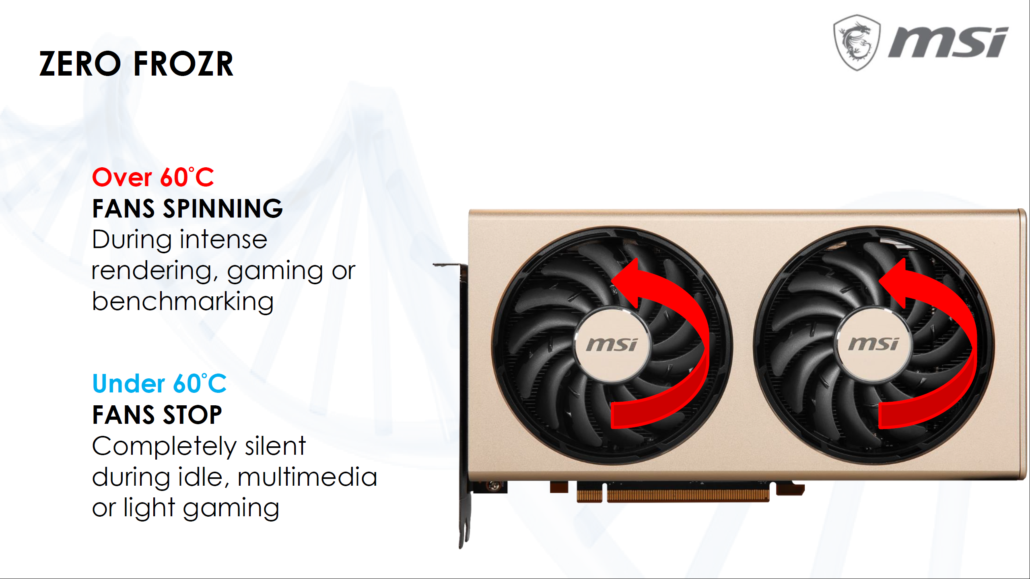 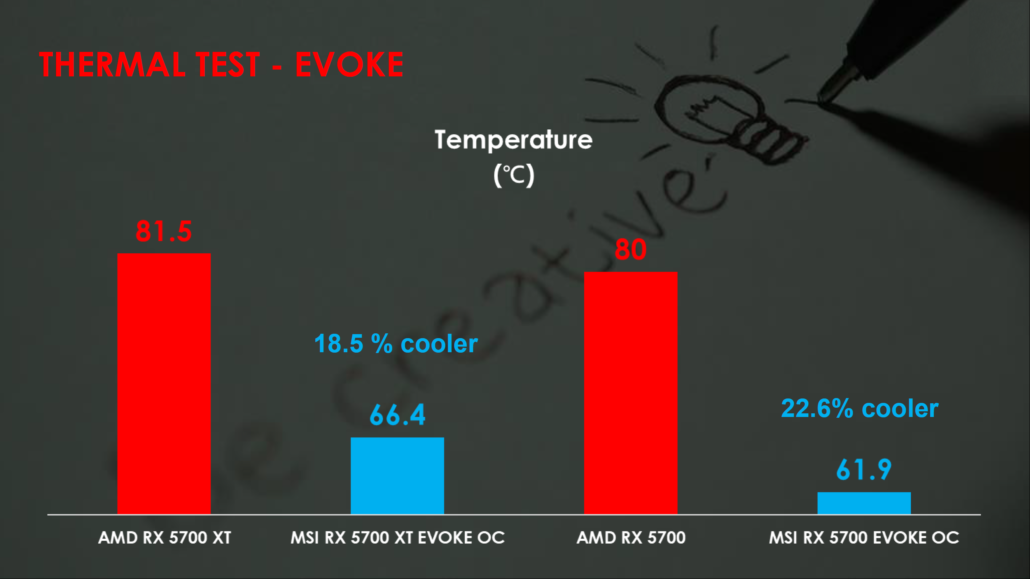 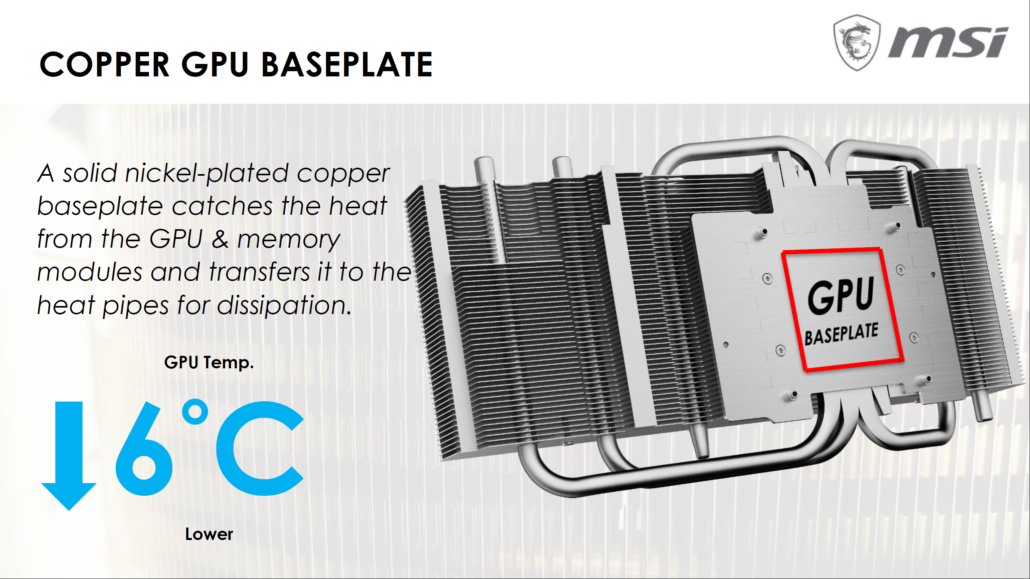 On the back of the EVOKE graphics card is a champagne-colored backplate with a matte finish which provides a nice visual finish to the card. It also strengthens the card and thanks to some cleverly placed thermal pads even help to keep temperatures low. 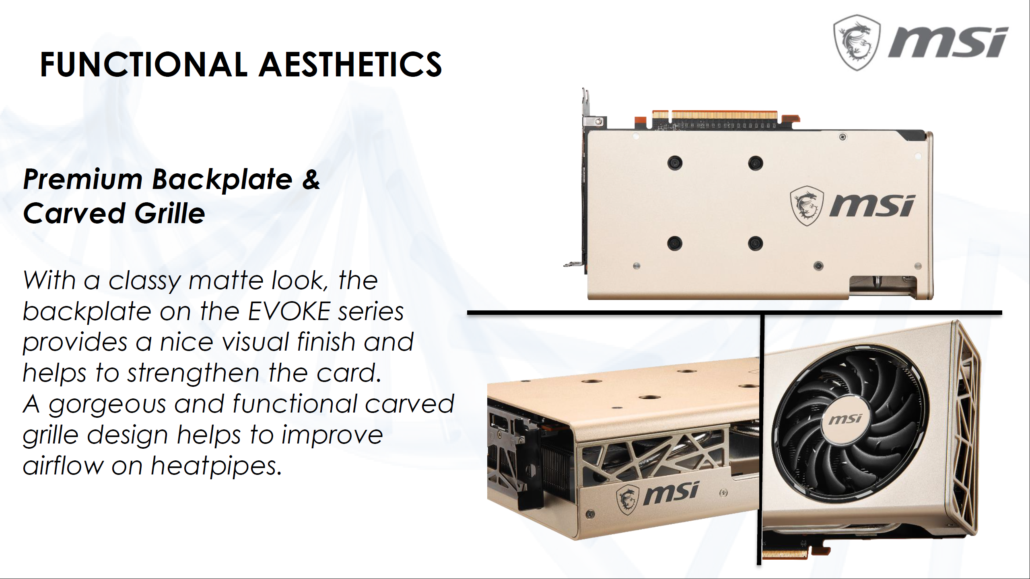 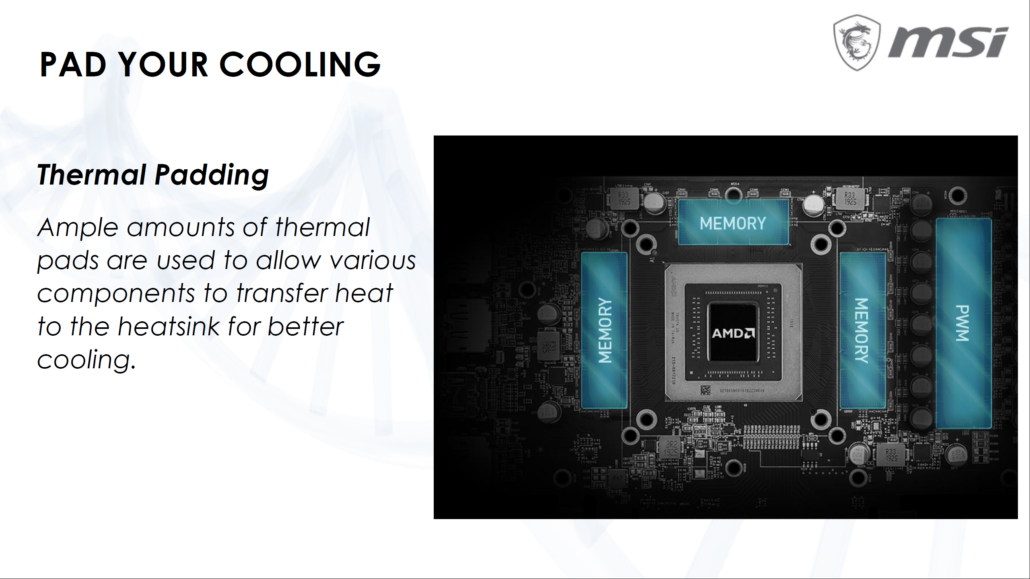 MSI has bundled its exclusive software such as Dragon Center that now comes with a creator mode. The creator mode is specifically tuned for EVOKE series graphics cards, offering peak performance and greater stability in multiple productivity workloads.