No graphics card review is complete without evaluating its temperatures and thermal load. The MSI Radeon RX 5700 Gaming X series is fitted with the most advanced version of the MSI TORX 3.0 fans. The cooler features a massive heatsink with multiple heat pipes which extend beyond the fin-based aluminum block that lead towards the incredibly dense heatsink block.

The patented Torx fan 3.0 design and Zero Frozr technology featured on this card make sure that it delivers the best cooling performance and best acoustics while operating. 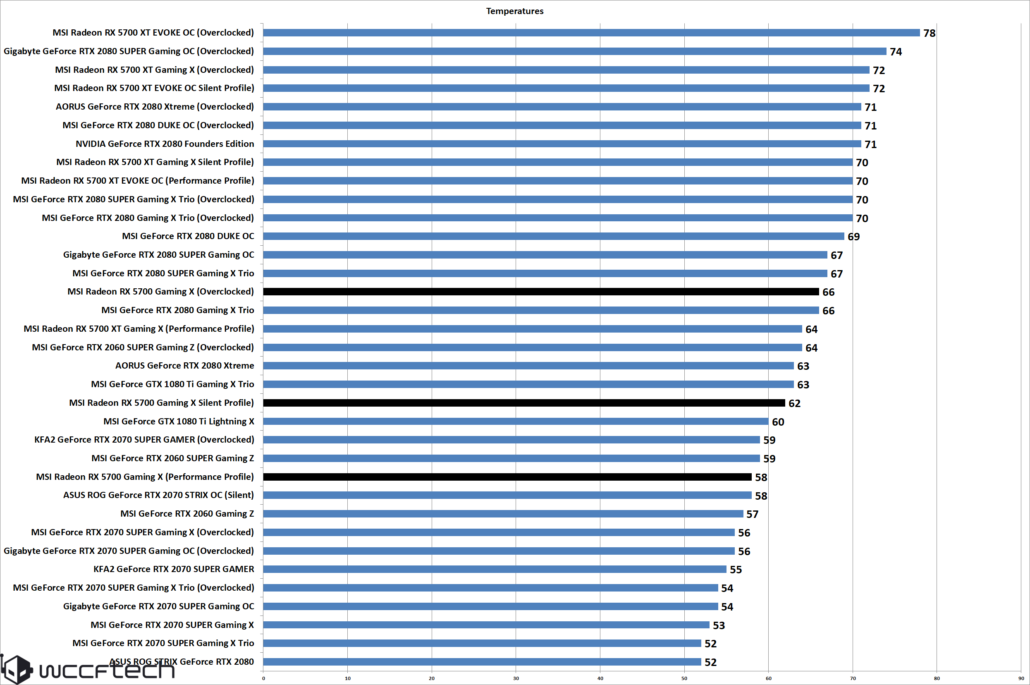 Note – We tested load with Kombuster which is known as a ‘power virus’ and can permanently damage the hardware. Use such software at your own risk!