MSI's GeForce RTX 2080 Ti Lightning Z is one of the biggest graphics Turing based graphics card I am testing. It's mighty in size and weight compared to the Gaming X Trio with a weight of 1852 G and dimensions of 328 x 143 x 63. The card is a triple slot behemoth and requires a lot of space. 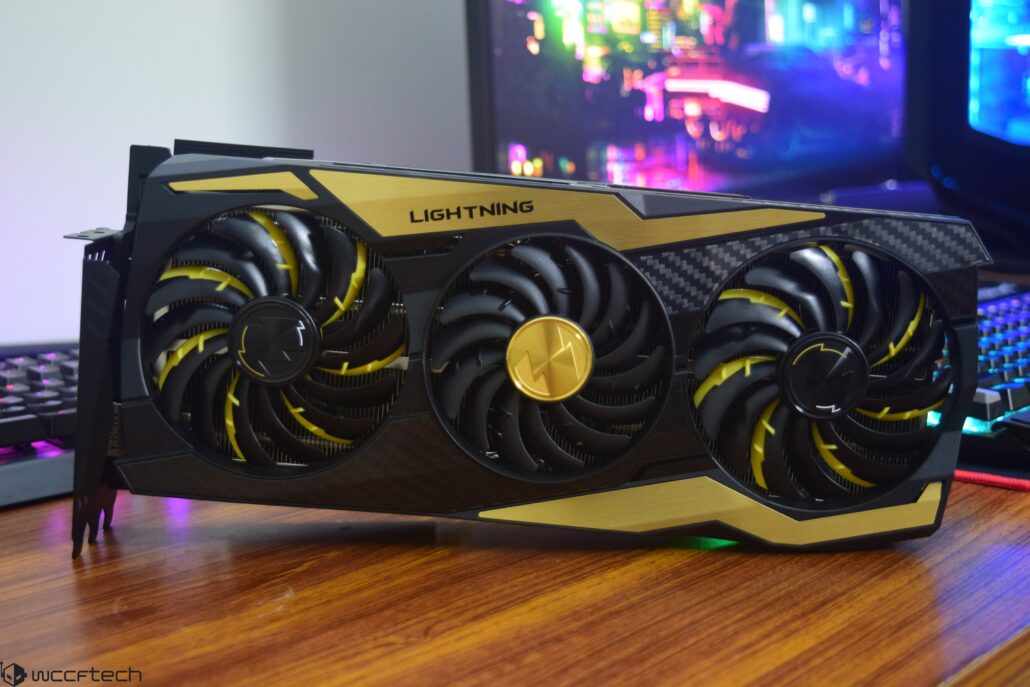 You would have to keep in mind the height when going for a triple card solution as your case or motherboard PCIe slot combination may not allow such setup. The cooling shroud extends all the way to the back of the PCB and it requires a casing with good interior space for proper installation. 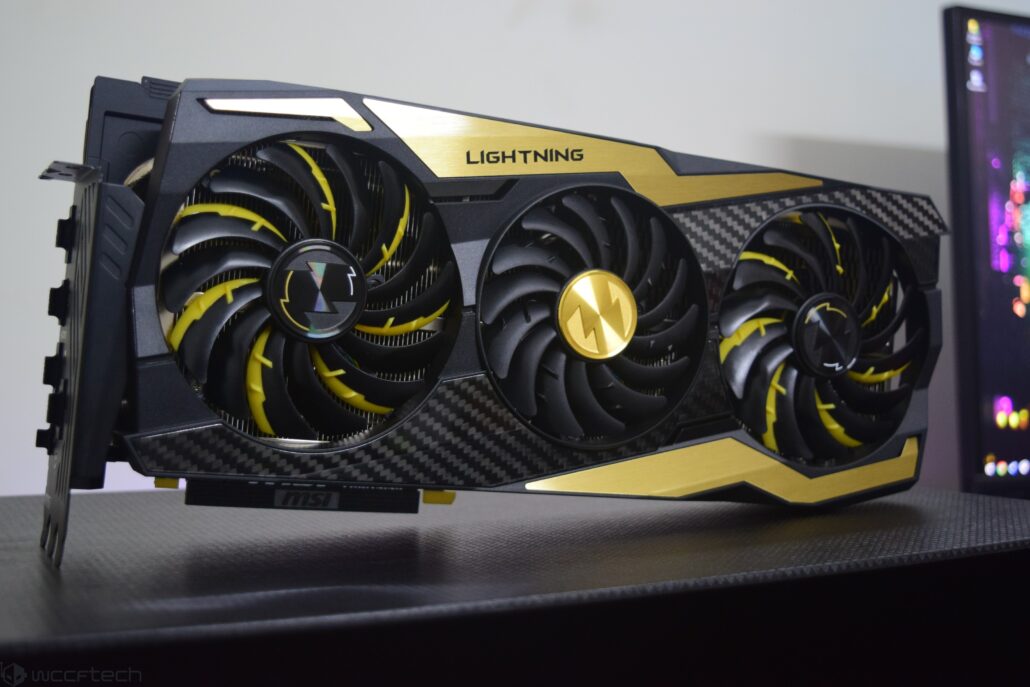 The back of the card features a solid backplate which looks stunning and offers a premium look. There's a lot of nifty features about this backplate including the full carbon fiber design which I'll explain in a bit. 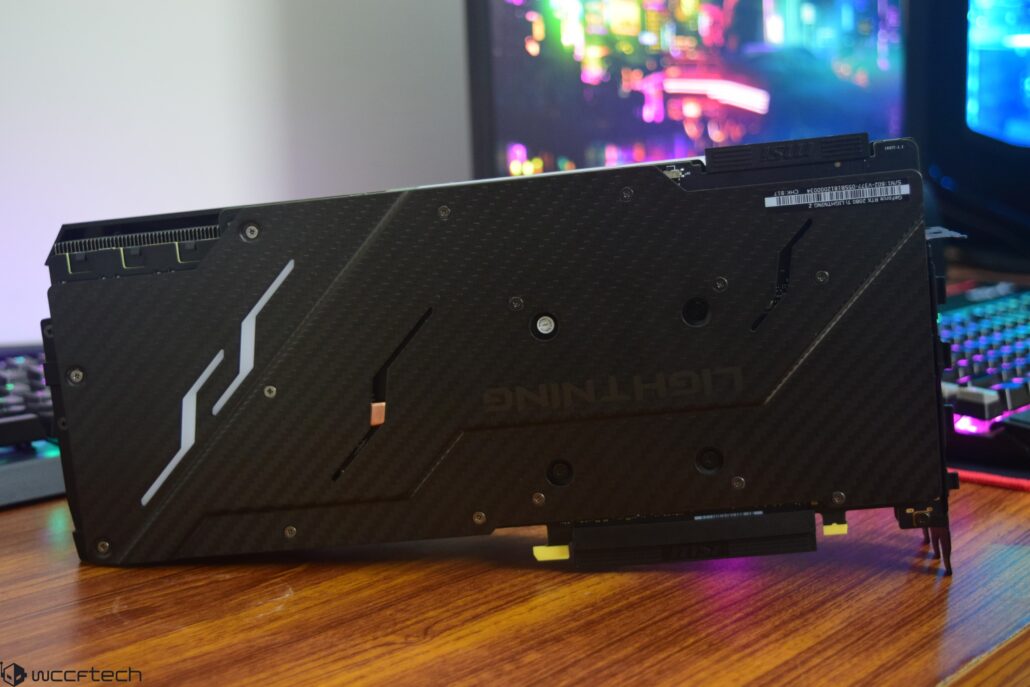 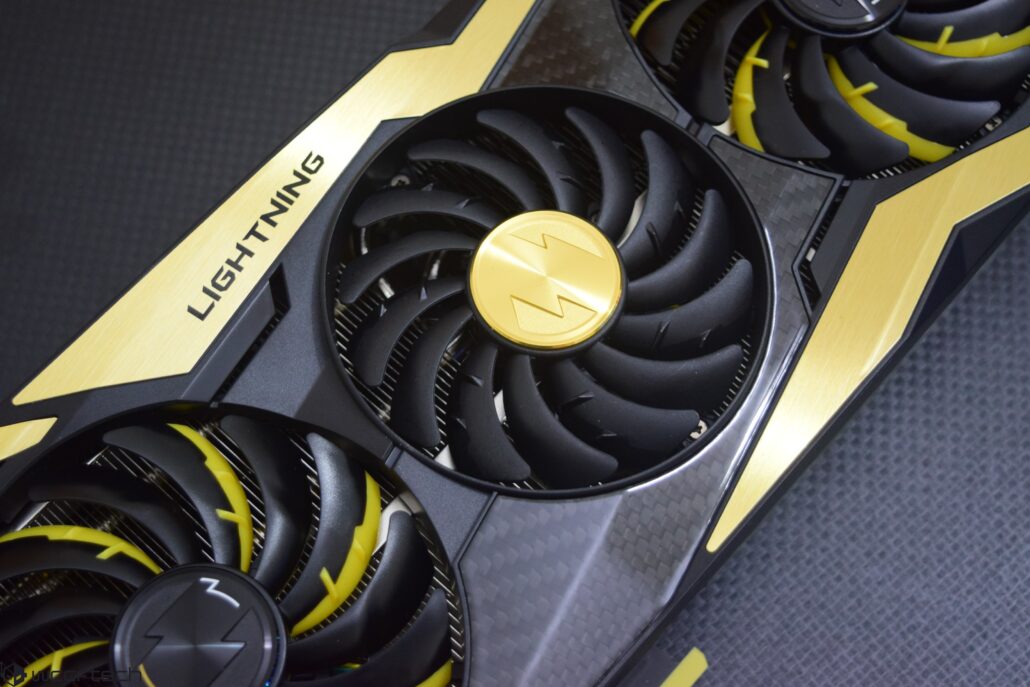 Compared to all previous designs, the MSI RTX 2080 Ti Lightning Z is the greatest one with the main changes being the updated shroud and triple slot heatsink design that features an aggressive design on the front, absorbing the gold and black accents with 90% carbon fiber body while having the RGB Lightning effects across the shroud. 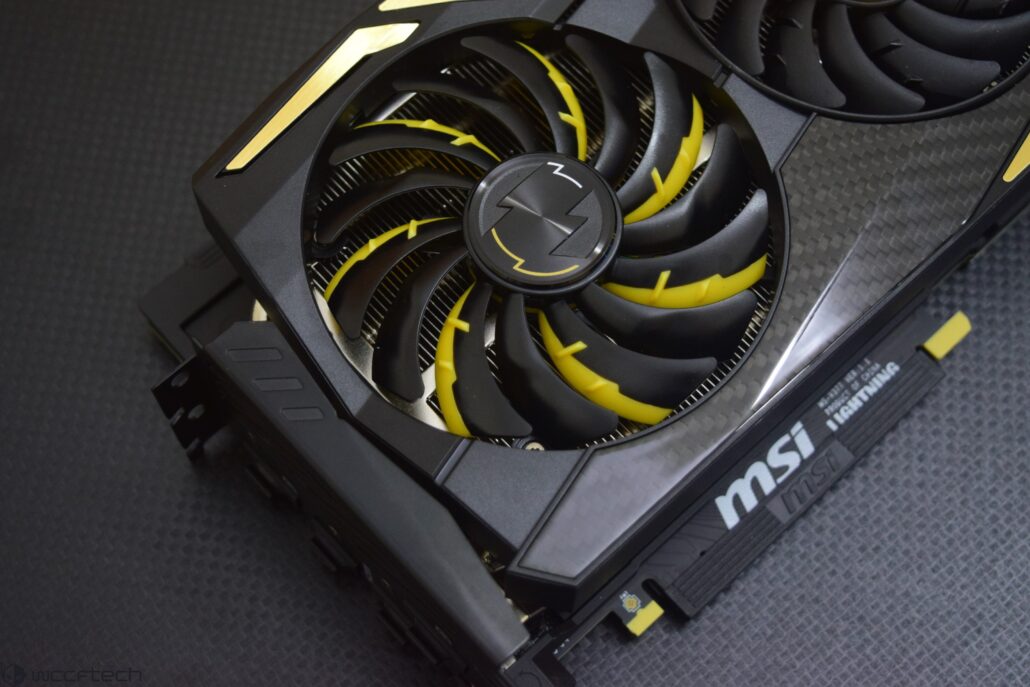 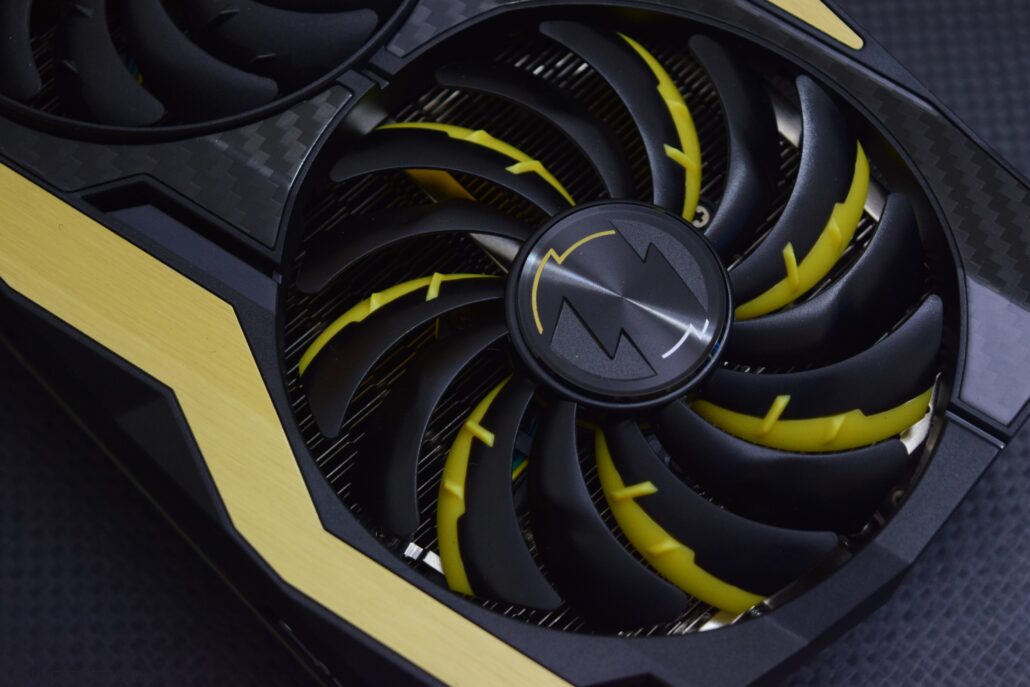 MSI also features their Zero Frozr technology on the Tri Frozr heatsink. This feature won’t spin the fans on the card unless they reach a certain threshold. In the case of the Tri Frozr heatsink, that limit is set to 60C. If the card is operating under 60C, the fans won’t spin which means no extra noise would be generated. One thing I noted is that while this feature is definitely available on the card, it isn't enabled by default and you have to switch to the LN2 BIOS mode to enable ZeroFrozr which is a bit confusing. 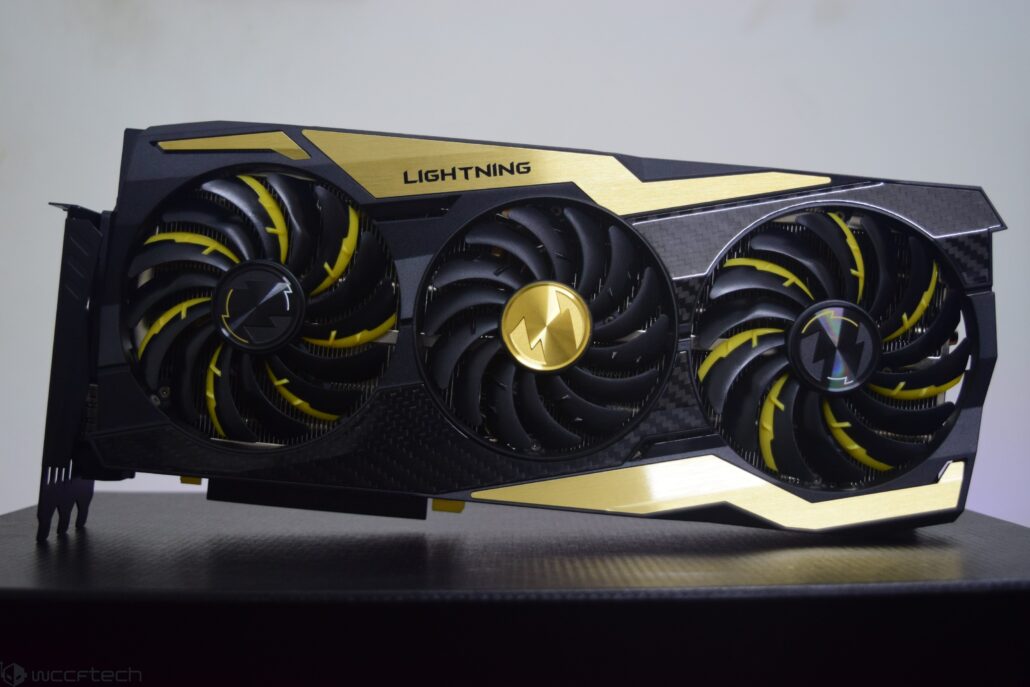 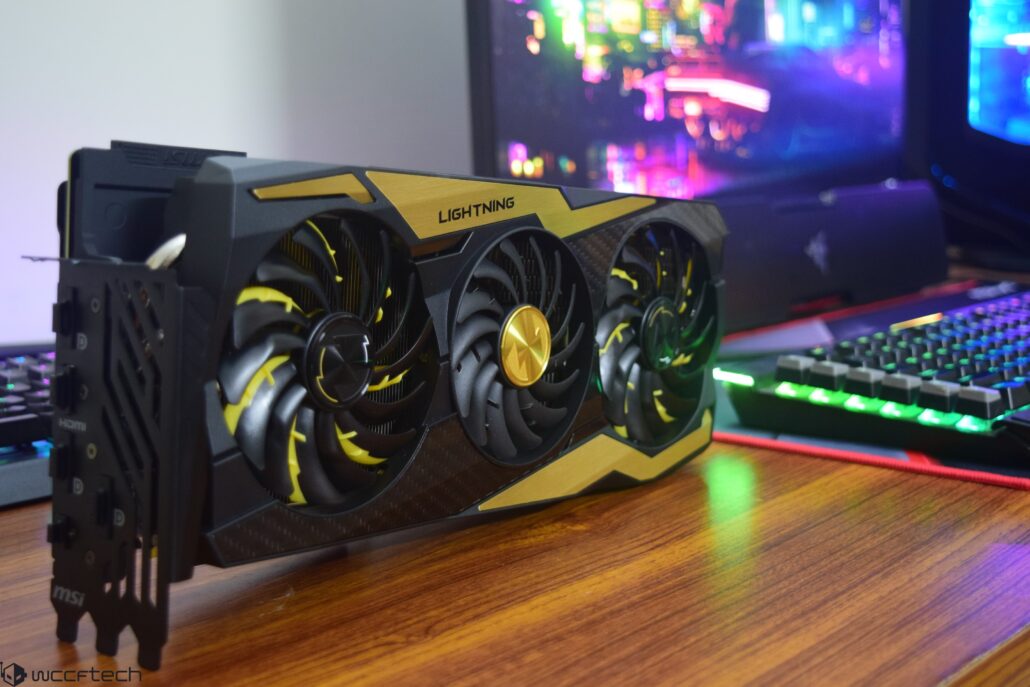 With the outsides of the card done, I will now start taking a glance at what's beneath the hood of these monster graphics card. The first thing to catch my eye is the huge fin stack that's part of the beefy heatsink which the cards utilize. 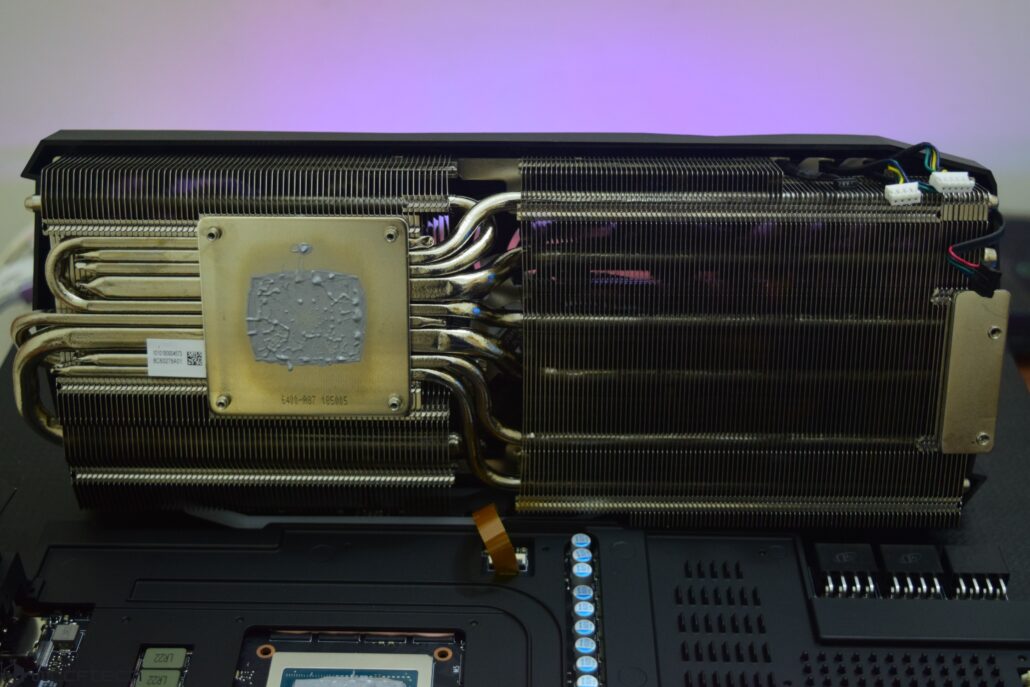 The heatsink has been designed to be denser by using a rugged edge fins design. It allows more air to pass through the fins smoothly, without causing any turbulence that would result in unwanted noise. Airflow Control Technology guides the airflow directly onto the heat pipes, while simultaneously creating more surface area for the air to absorb more heat before leaving the heatsink. 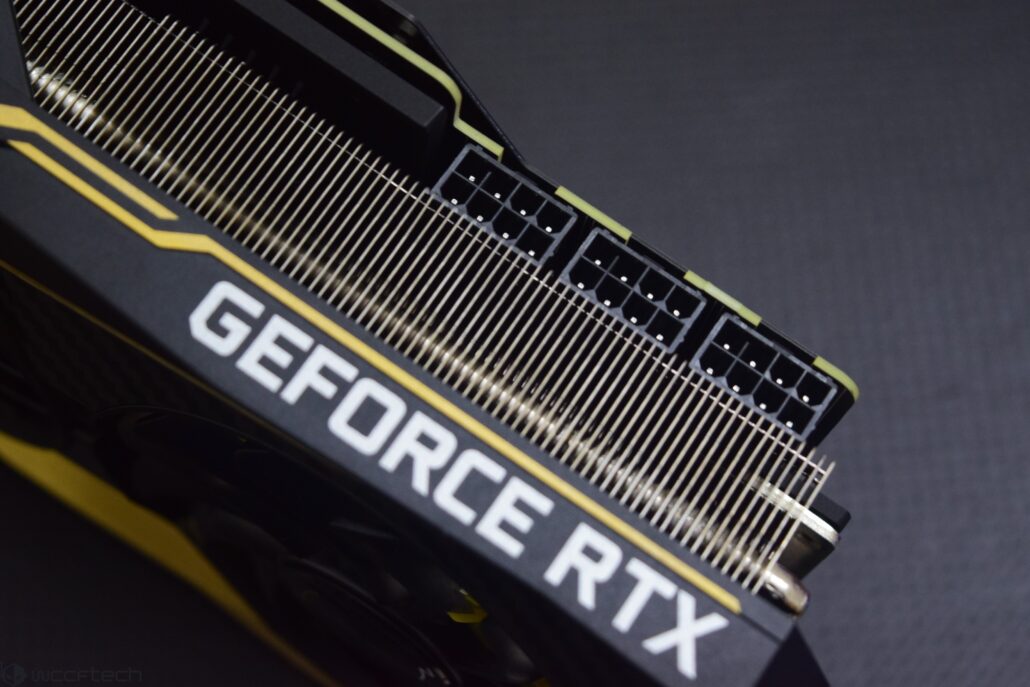 The MSI GeForce RTX 2080 Ti Lightning Z is ultimately designed for LN2 overclockers and as such, it features a very power hungry design. Being so, it uses a very power-intensive connector config which comprises three 8 pin connectors. The card is rated at a TDP of 300W officially by MSI. 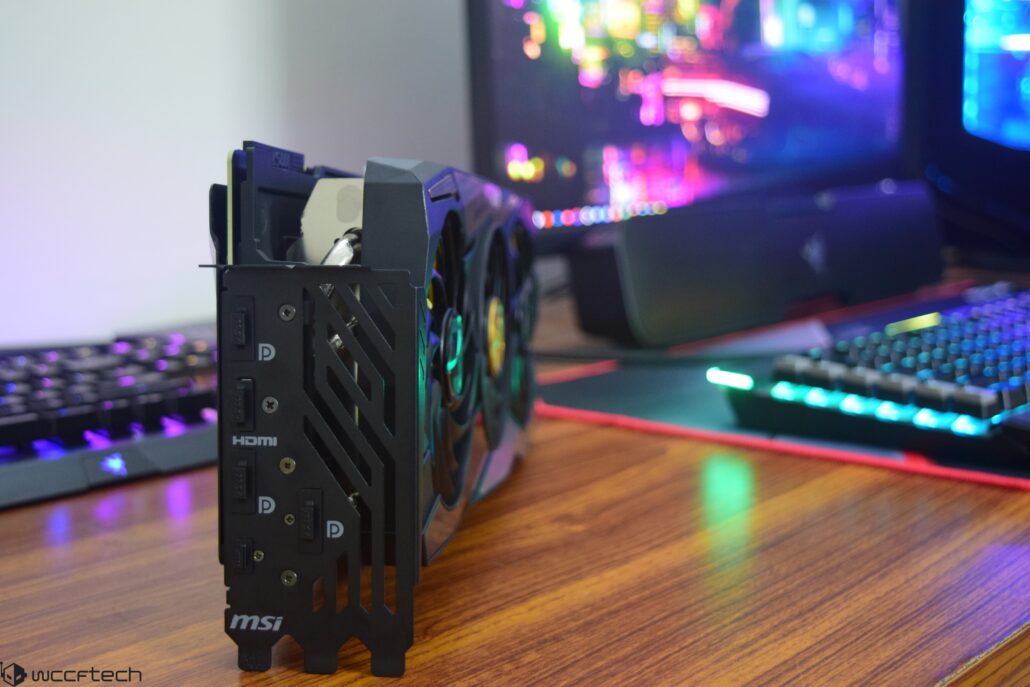 MSI makes use of a 19 phase PWM design that includes their Military Class components such as Hi-C Caps, Super Ferrite Chok, s and Japanese Solid Caps. The card also uses the K4Z80325BC-HC14 GDDR6 memory from Samsung that operates at 14 Gbps along a 352-bit wide memory interface. 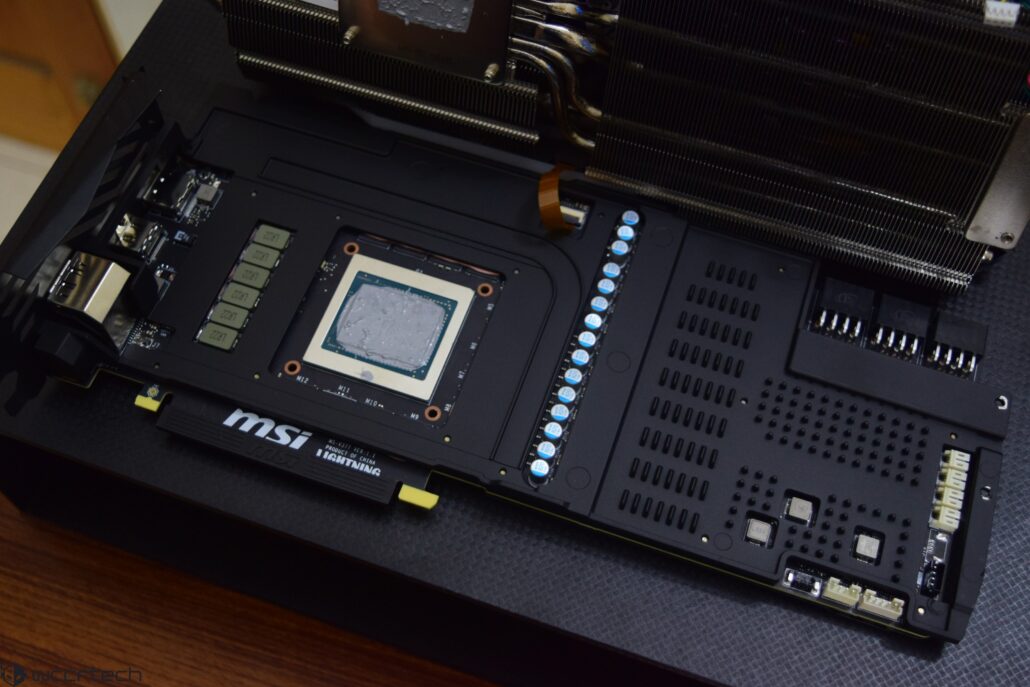 Following are a few close-up shots of the reference PCB which is being offered under the hood of the Lightning Z series graphics cards.

MSI RTX 20 Lightning series cards utilize their Mystic Light RGB technology to offer you a visually pleasing lighting experience on your graphics cards. There are a total of 17 different RGB effects which you can choose from and the cards have five RGB accent points, three on the front one on the back and one light bar surrounding the side of the card which looks really good. There's also the ability to set the speed and brightness at which the RGB LEDs operate. 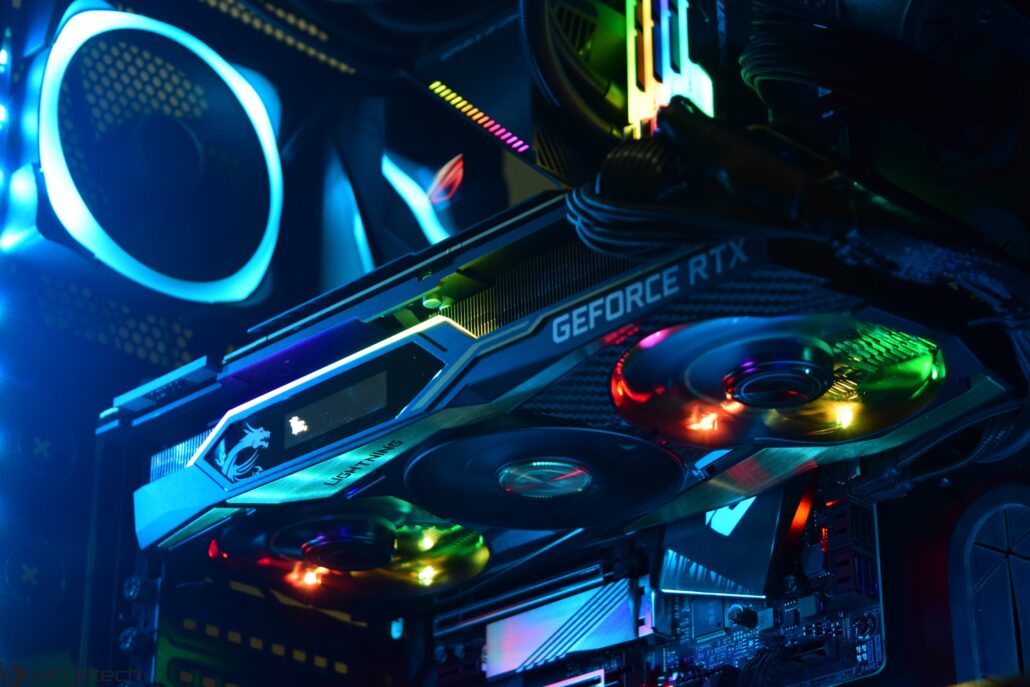 The card also comes with MSI's first OLED panel known as the Dynamic Dashboard. I am looking at this trend on the new GeForce RTX 20 series cards where manufacturers have started using OLED screens on their flagship custom cards to display real-time statistics such as GPU frequency, temp, voltages, memory clocks, GPU/VRAM utilization, etc. This is a really cool feature and something that does have many practical uses if you're not monitoring the statistics already through a 3rd party software such as MSI afterburner. 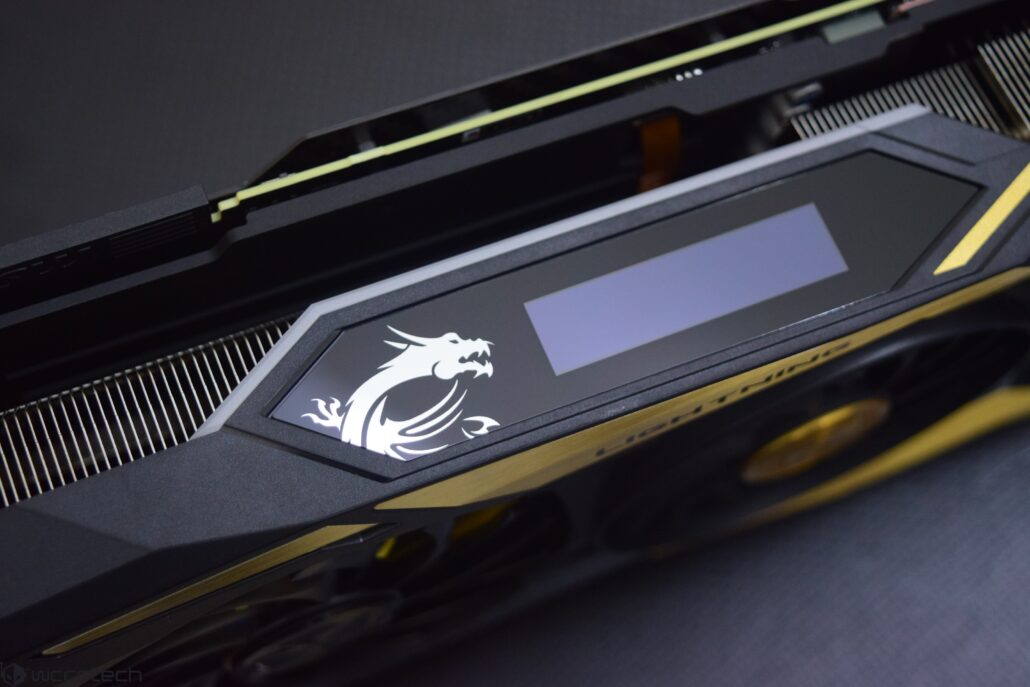