The MSI GeForce RTX 2080 Ti Lightning Z graphics card comes within a large rectangular package. The front of both packages has a large “GeForce RTX” brand logo along with the “MSI” logo on the top left corner. The picture of the card itself is featured on the front with a black background that looks really neat. 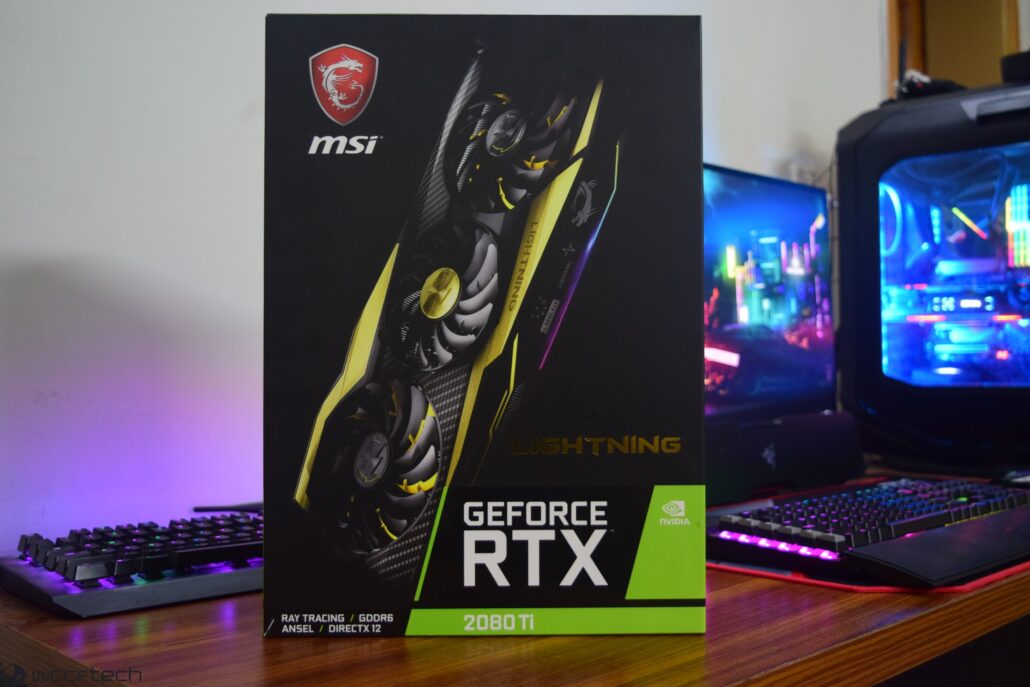 The back of the box is very typical, highlighting the main features and specifications of the cards. The three key aspects of MSI’s top tier custom cards are its blazing performance which is achieved by a fully custom design, the new Tri-Frozr cooling system and a rugged edge fins heatsink which will offer better cooling performance compared to the traditional flat surfaced fin heatsinks. 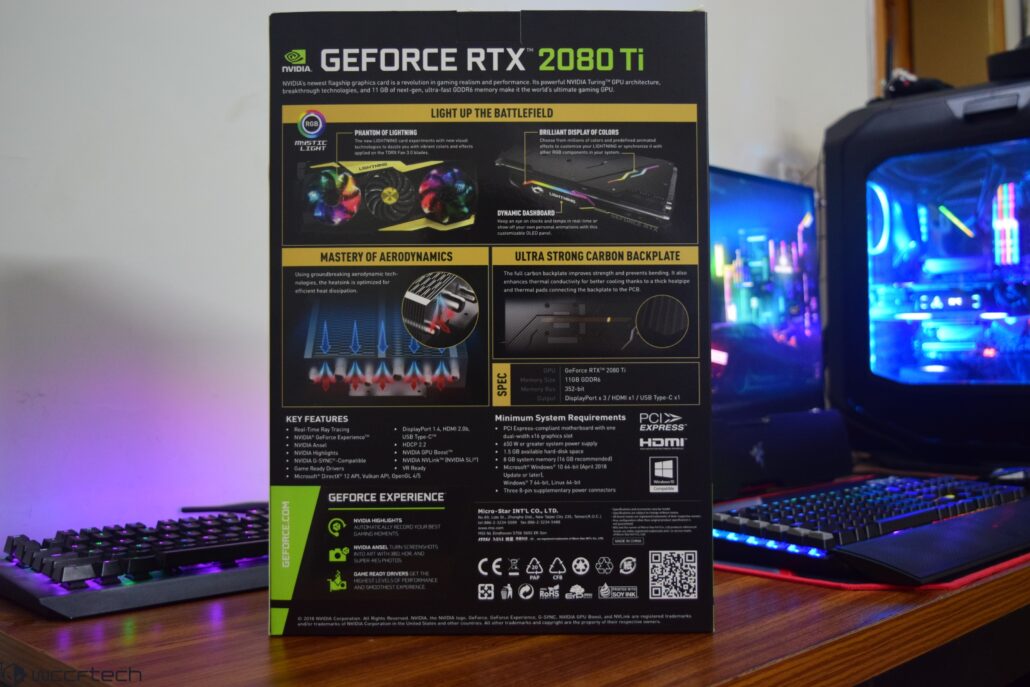 There's a second box within the main packaging that has a nice texture to it and a gold "Lightning" branding embedded in the middle. 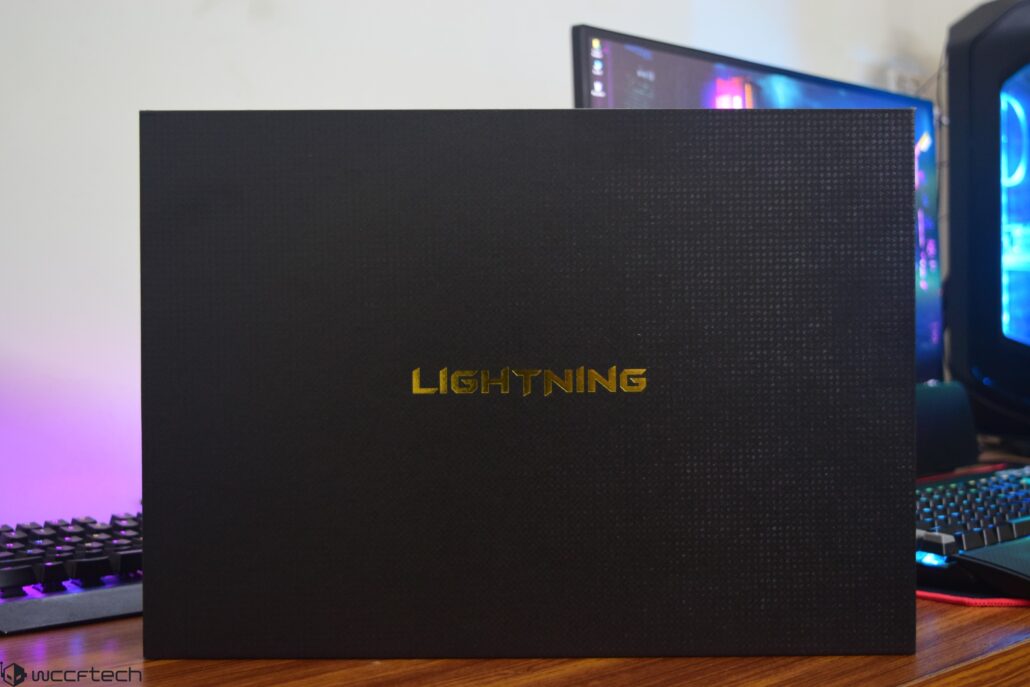 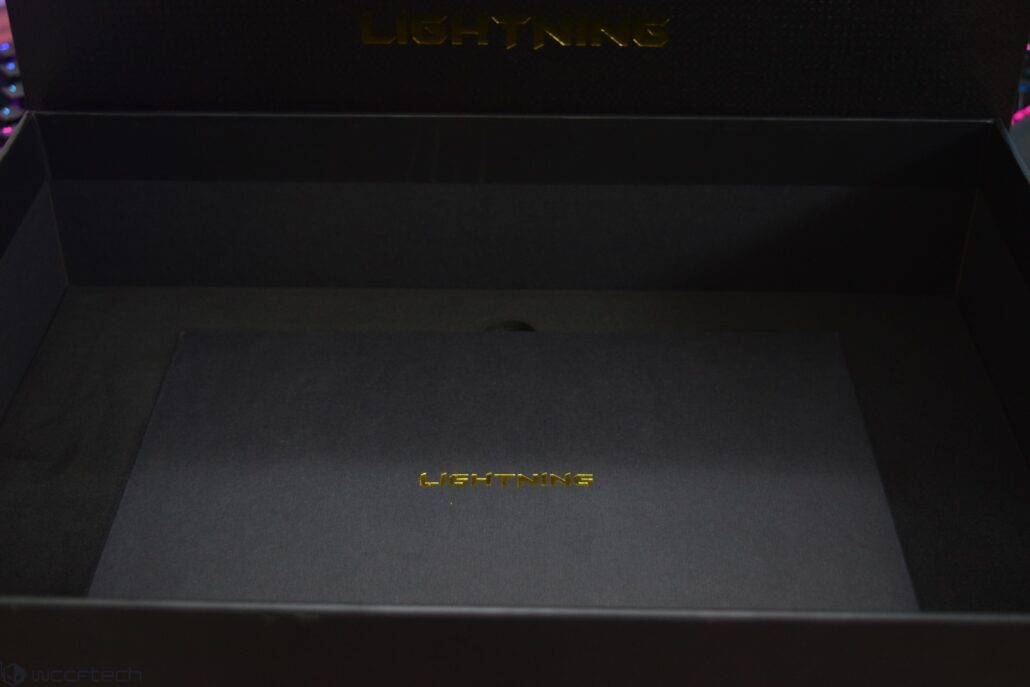 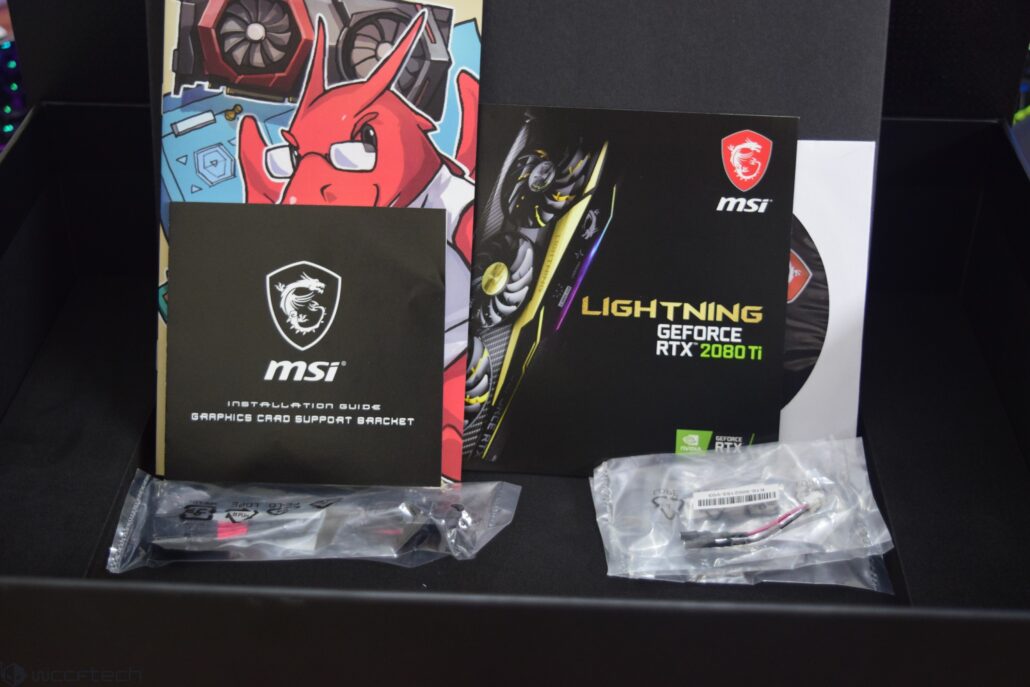 The most interesting accessory that I found in the package was a graphics card support bracket. This bracket connects the graphics card to the casing, offering better durability and prevents any sort of bending that may occur due to the heavy weight of the Gaming X Trio series graphics cards. 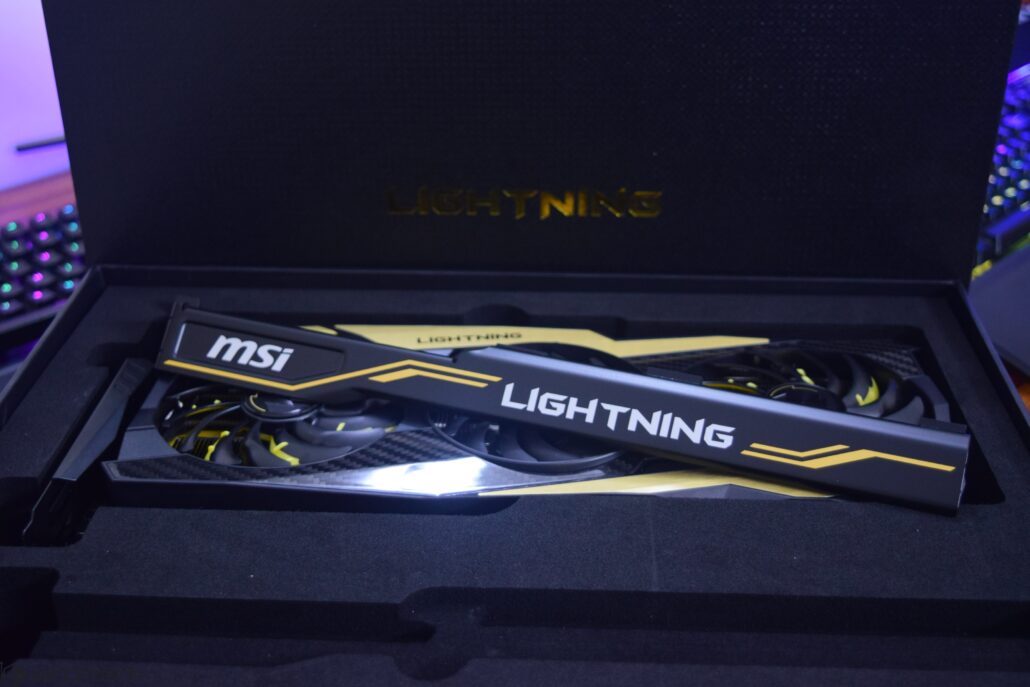 One thing is for sure, as soon as you look at the card itself, you are greeted with a design that is unlike anything that has been done before. This is really a special graphics card and I am excited about knowing that I will be testing it out. 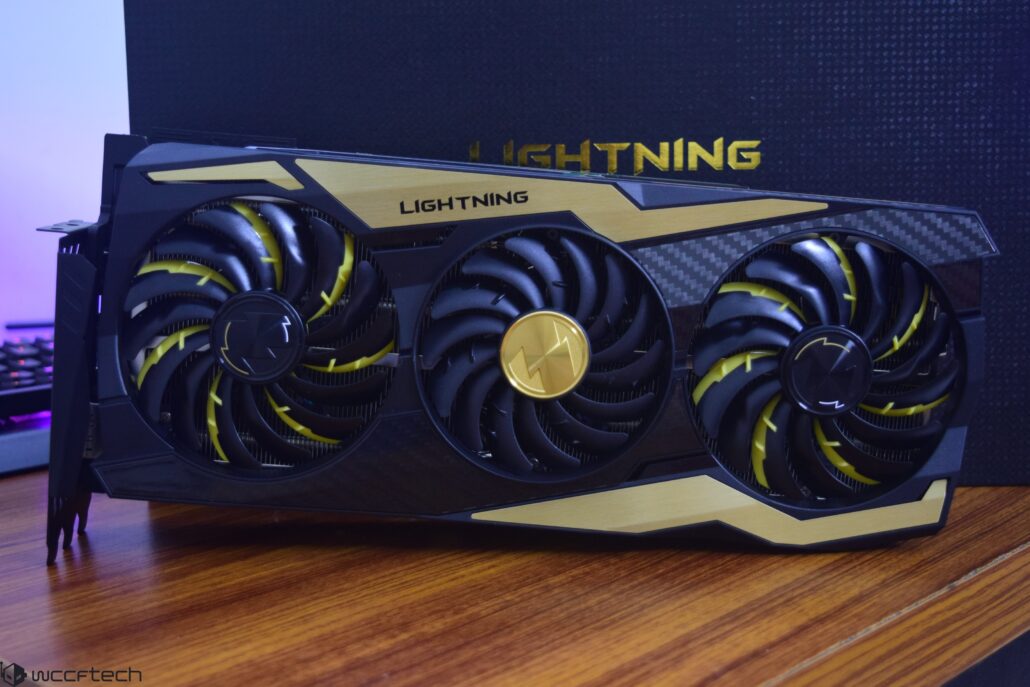