The MSI GeForce GTX 1080 Ti Lightning X comes in a large rectangular box. The box is very similar to NVIDIA's Founder Edition packages. The top cover is removed by sliding it in upwards direction and the card is held between the two boxes in foam. The front features very nice aesthetics along with a picture of a jet which illustrates the Thunder and Lightning theme of the card itself. 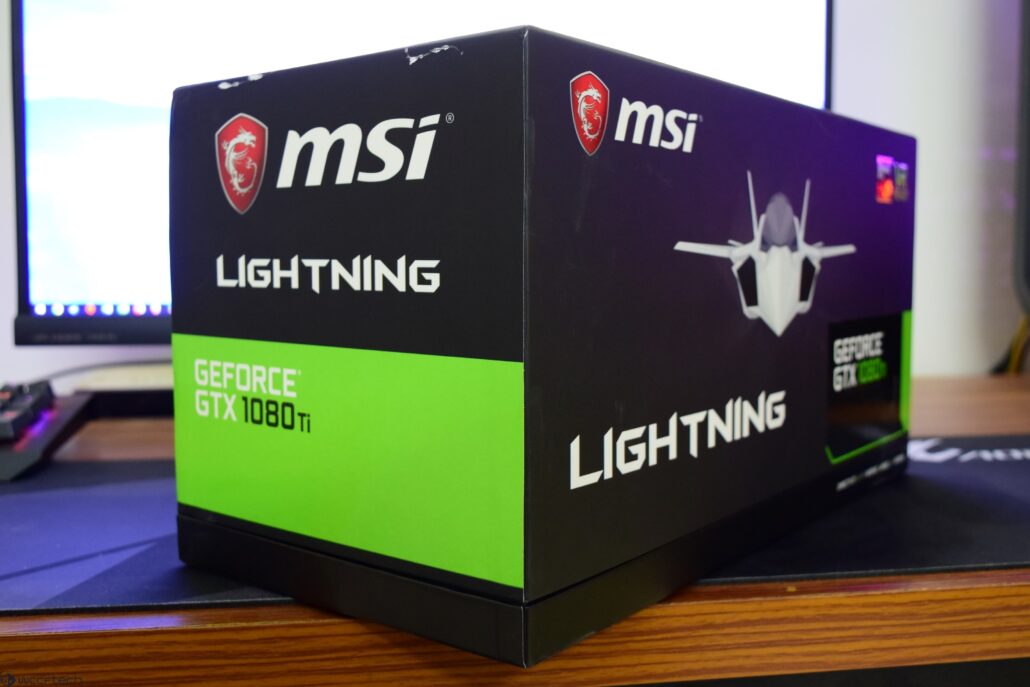 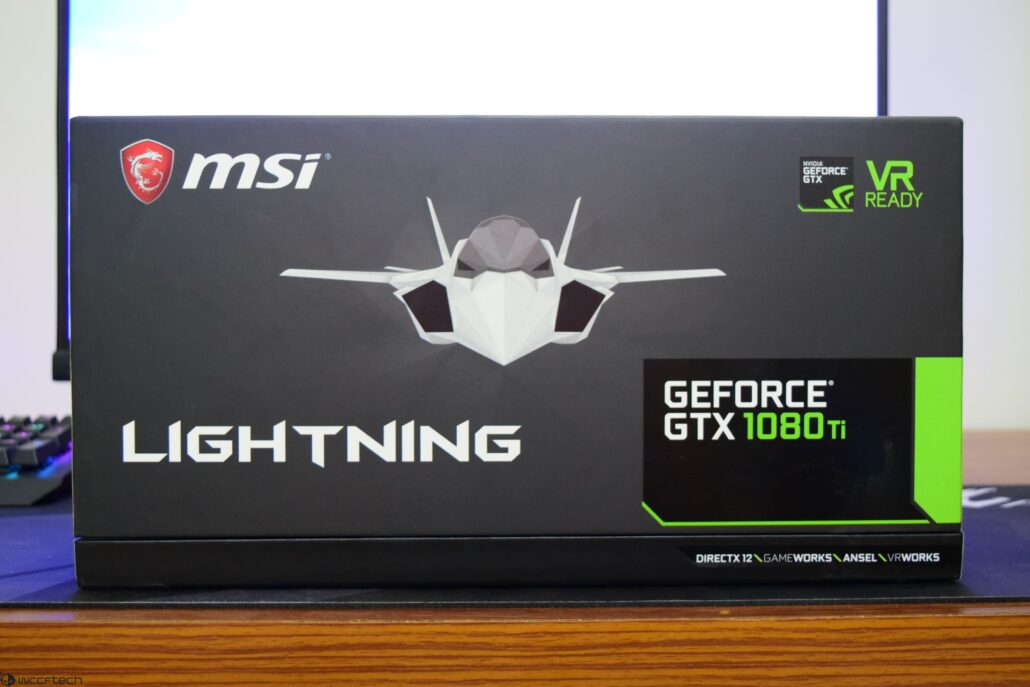 The back side of the box contains overview of the various features along with the graphics cards specs. Some key information about MSI's custom LED Lighting through their Mystic LED system is displayed on the box. There’s also detailed overview of MSI's Twin Frozr VI heatsink and MSI's Gaming App. 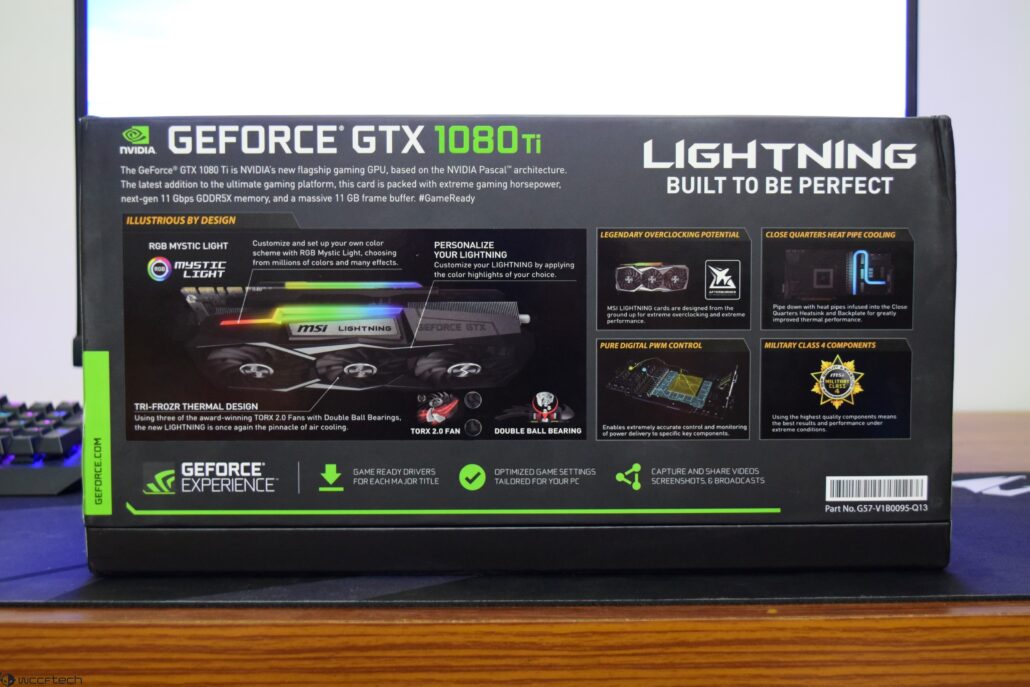 The accessories come in a large box that includes a Guide book, a Product Manual, A Driver Disk, a pair of molex connectors, thermistors, different color stickers that can be applied on the front side of the card, a Thank You letter and a triple slot I/O bracket which is coated in matte black color and looks great. The card is triple slot so it makes a lot more sense to use this instead of the dual slot IO panel as the triple slot one provides increased flow for exhaust air. 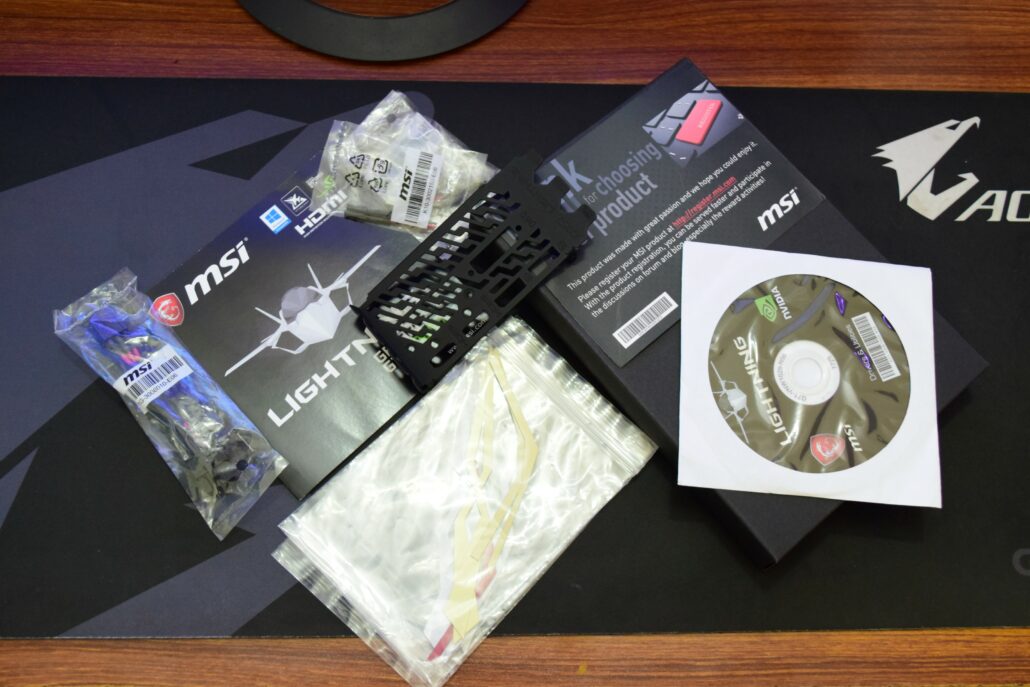 Out of the box, the GeForce GTX 1080 Ti Lightning X is one huge graphics card. It’s tremendous in size and we can also expect the same in terms of performance. 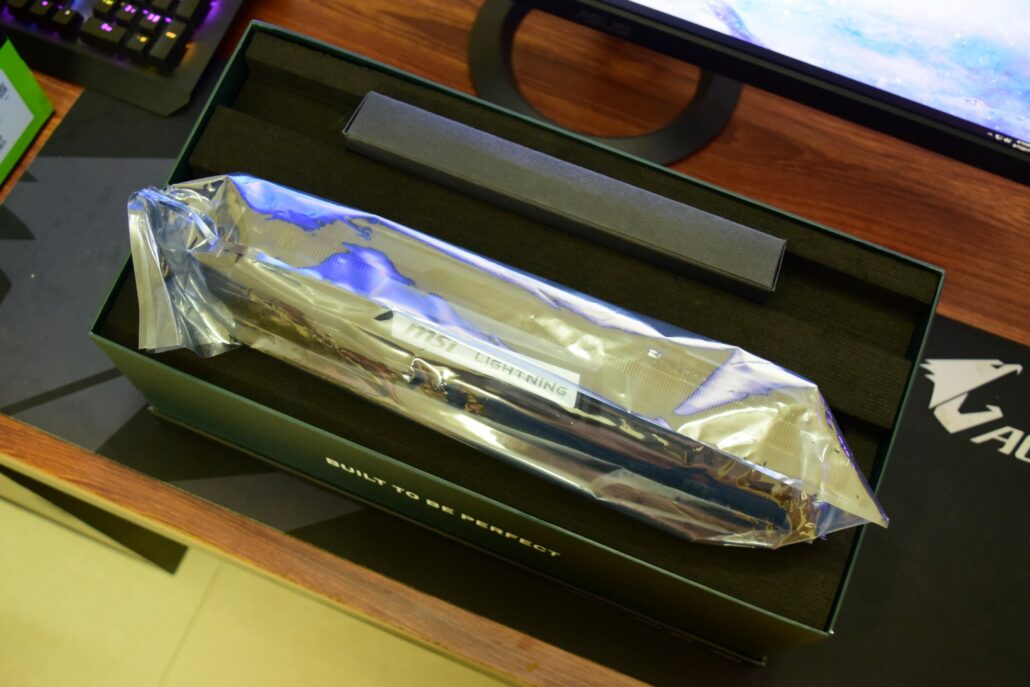 That’s about it as far as the package is concerned and we move over to the unboxing section where we will get a detailed look at the card and other aspects of the product. 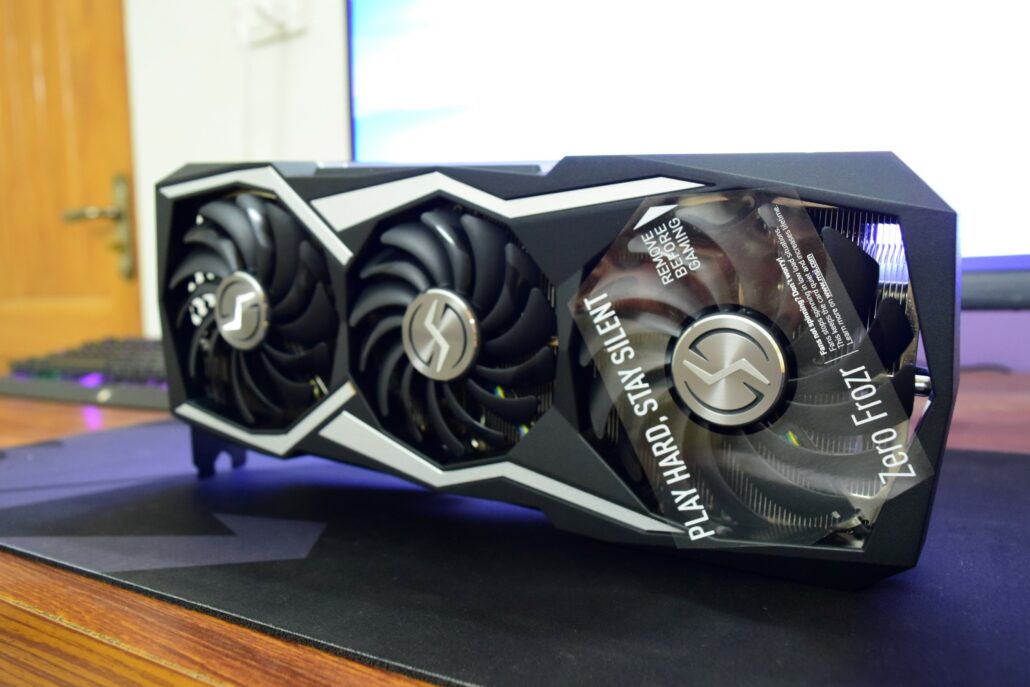