Episode 4 left fans of Life is Strange 2 on one of the biggest cliffhangers the series, and I will be referencing it throughout. Episode 4 starts two months after that with Sean in the hospital facing a trail and Daniel still gone. I will do my best not to spoil anything from Episode 4 though, but be careful.

One thing that Life is Strange has always done well is the pacing. Its knows when to slow down and when to speed up, even if you might not agree with the decision. Episode 4 starts off slow, with lots of throwaway references to the characters you’ve met along the way and your upcoming transfer to a juvenile detention centre. Its an awkward and tense introduction to the episode, but it fits really well for where Sean is and sets an uncomfortable tone for the whole adventure.

This is Sean at his lowest point according to DONTNOD, which is hopefully good news for Episode 4, but that does mean you will be working through some rough emotional baggage throughout this one. It's obvious to see, from the very beginning there is a distinct lowness in dialogue options, coming across as you frankly worrying self-hatred if you take the darker path.

There are a lot of themes in this episode of Life is Strange 2, but one of the most obvious, and most hard-hitting, is Sean’s self-punishment. Perhaps he feels he has to atone for losing his younger ward, but Sean is liable to be severely hurt this episode, getting no respite. It’s a testament to his character progression from Seattle stoner to where he is now, and what he can endure. It’s also a chance for Sean’s voice actor, Gonzalo Martin, to really shine. His performance in this episode is incredible and really adds layers to Sean’s emotional and mental state.

This episode's long penance is coupled with this episode's focus on other characters. With Daniel nowhere to be found, Episode 4 really hammers home how your choices will affect the other NPC you probably haven’t spent much time thinking about. This includes characters that only have a passing connection or interaction with Sean. While there has always been a strong moral challenge to the game, where players have to balance survival with how Daniel will perceive it. Clearly DONTNOD didn’t want to miss out on that heart-wrenching trial so now you’ll know the consequences for everyone else whenever you have to do something.

Like most of this series, Episode 4 is nomadic in nature, with a variety of new locations to explore. Without going into more detail, it also gives the chance to show some another dark side of American life. We’ve seen a lot in the Diaz brothers journey, but this is something hinted at sometime earlier, that we get to witness first hand.

The episode once again focuses more on the dialogue options and the consequences of them than traditional adventure game puzzles. There’s no QTEs or anything to worry about either. Especially without Daniels powers, there isn’t a lot that Sean could do, and thankfully we don’t have to combine items randomly until we find a solution.

But the game has a lot of surprises. There are some of the most dramatic moments in all of Life is Strange in this episode, with tense standoffs, sudden reveals, and difficult decisions. Its a rollercoaster of a game that like I said knows exactly when to slow it down and when to speed it up.

The heart of the episode is in a single conversation, a conversation that pushes avoids the trappings of the magic and unimaginable challenges that we’re used to in Life is Strange. It’s a conversation you can immediately connect to. And I found myself in connecting the dialogue choices in a way that I haven’t before. It's really powerful and gives you the chance to say some things that maybe you haven’t had the chance to in real life.

Life is Strange 2 - Episode 4 is filled with surprises that fan have been waiting for since the start, as well as a dogged determination and pain that really draws you into Sean's journey, but a simple conversation is by far the most intense and memorable part of the adventure so far. 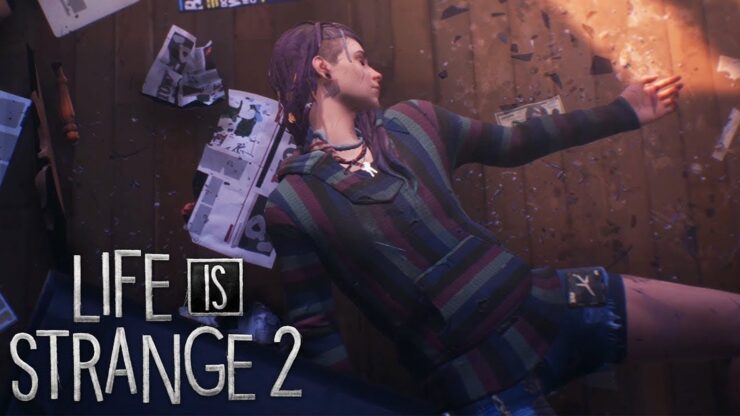 Episode 4 has some of the most exciting, challenging and emotional moments seen in Life is Strange so far. It connects with the player in a way that other episodes haven't without losing the signature style and pace of the stellar series.