We’re back with the Diaz brothers once again, trying to stay one step ahead of disaster without destroying too much of their sibling relationship. After the potentially horrifying end of episode two, the game thankfully takes place several months later which has given both Sean and Daniel the chance to recover from, or at least compartmentalise their trauma.

Out of the snow and into the beautiful oranges of a great redwood forest, episode three is easily the most static section of Life is Strange 2, but it works perfectly for the tone. Like Max and Chloe’s adventure, Wastelands will see you retreading over a handful of fantastically introduced locations throughout this short adventure. From the pristine lake to the aforementioned forest, if nature was this beautiful I would pack my bags and wander into the undergrowth tomorrow. Life is Strange, developed by French studio DONTNOD, has always had a somewhat rose-tinted view of Americana, and this episode is the most obvious example. Living with a band of misfits, tourists and hippies, the brothers find themselves working on an illegal weed farm, drinking and smoking the nights away. It's unrealistic but so desirable. 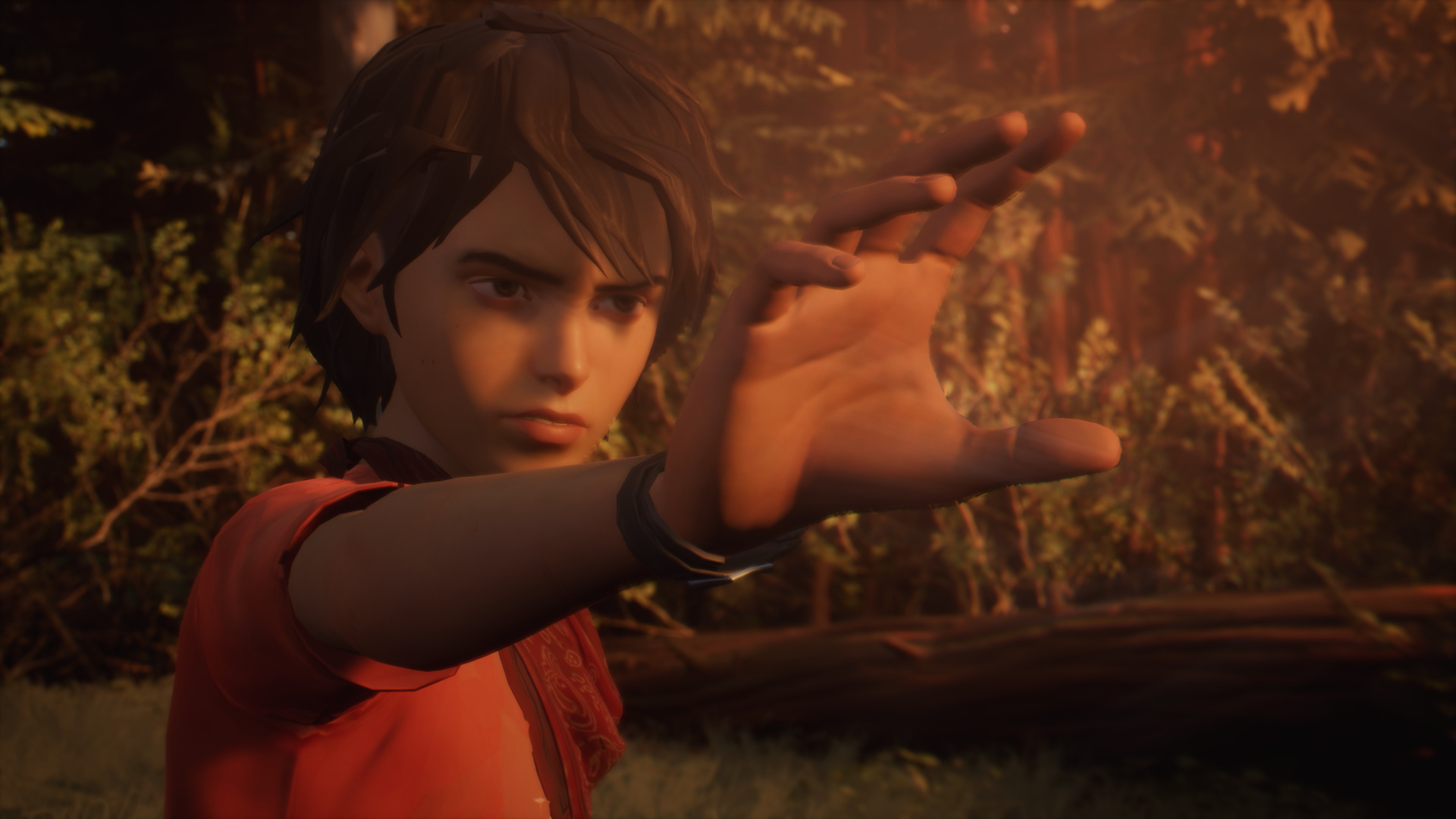 These repeated locations allow the player to get a sense of place that wasn’t so easily found in the constantly nomadic earlier episodes. It also gives the chance to really delve into the side characters around the brothers this time. In fact, the relationship between Sean and Daniel is strained throughout this episode because Daniel is jealous of all the attention these side characters are getting. But with such an interesting cast, it's hard not to spend time talking to them every chance you get.

The basic structure of Wastelands is more or less the same for anyone familiar with the formula. Enter a location, go and look at and touch everything you can, talk to everyone in the area, then make a morally challenging decision before moving on. There was only one real puzzle element in this game and it's over in just a couple of minutes, instead this episode focuses on the character interaction. A handful of characters make a return from the previous episode and its fantastic to get to know them, and explore their relationships with each other and the brothers. Wastelands also give you the chance to finally give Sean a little bit of personal time.

For two episodes now nearly every decision has been framed around how it will affect Daniel, but in Wastelands you can safely make a few decisions just for Sean. It's probably the most time we’ve had with Sean, and it's neat to get to know the character outside of the relationship with his brother. Daniel, on the other hand, behaves just like a little brother, throwing tantrums and tree trunks around at the drop of a pin. His behaviour is not entirely unexpected given his absurd situation and impossible powers, but that doesn’t make it easier to love him. I can only assume we’re meant to get annoyed by Daniel's seemingly random mood swings, encouraging Sean to lash out or distance himself from his brother, and it is tempting. 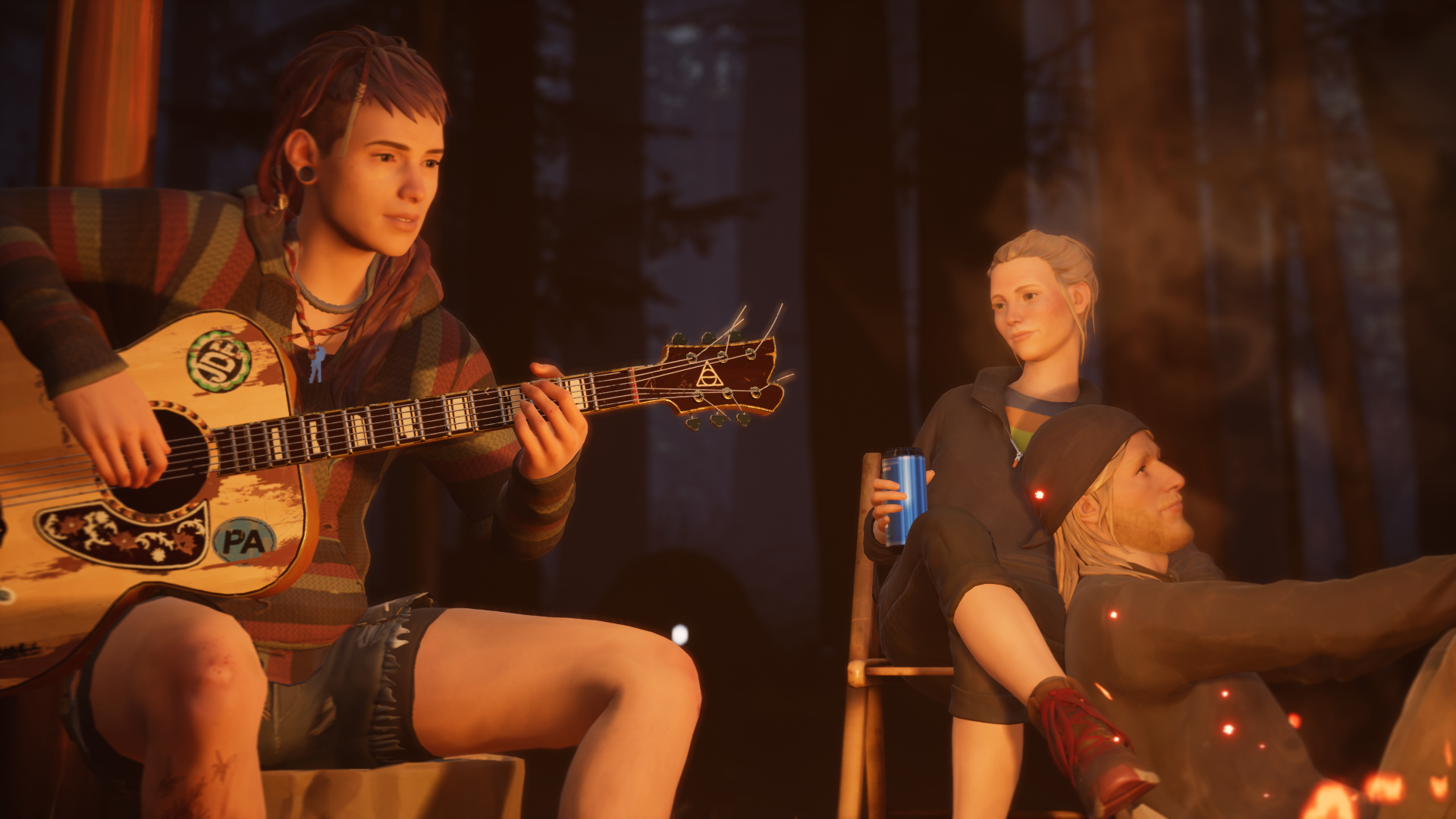 Some of the choices that you are given this episode give space to topics and themes only really referenced in passing for the series. From drugs to sex and romance, it's a bit of tonal shift for the series, but the slowed narrative gives a chance to really explore them in a way that didn’t feel simply crowbarred in for the drama. The choices in episode 3 that do affect both the brothers are the trademarked shade of grey that you come to expect from Life is Strange, and ram up to a final decision that is really challenging, influencing several characters you’ve met this episode. While a lot of the story beats are quite obviously telegraphed and foreshadowed, the tension leading up them and immediately afterward is still a gut punch.

The entire episode is once again wrapped in an outstanding soundtrack that elevates and underpins the emotional and physical journey the characters have been on so far. Life is Strange 2 has had me pull off Shazam more often than any other series and Wastelands keeps the music going strong.

The episode ends on a dramatic cliffhanger which leaves you excited for the next one. Unfortunately, with no date announced and normally a long way to go, that excitement might fester into annoyance before we reach the end. It might have been nicer to see a little more of the result of your final encounter, but at least for now we’re certainly gripped.

That being said, Wastelands is probably the best episode of Life is Strange 2 so far. Letting us really get to know the characters over a range of locations and feeling your decisions affect them immediately had a real emotional payoff. On top of the beautiful scenery, interesting side characters and engaging soundtrack, fans of Life is Strange won’t be disappointed in the Wastelands.

Life is Strange 2 - Episode 3 continues to impress in terms of soundtrack, setting and character development. It's not as fast paced as the others in this series, but it works perfectly for the emotional narrative underpinning the overall journey.